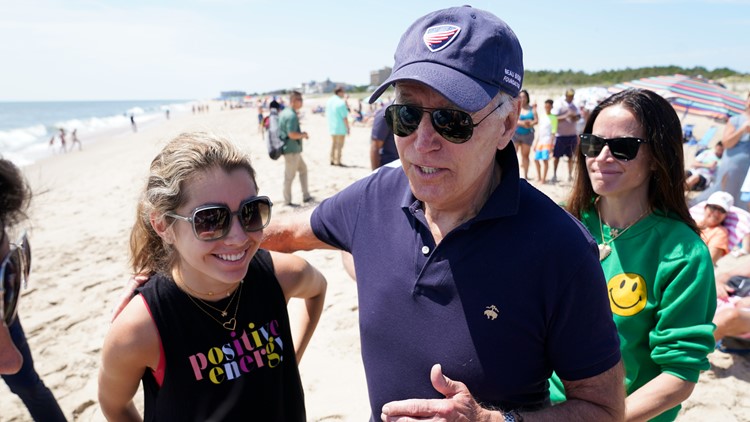 Biden hinted to reporters Monday that his decision could come by the end of the week.

REHOBOTH BEACH, Del. — President Joe Biden said Monday he was considering a federal holiday for the gasoline tax, potentially saving Americans as much as 18.4 cents a gallon.

“Yeah, I’m thinking about it,” Biden told reporters after strolling on the beach. “I’m hoping to make a decision based on the data – I’m looking through the end of the week.”

The government is increasingly looking for ways to spare Americans higher prices at the pump, which began to rise last year and rose sharply after Russia invaded Ukraine in February. According to the AAA, national gas prices average just under $5 a gallon.

The Biden administration has already released oil from the US strategic reserve and increased ethanol blending for the summer, in addition to a letter to oil refiners last week urging them to increase their refining capacity. However, these efforts have yet to significantly ease price pressures, so the government is now considering a tax exemption for gas. Taxes on gasoline and diesel help pay for highways.

The Penn Wharton Budget Model released estimates Wednesday showing consumers have been saving at the pump because of gas tax holidays in Connecticut, Georgia and Maryland. Most of the savings went to consumers rather than to gas stations and others in the energy sector.

In an interview on ABC’s This Week on Sunday, Treasury Secretary Janet Yellen expressed her openness to a state gas tax exemption to give motorists some relief.

World markets down after US inflation report

Editorial: Charge Trump for crimes against the United States