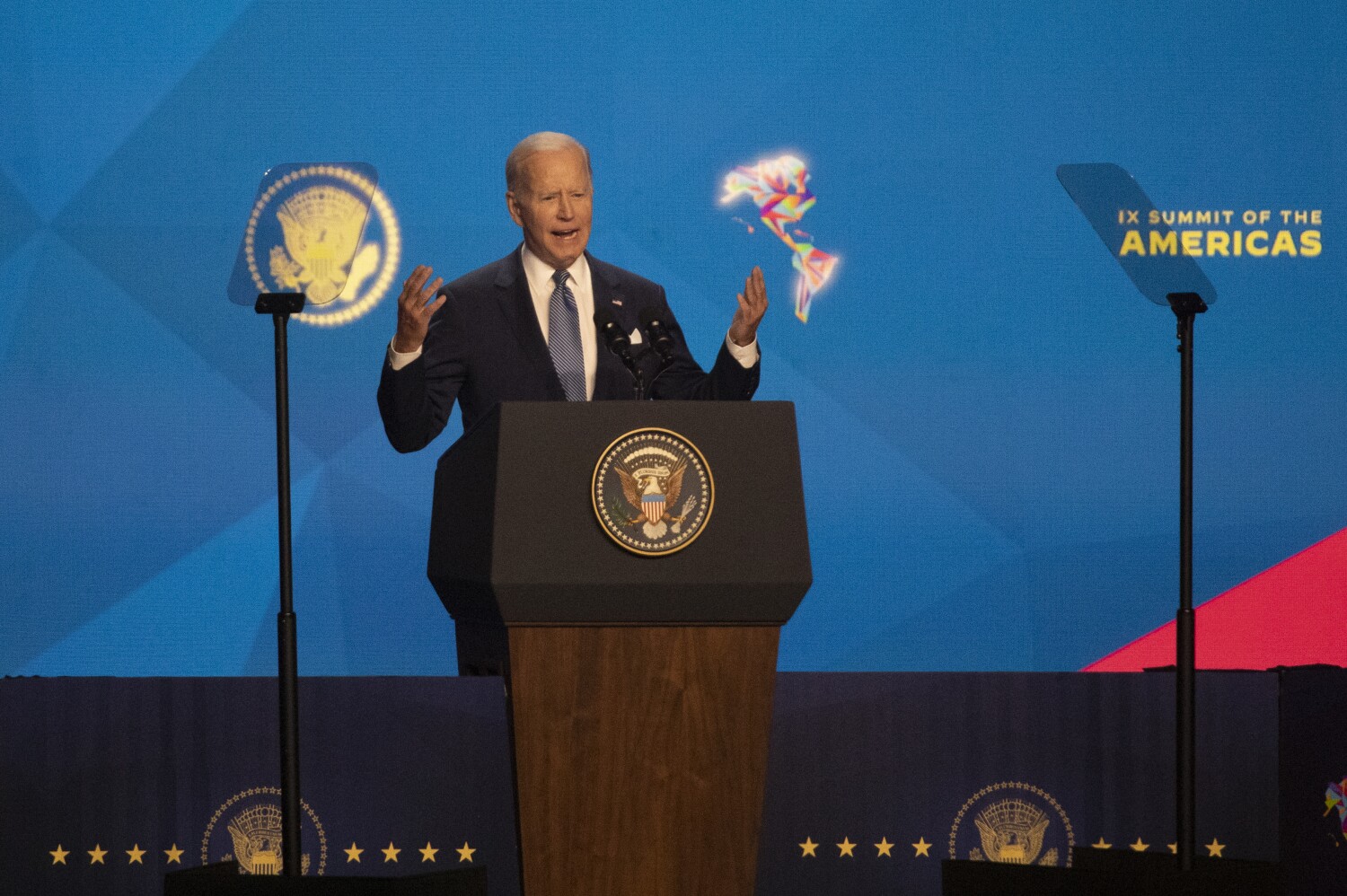 President Biden and leaders in the western hemisphere will sign a much-anticipated declaration on Friday that includes commitments to expand legal avenues for migrants and refugees, as well as more U.S. funding to help other countries take in migrants.

It’s unclear how many nations will sign the “Los Angeles Declaration” amid the boycott by several key Latin American leaders. But US officials said the government had received enough pledges to take serious steps to deal with the migrant crisis.

Countries set to sign the declaration include Belize, which will grant legal status to undocumented migrants who have lived in the country, and Canada, which will step up its refugee resettlement efforts.

Mexico will also join the declaration and launch a new temporary work program for 15,000 to 20,000 workers from Guatemala. The country will expand eligibility for this program to Honduras and El Salvador “in the medium term,” according to a fact sheet provided by the White House.

Mexico is a major player in the region and its cooperation is essential to stem the flow of migrants to the US. His participation in the migration deal was in doubt after Mexican President Andrés Manuel López Obrador decided to skip the summit to protest the US decision to expel leaders from several countries it says is anti-democratic. Instead, he sent his foreign minister, Marcelo Ebrard. The leaders of El Salvador, Guatemala and Honduras also did not attend.

As part of its commitment to the Migration Declaration, the Biden administration plans to allocate $314 million in humanitarian assistance, funded by the US Agency for International Development and the State Department. It will also issue H-2B visas for non-agricultural seasonal workers to 11,500 nationals of northern Central America and Haiti.

Biden will also announce increased efforts – in cooperation with other countries – to combat people smuggling.

Other countries will also take steps to address the migration crisis, which has led to a spike in the number of migrants traveling to the US

Canada will also provide US$26.9 million for migration management and humanitarian assistance for the 2022-23 fiscal year. Spain will commit to doubling the number of commutes for Hondurans.

The statement concludes with a week of meetings between foreign dignitaries, attorneys and more than 23 heads of state who gathered in Los Angeles to discuss regional challenges such as the COVID-19 pandemic, tackling climate change, economic inequality and migration.

Diplomatic spats over the government’s decision to expel the leaders of Cuba, Nicaragua and Venezuela for lack of democracy and respect for human rights have fragmented the conference, which was held in the United States for the first time since its inaugural meeting in Miami in 1994.

On Thursday, leaders of Bolivia and Argentina criticized the decision to omit some leaders in the region while Biden and Vice President Kamala Harris looked on nearby. Belize Prime Minister John Briceño called it “inexcusable” that some leaders were absent.

Among other measures provided for in the migration pact, the Biden administration will pledge to relocate 20,000 refugees from America over the next two years and to resume probationary family reunification programs in both Cuba and Haiti in the coming months, allowing US citizens and allows permanent residents to apply for parole for their dependents in those countries.

The statement will praise the efforts of Colombia and Ecuador, which have already taken steps to welcome some of the more than 6 million Venezuelans who have fled their country in recent years. Colombia will commit to legalizing permits for an additional 300,000 Venezuelan migrants and refugees by the end of August.

Savi Arvey, policy adviser on the migrant rights and justice team at the Women’s Refugee Commission, said the statement contained some “positive first steps” and advocates hope participating countries will live up to their commitments.

“These are good first steps, but as countries work together, we hope for larger bolder action, particularly on international protection,” she said.

It is peak cherry season! These recipes bring out the best in California's crop