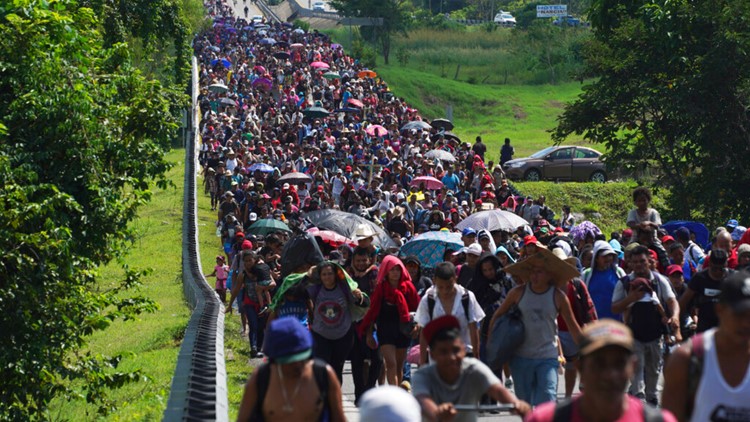 It is the second face-to-face meeting between Biden and López Obrador at the White House.

WASHINGTON — President Joe Biden meets with Mexican President Andrés Manuel López Obrador on Tuesday for talks that the White House says will demonstrate the underlying strength of a relationship that has fueled the disagreements among leaders of late was more notable on issues such as energy and Ukraine policy.

López Obrador declined Biden’s invitation to the Summit of the Americas in Los Angeles last month after unsuccessfully urging the US to include the leaders of Cuba, Nicaragua and Venezuela — all countries with anti-democratic regimes. The Mexican leader has also called US support for Ukraine in its war with Russia “a blunder” and has criticized the US for providing military assets to Ukraine faster than financial aid to Central America.

There are also political backlashes in Washington, where leading Republicans have pointed to a rising number of people from Mexico and Central America illegally crossing the US southern border and have criticized the Democratic president’s administration for not doing more to help curb migration.

It is the second face-to-face meeting between Biden and López Obrador at the White House. In addition, they have spoken virtually and made several phone calls over the past year in the midst of the coronavirus pandemic. First Lady Jill Biden received Mexico’s First Lady Beatriz Gutiérrez Muller during the White House’s Cinco de Mayo celebration this spring.

Tuesday’s talks come just ahead of Biden’s departure for Israel, the West Bank and Saudi Arabia.

Senior Biden administration officials say U.S.-Mexico relations are a priority and that the countries plan to announce joint actions to modernize and improve infrastructure along key parts of the 2,000-mile border and encourage law enforcement cooperation against the fentanyl Improve smuggling and promote clean energy.

They also plan to announce a working group to promote more opportunities for legal migration of workers, discussions which officials said could eventually be extended to workers from other countries.

In a preliminary meeting with reporters, administration officials declined to specify which visa programs to support legal migration could be expanded, or by how much. They said the agreements expected to emerge from the meeting are more about demonstrating binational cooperation than giving concrete numbers.

Officials also didn’t say whether the Biden administration will urge Mexico to do more to prevent people from crossing its territory to then enter the U.S. illegally — a key demand from Biden’s predecessor, President Donald Trump. Instead, officials said Mexico and the US are equal partners on immigration, and both countries have previously committed to strengthening mechanisms to process incoming migrants who apply for asylum, while expelling those who don’t qualify more efficiently.

Vice President Kamala Harris, who has been tasked with investigating the root causes of immigration across Latin America, also plans to invite López Obrador to a breakfast on Tuesday.

The Mexican president has also spoken louder about trying to curb inflation than curbing climate change or promoting energy efficiency. US officials want him to back away from his reliance on fossil fuels and his efforts to prioritize his country’s state-owned electricity utilities at the expense of foreign-built plants that run on natural gas and renewable energy, another issue surfacing could.

López Obrador has repeatedly criticized the Biden administration, including condemning US efforts to extradite Wikileaks founder Julian Assange from Britain for prosecution. He has vowed to raise the issue during Tuesday’s meeting, and Biden officials say they are ready to discuss it.

Deputies’ pursuit of underage driver ends in fatality in L.A.

Editorial: Repeal California’s ban on state-funded travel to some states