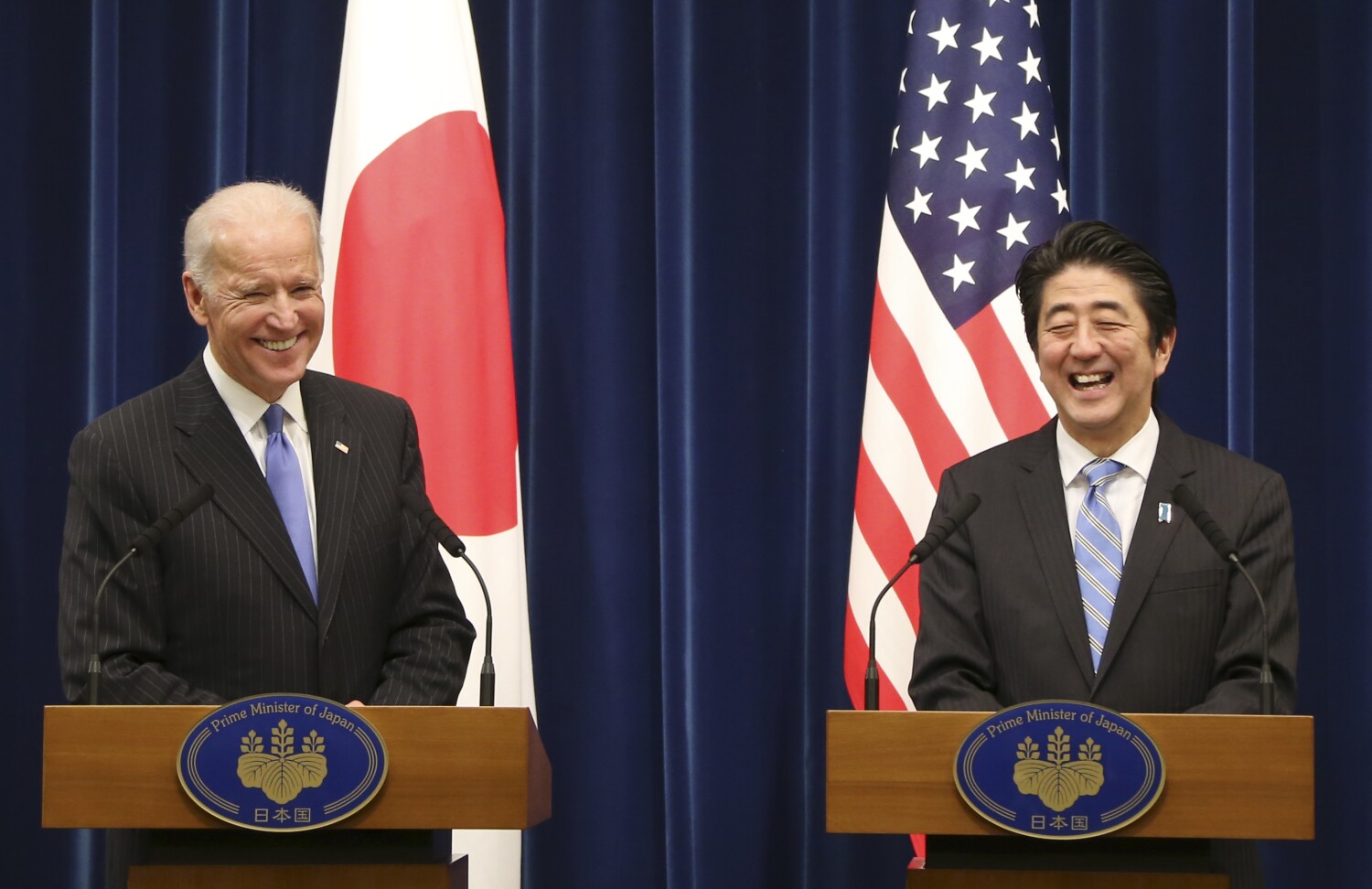 President Biden and other US leaders mourned the loss of Japan’s former Prime Minister Shinzo Abe, who was assassinated on Friday while delivering a campaign speech ahead of his country’s general election.

“I am stunned, outraged and deeply saddened by the news that my friend Abe Shinzo, former Prime Minister of Japan, was shot dead during the election campaign,” Biden said in a statement. “This is a tragedy for Japan and for all who knew him.”

Speaking to reporters at the White House on Friday, Biden said he did not believe the assassination would have “a profound destabilizing impact on Japanese security and solidarity.” The island nation remains a “very stable ally,” Biden said, adding he will visit the country’s embassy in Washington to sign a book of condolence.

As vice president, Biden worked closely with Abe to reduce nuclear stockpiles and de-escalate tensions with China. Abe resigned as prime minister in 2020 due to ill health.

Abe, 67, was fatally shot in broad daylight on Friday in Nara, a western city about 300 miles from Tokyo. Japan is known for having strict gun laws, and early reports suggest the assassin used a home-made gun.

Abe was the longest-serving prime minister in Japanese history, working closely with former Presidents George W. Bush, Obama and Trump during his tenure.

As prime minister, Abe reaffirmed Japan’s influence in world politics and helped herald modest economic gains. He sought to reassert Japan’s influence on the international stage by bringing the 2021 Summer Olympics to Tokyo and building up Japan’s military despite its pacifist constitution. And he drew controversy by spearheading efforts in Japan to whitewash wartime atrocities committed by Japan.

On the 75th anniversary of Japan’s attack on Pearl Harbor in 2016, Obama and Abe threw flower petals on the water, warning of the threat posed by isolationists and those seeking to withdraw from international cooperation.

The ceremony took place after Trump won the presidential election but before he took office. Abe wasted little time in bonding with Trump, who had campaigned with an “America First” agenda, and was the first foreign leader to visit the then-president’s resort in Florida.

On his social media platform Truth Social, Trump said the assassination was “really BAD NEWS FOR THE WORLD!”

Abe “was a unifier like no other, but above all he was a man who loved and cherished his great country, Japan,” Trump said. “Shinzo Abe will be greatly missed. There will never be another like him.”

Former President Obama said on Twitter that he was “shocked and saddened” by Abe’s death and described the former prime minister as a “longtime partner” who is “dedicated both to the country he served and to the extraordinary alliance between the United States and… Japan prescribed. ”

Labor Day 2022: Gas prices dip below $4 a gallon in the Delaware Valley for the first time in months