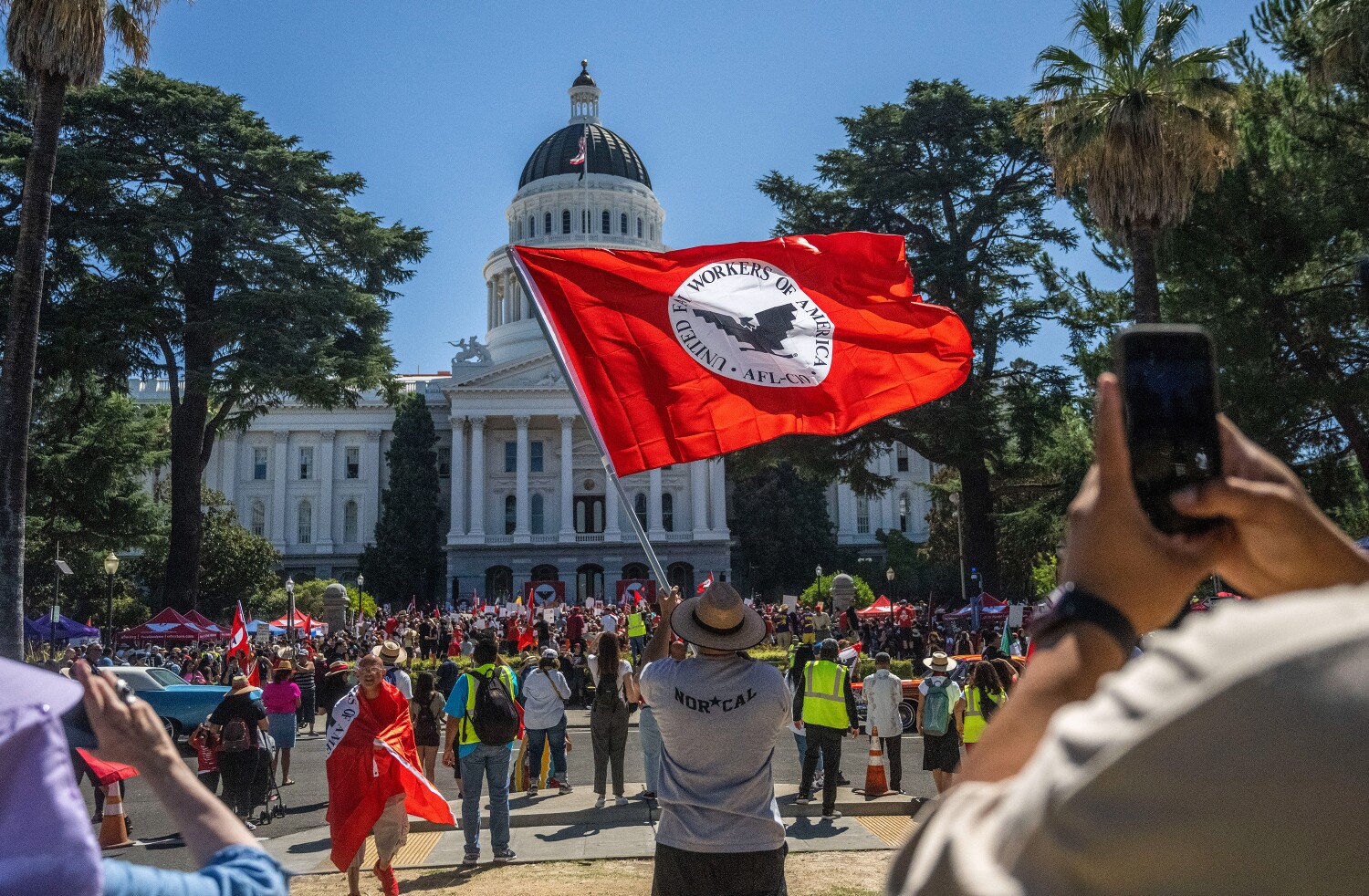 In a usual foray into California state politics, President Biden weighed Sunday in support of a proposed law, now on Gov. Gavin Newsom’s desk, that would make it easier for farm workers to organize.

“Farm workers have worked tirelessly and at great personal risk to keep food on America’s tables during the pandemic,” he said. “In the state with the largest population of farm workers, we owe them at least an easier way to make a free and fair choice to form a union.”

So far, Newsom has not signed Assembly Bill 213, written by Assembly Member Mark Stone (D-Scotts Valley) and approved by both the Assembly and Senate last month. Newsom vetoed a similar measure last year.

Newsom officials could not be reached on Sunday. But last month a spokesman issued a statement that the governor is “eager to sign legislation expanding opportunities for farm workers to convene and be represented” but that the governor does not support the law as it stands.

The proposed law gives rural workers a choice in how they vote in union elections, including voting by mail. Currently, the state holds secret ballot union elections at a polling station designated by the state Agricultural Labor Relations Agency.

Union officials said the changes were necessary to protect farm workers from intimidation and deportation for supporting a union. However, the Newsom spokesman said his office “cannot support an untested mail-in voting process that lacks critical provisions to protect the integrity of the election and relies on the assumption that the government cannot effectively enforce laws.”.”

Biden’s action came just over a week after the United Farm Workers completed a 335-mile march from UFW headquarters near Delano to the state capitol to try to pressure Newsom into signing the law.

In 2020, the UFW endorsed Biden for president, largely in the hope that he would help undocumented “dreamers” and implement other immigration reforms and labor protections.

“A Biden presidency can help enact the same rules that prevent farm workers from dying or getting sick from extreme heat that the UFW won in California,” UFW President Teresa Romero said at the time.

In March 2021, the White House retaliated when First Lady Jill Biden visited Forty Acres in Delano, the historic birthplace of the United Farmworkers, and met with family members of César Chávez.

As The Times reported at the time, they were introduced by Julie Rodriguez, director of the White House Office of Intergovernmental Affairs and granddaughter of Chávez.

In a culture of family and achievement, Vietnamese homeless feel like outcasts