Billie Eilish really seem happier than ever. The newest source of serotonin for Grammy and Oscar winners comes in the form of indoor kart racing — and mild abuse David Letterman.

“I’m right behind you,” scoffed Eilish in an exclusive clip from the upcoming episode of My next guest needs no introduction. After turning down his proposed mini golf trip, Happier than ever former challenge singer Late show host a competition on the K1 speed track. “I’m nervous because I’m getting older,” Letterman told Eilish, who quipped, “I know.” Rest assured, the duo – along with the pop star’s mother – left it untouched and in good spirits, though Letterman joked that officials would “look at the tape”.

Fans will have to wait for the episode to close on Friday to see what topics the pair discuss, but Eilish, who sat down for a Time Capsule interview with Vanity Fair Since 2017, she is no stranger to sharing details about her life in front of the public.

Outside the There’s no time to die singer, the fourth season of the Netflix talk show series including episodes with Cardi B, Kevin Durant, Julia Louis-Dreyfus, and Ryan Reynolds. Also notable is an episode with Will Smith, has a pre-recorded interview before the 2022 Oscars in which he slaps the host Chris Rock stage. 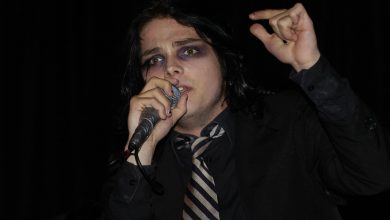 Will Smith is back on social media. His new post is too real

500 Horses, 1000 Performers, and a Standing Ovation: What the Queen Saw at This Year’s First Jubilee Pageant