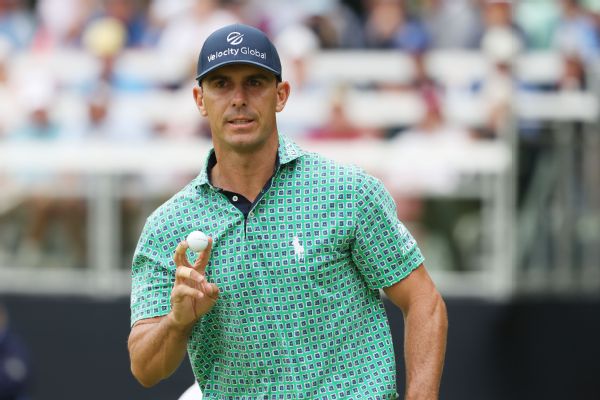 During a press conference ahead of the Scottish Open on Tuesday, Horschel said he had no “ill will” towards players who had left but took offense at some of their comments about the PGA Tour.

“I was really frustrated by that because there are a lot of guys who are hypocrites who aren’t telling the truth who lie about some things and I just can’t take anymore to sit here and be diplomatic like I used to be in the past,” Horschel said. “I don’t blame anyone for playing the LIV tour. I have no ill will for anyone playing the LIV tour. I have ill will towards comments they’ve made, comments, who say that [PGA Tour commissioner] Jay Monahan isn’t listening, the PGA Tour isn’t listening to us.

The DP World Tour has banned its members who have played LIV golf events from this week’s Scottish Open and two other events co-sanctioned by the PGA Tour. Also, members were fined about $121,000.

On Monday a British court lifted the suspension of Ian Poulter and two other players, Justin Harding of South Africa and Adrian Otaegui of Spain, from the DP World Tour. The decision allows them to compete in the Scottish Open.

“I think they made their bed,” Horschel said. “They decided to play on a tour and they should play this tour. You shouldn’t come back here to play the DP World Tour or the PGA Tour. To say that they also wanted to support that tour or the further DP or PGA tour while I’m playing the LIV tour is completely idiotic in my opinion.”

Players competing in the LIV golf series were allowed to play at the US Open if they qualified and the R&A will also allow them to play at the 150th Open Championship at St Andrews in Scotland next week.

“Listen, there’s a little division in the dressing room, and some are more excited than others,” Horschel said. “I have no ill will, but I’m just tired of hearing comments that aren’t truthful.”

Free Fire MAX May 2022 update release date for Indian players: All you need to know