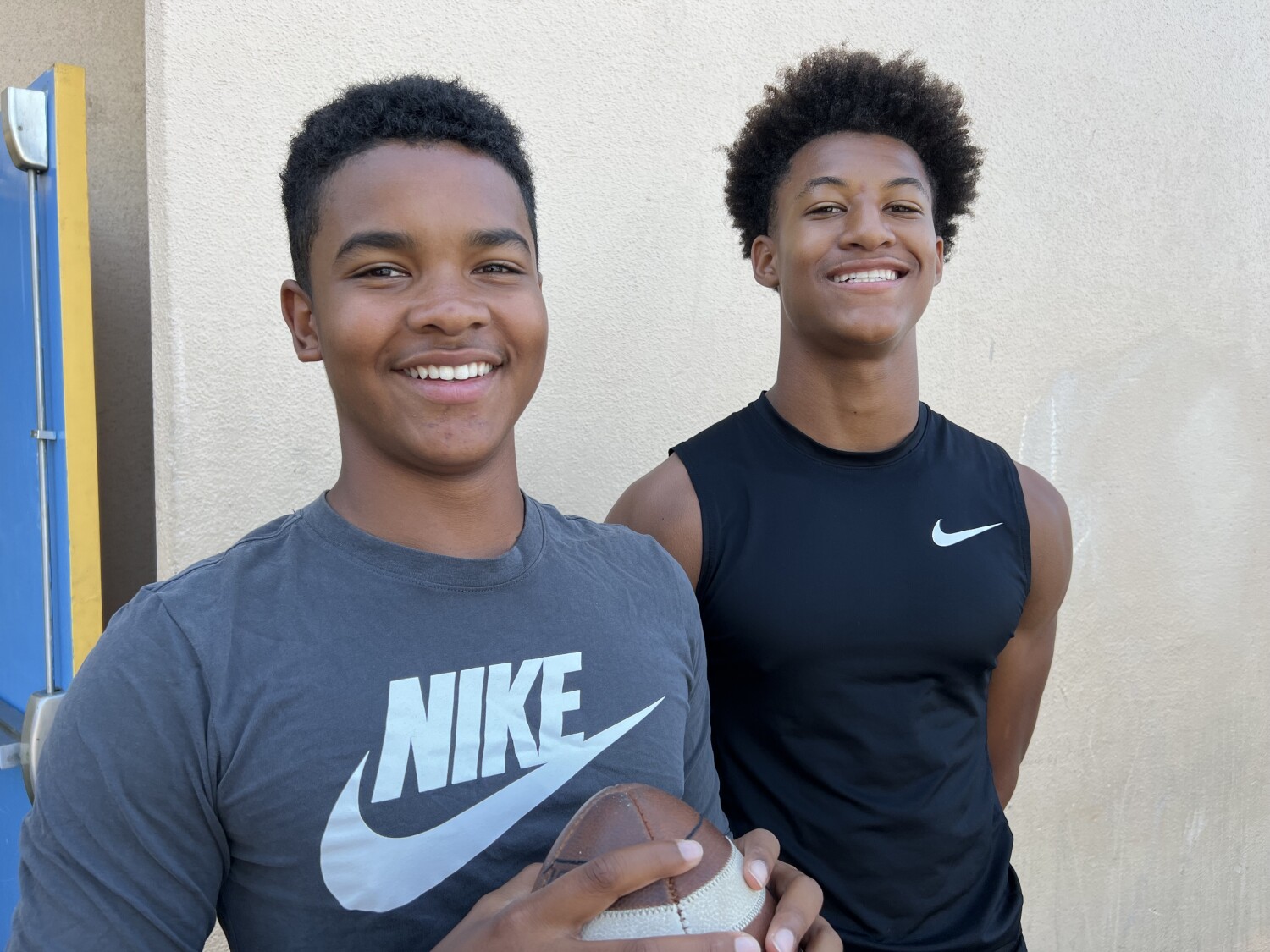 There was a changing of the guard on Monday, the opening day of summer football training at two-time City Section champions Birmingham. For the first time in four years, Arlis Boardingham was off the field. The 6-foot-5, four-year-old starter heads to Florida.

Coach Jim Rose wasn’t panicking when asked if there would be life without Boardingham as a receiver and linebacker.

The player identified as the Patriots’ next big-play weapon is junior Peyton Waters, who has grown to 6ft, 165lbs after a productive sophomore season as he became a dangerous receiver and standout cornerback in the playoffs.

“It’s a big responsibility,” Waters said of casting the roles Boardingham was so good at. “I feel like I can handle it.”

The priority for Waters, 16, this summer is putting in hours in the weight room to get stronger.

Waters is a three-sport player in his sophomore year in varsity football. His growth was rapid, both physically and mentally.

Second quarterback Kingston Tisdell, 15, will rely on Waters, junior Cayden Noble-Chapelle and one of the greatest offensive lines Rose has coached to put the Patriots in a position to win another City title.

“I like his distance running,” Tisdell said of Waters.

Birmingham are scheduled to take part in a seven-a-side pass tournament at Moorpark on Saturday, along with tournaments at Central Park in Saugus on June 25 and El Camino Real on July 9.

Birmingham were No. 5 in last season’s playoffs but dominated their City Section opponents after battling tough non-league Southern Section opponents. Rose intends to follow the same strategy this fall, although he will start primarily with undergrads.

Twin brothers Bo and Nick Tonga, transfers from Palmdale Highland who each weigh more than 300 pounds, will be Tisdell & Co. blockers.