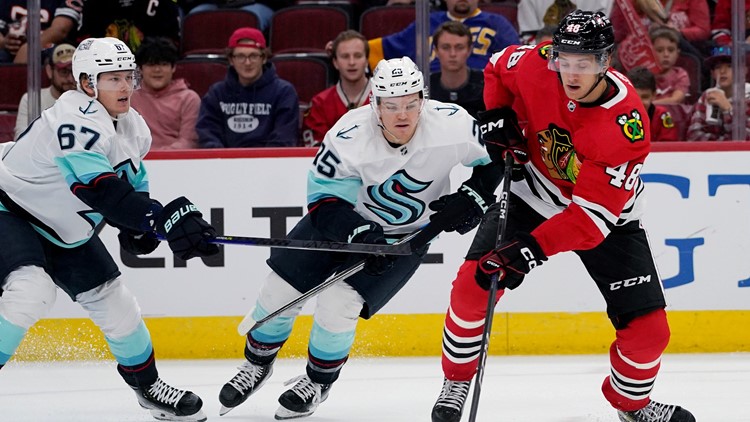 Max Domi and Jujhar Khaira also scored for Chicago (3-2-0), trailing 2-0 midway through the first period and 3-4 going into the third period. The Blackhawks also came from a two-goal deficit in their last two wins.

Johnson connected it with his second goal of the game at 4 with 7:03 left. He knocked out Martin Jones from the slot after taking a feed from Jonathan Toews from behind the net.

Dickinson then struck from the right circle with 6:50 left after Seattle defenseman Adam Larsson failed to control the puck cleanly.

Jared McCann had a goal and an assist for the Kraken in his second straight game. Vince Dunn, Andre Burakovsky and Matty Beniers also scored.