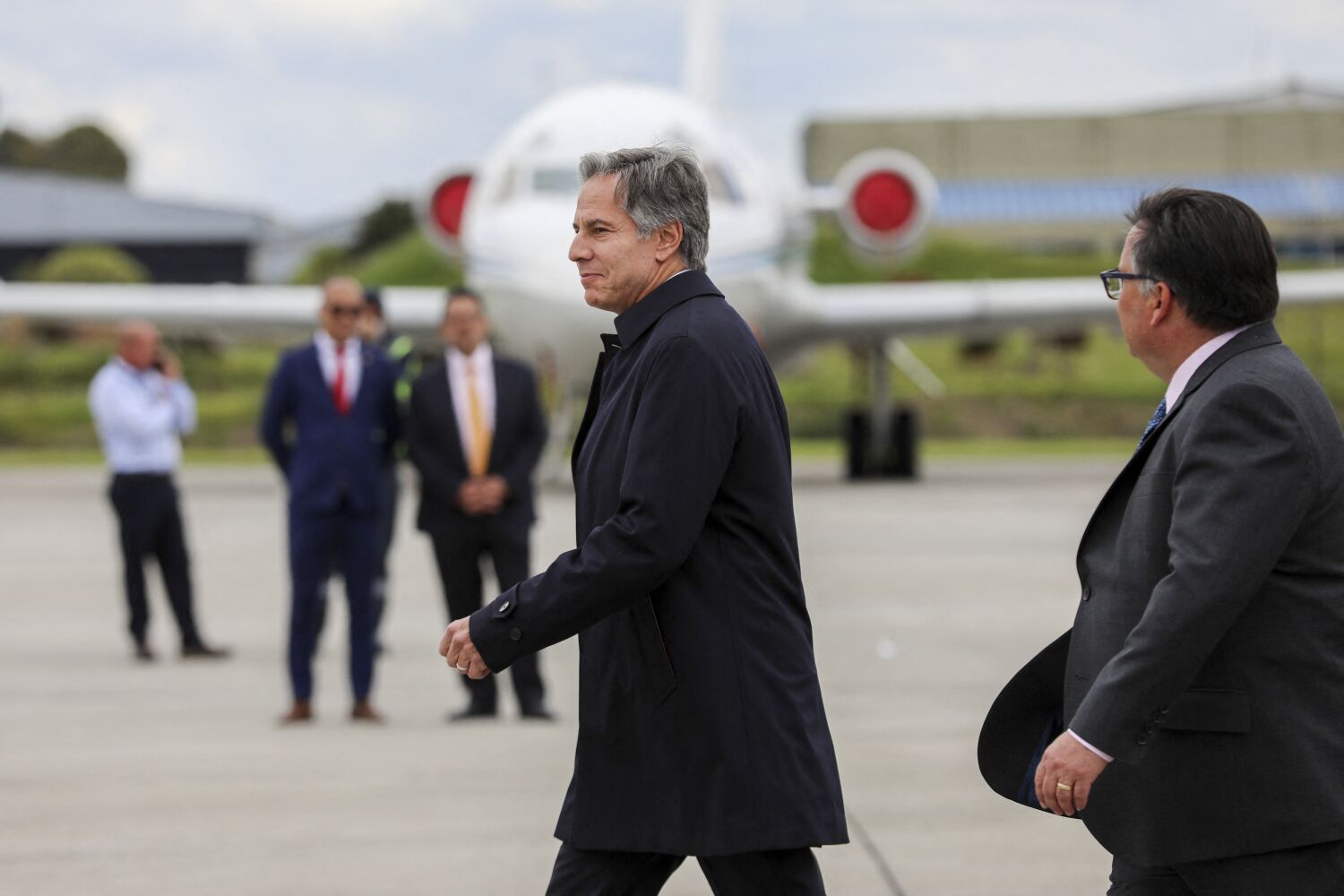 The Biden administration on Monday launched a week-long courtship of three of Latin America’s newest left leaders to find pragmatic common ground – rather than ideological confrontation – on a variety of issues including immigration, drug trafficking and China’s growing influence.

Secretary of State Antony J. Blinken began his mission in Bogotá, Colombia, by meeting President Gustavo Petro, who took office nearly two months ago, before departing for Santiago, Chile, and Lima, Peru. In Lima, Blinken will also represent the United States at a summit of the Organization of American States.

Government officials say they are confident they can maintain healthy ties with these countries even as much of Latin America continues to shift leftward. This is despite the glaring embarrassment suffered when President Biden refused to invite Cuba, Nicaragua and Venezuela to the June Summit of the Americas, a major event created to demonstrate hemispheric cooperation. Several countries boycotted in protest.

“We don’t judge countries by where they fall on the political spectrum, but by their commitment to democracy, the rule of law and human rights,” said Brian Nichols, assistant secretary of state for western hemisphere affairs, ahead of the trip.

He noted that Colombia, Chile and Peru have long been important trading partners with Washington, and all have uninterrupted – if sometimes turbulent – recent histories as democracies.

“Last year we celebrated 200 years of bilateral relations with Colombia,” Nichols said. “And this year we’re doing that with Chile and Peru.”

For Blinken, the first stop is expected to be the most challenging.

For decades prior to Petro’s election, Colombia was ruled by one of two major political parties, both centrist or center-right institutions typically seen as America’s best friends in Latin America. The Colombian and US governments cooperated fully in the militarized eradication of vast coca fields, extraditing drug traffickers and fighting guerrillas challenging the status quo in a fifty-year civil war.

However, Petro was once one of those guerrillas and has already challenged many of the common policies. He has branded the US-led war on drugs a failure and has called for a new approach that could end the forced eradication of illegal crops and include the legalization of some drugs.

Some US officials are privately concerned that cocaine production and exports, which have not wiped out the US billion-dollar effort, could explode if Petro changes its drug policy strategy too much.

Publicly, however, Blinken and other administration officials have indicated that there is a willingness to listen to new ideas.

“We have a very common approach on this,” a senior State Department official said of talks with Colombian government officials. “In our view, while law enforcement and security are important, necessary components of dealing with drugs, they are insufficient. We need to be more effective in dealing with the root causes that drive drug trafficking, that drive demand.”

The official, who briefed reporters on condition of anonymity, said he believes the Petro administration is “consistent” with this approach, noting that “if there are differences, we will work them through.”

Petro has also broken with the US by renewing ties with Venezuela’s controversial socialist leader Nicolas Maduro and implying it was a mistake to send more arms to Ukraine.

“Each country must pursue its own approach to these challenges,” the State Department official said when asked about Petro’s approach to Maduro.

In the Chilean capital later this week, Blinken will meet President Gabriel Boric, a former student activist and one of the world’s youngest leaders, and in Lima, President Pedro Castillo, a former schoolteacher and leftist mired in corruption allegations.

When asked about the trend to the left in Latin America, the State Department official said he believes the recent election seems “more about people who want governments that deliver results, whether they’re left or right.”

Blinken’s tour began the day after Brazilians voted for president in a race between incumbent far-right populist Jair Bolsonaro and former president Luiz Inácio Lula da Silva, a veteran leftist. Bolsonaro fared better than polls suggested, forcing the race into a runoff when Lula failed to get more than 50% of the vote.

Perhaps more than ideology, the bigger challenge in Latin America for the Biden administration might be China. President Xi Jinping has spent billions of dollars in the region on infrastructure, loans and other projects in a hitherto successful attempt to expand China’s influence and eclipse the traditional US presence.

Immigration will also be a major issue in all three capitals to counter what the official described as a “truly historic” displacement of people around the world.

What happens if the L.A. councilmembers resign?