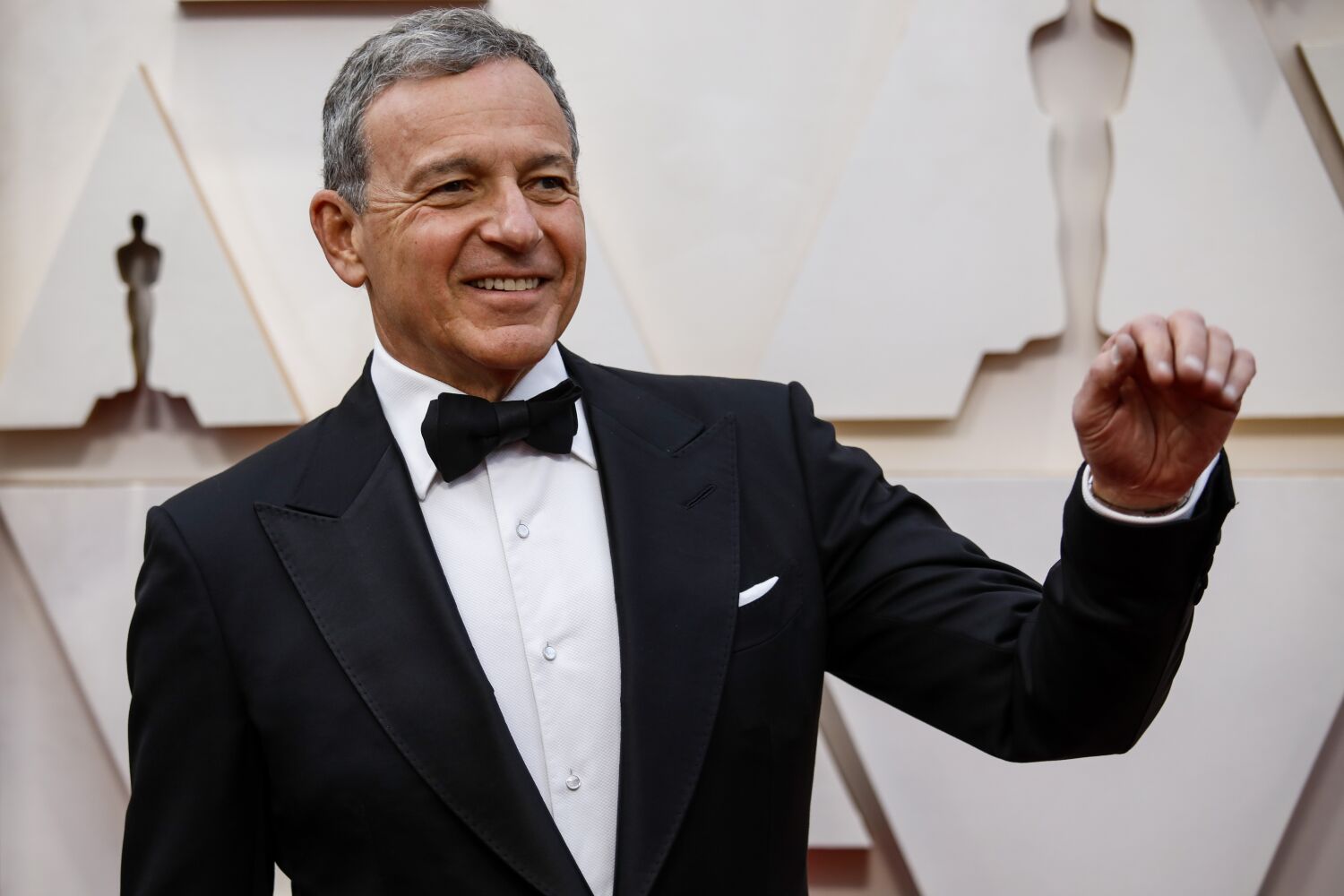 Bob Iger faces daunting challenges as he returns to the helm of The Walt Disney Co. What to do with ESPN How do you make Disney+ profitable? Maintaining fan loyalty at Disneyland and Walt Disney World. Navigating a possible recession.

But perhaps the biggest task of all is the one the 71-year-old Iger has struggled with for years: coaching his own backup.

The company said on Sunday that Iger would “work closely with the board in developing a successor.” That’s in addition to the immediate tasks required to restore Disney’s glory after the sudden fall of Iger’s CEO successor – and now predecessor – Bob Chapek.

Previous attempts by Iger and the board at succession planning have proved unsuccessful, with Chapek’s bumpy tenure being just the latest example. Iger selected Chapek, a veteran operator and Disney insider for nearly three decades, with the idea that Chapek would execute the strategy Iger put in place, which included a key pivot for streaming. A series of missteps and a disastrous fourth-quarter earnings report prompted Chairwoman Susan Arnold to bring Iger on board A Hero Returns.

The situation is reminiscent of years past. In 2015, the company appeared to be grooming Disney veteran Tom Staggs for the top job. He had been promoted to chief operating officer, defeating another potential candidate, then chief financial officer Jay Rasulo. But instead of starting with what seemed like a smooth transfer of power, Disney changed course in 2016, prompting Staggs to leave the company.

However, it’s not just an Iger problem.

Disney has been hampered by turbulent leadership changes for decades, dating back to when it was still a family business.

Walt Disney, the company’s namesake and co-founder, sometimes fought fiercely with his brother, Roy O. Disney. After Walt died, it was up to Roy to guard his brother’s legacy. Ron Miller, Walt Disney’s son-in-law, was pushed out of the company as CEO in 1984 as the company’s performance flagged.

Roy E. Disney, son of Roy O., later led a shareholder revolt with former board member Stanley Gold that led to Michael Eisner’s early exit in 2005 after 21 years. Although Eisner had blessed Iger’s rise to the top, he was reluctant to leave.

“There hasn’t been a truly smooth succession in the company’s history,” said Jeffrey A. Sonnenfeld, senior associate dean at the Yale School of Management. “They’ve never been great at that part of the management equation.”

A Disney CEO must also stay abreast of global politics and technological shifts in the industry while demonstrating financial acumen.

That’s a rare combination of skills that a person can have. Hollywood and corporate America viewed both Iger and Eisner not just as suits, but as visionaries.

And Disney only got more complex under Iger, especially after the company acquired the entertainment assets of Rupert Murdoch’s 21st Century Fox in 2019, combining a celebrity film studio, a giant television production operation, and a majority stake in Hulu. The company’s size and scale, coupled with the lingering red ink in streaming and the decline in traditional TV ratings and cable subscriptions, make Disney a tough beast for anyone to grapple with.

“It’s an enormously complex company,” said Craig Garthwaite, a professor of strategy in the Kellogg School of Management at Northwestern University. “So part of finding a successor is figuring out what size company is the right size for that successor.”

This time, the board have given themselves just two years to find a replacement before Iger’s contract ends.

Disney said Iger could not be reached for comment.

It will not be easy to identify and develop someone in this time frame. The company has few, if any, executives left to step in immediately. Disney has typically shied away from involving outsiders, preferring to promote people who already understand the inner workings of the company, which has its own unique policies and ethos.

Longtime Disney watchers are still learning lessons from the decision to bring in CAA’s Michael Ovitz as president under Eisner, a disaster that led to an alleged $140 million payout for Ovitz after his firing.

Iger’s team includes several capable leaders. There’s Alan Bergman, chairman of Disney’s studio content business; Dana Walden, who runs the television department; James Pitaro, Chairman of ESPN and Sport; Theme park toppers Josh D’Amaro; and CFO Christine McCarthy. But everything would have to be set up before one can take over the mantle.

In one of his first steps as returning CEO, Iger on Monday hired Bergman, Walden, Pitaro and McCarthy to restructure Disney’s media and entertainment business, essentially dismantling a contentious structure Chapek had established that separated content decisions from distribution strategy.

There are other options, but they would be complicated. Former Fox TV executive Peter Rice was considered a potential replacement for Chapek, but Chapek fired him in June with little explanation. If Disney wanted to bring back Staggs or Kevin Mayer, who quit after being passed over in favor of Chapek, it would probably have to take over their startup Candle Media.

Long-serving CEOs have come out of retirement earlier and have managed to successfully line up their successors. A faltering Apple turned to its ousted co-founder Steve Jobs to transform the company, eventually setting the stage for Tim Cook to die of cancer just weeks before Jobs. Starbucks brought back Howard Schultz twice — first in 2008 and most recently as interim chief this year, before naming Laxman Narasimhan as the next leader.

Still, the nagging question remains whether Iger will actually leave in two years’ time, having delayed his resignation several times before the Chapek swap.

In January, Iger told journalist Kara Swisher that rumors about his eventual boomerang to Disney were “ridiculous.” “You can’t go home again,” he said. “I’m gone.”

Sonnenfeld said he thinks Iger is serious this time.

“He really had a ‘Been there, done that’ attitude,” Sonnenfeld said.

Well, where have we heard that before?

‘A Love Song’ review: Dale Dickey in the role of a lifetime

Commentary: Why new music has come roaring back in L.A.