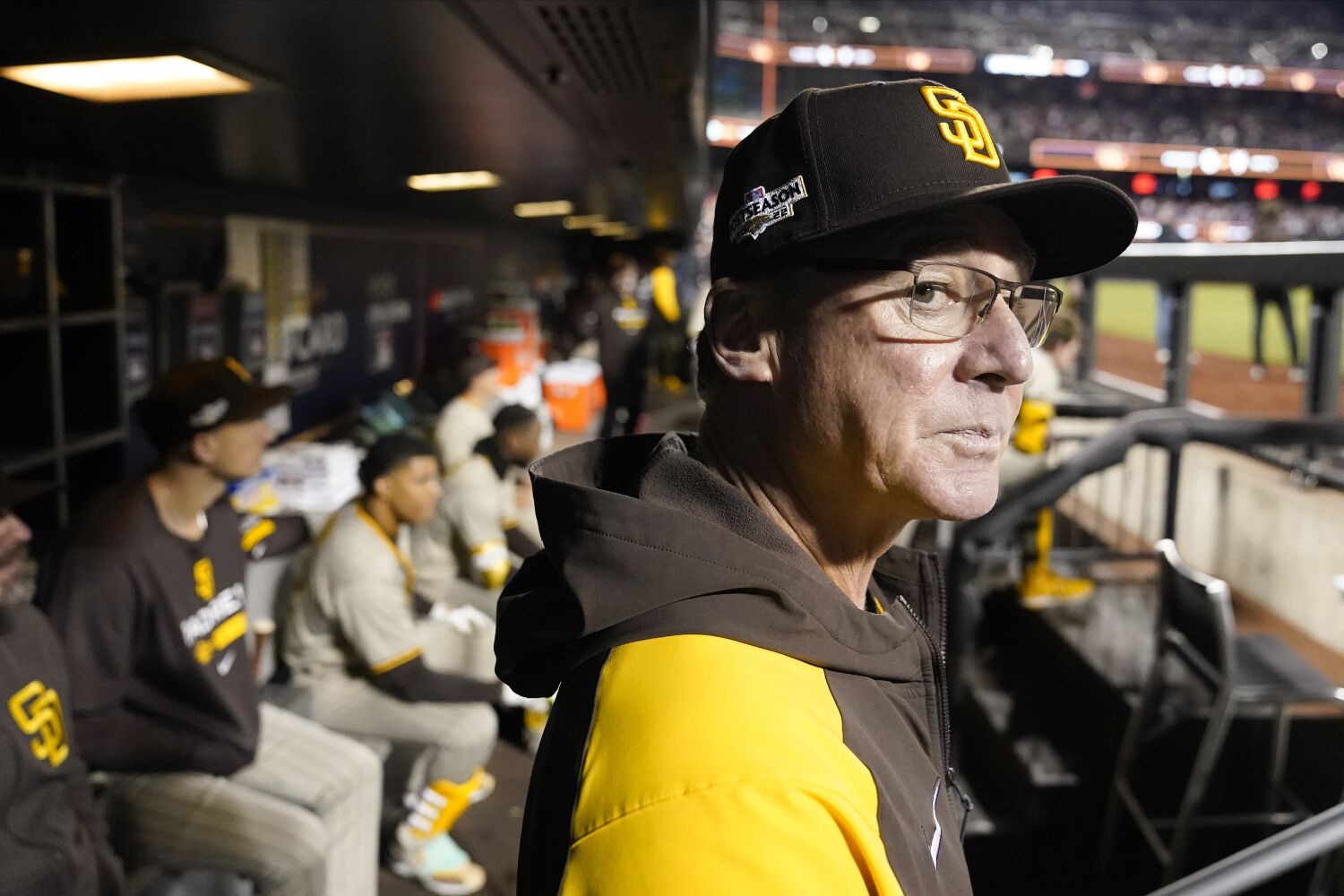 About as meek as big-league managers, Bob Melvin is a 19-year veteran whose style has always leaned more on the even-tempered, professorial Gil Hodges than the volcanic Billy Martin.

When the San Diego Padres field boss aired his players in the clubhouse and then played them to the media after a lackluster 4-0 loss to the Arizona Diamondbacks on Sept. 15, it took his club by surprise.

“It’s interesting because you don’t see it often,” Padres second baseman Jake Cronenworth said with a laugh when asked what it’s like when Melvin gets angry. “I think it was the right time and place to light a fire among everyone and it seemed to work. If he had to get mad again, I wouldn’t be mad.”

There was no need for such outbursts of leadership this past week, not with the Padres pushing the Dodgers to the brink of elimination in the NL Division Series with 111 wins. San Diego had a two-to-one advantage in the best-of-five series coming into Game 4 at Petco Park on Saturday night.

But the Padres might not have been alive and in position to win their first World Series title in franchise history were it not for Melvin’s timely tongue-lashing a month ago.

Melvin’s anger wasn’t so much sparked by the fact that the Padres had lost for the fourth time in five games and were holding on to a wild card when they were faded out by the Diamondbacks at Chase Field that night.

That’s how they lost, got faded by a pitcher (Drey Jameson) who was making his major league debut, scoring just three hits in the game and going down in six out of nine innings in a row.

“Very frustrating,” Melvin said after the game. “I didn’t even feel like we were fighting back. You can’t play like that, especially not at this time of year. … The way we’re doing it now doesn’t look good to me.”

His message to the team behind closed doors was apparently just as poignant.

“He attacked us there in Arizona,” said first baseman Wil Myers. “I won’t go into detail about what he said, but it was a really great speech that gave us a lot of motivation. And ever since that speech, I’ve felt like we played our best baseball.”

The Padres hosted a players-only reunion the next day, chaired by veteran third baseman and NL MVP nominee Manny Machado. They hit 17 hits, including four homers, that night in a 12-3 win.

They finished the streak 2-0 and 6-1 victories over Arizona – it didn’t hurt that the Padres had their top three starters, Blake Snell, Joe Musgrove and Yu Darvish, lined up for those games – the start of a three-week stretch, in which they finished the season with 11 wins in 18 games.

“Manny did a great job leading this team and what he said after what Bob said that day was really good,” Myers said. “Hearing that from a guy who’s an MVP candidate means so much more.”

The Padres clinched a playoff berth on Oct. 3, two games before the end of the regular season, and traveled to New York, where they defeated the Mets with 101 wins in a three-game NL wildcard series.

“Yeah, I think we all wish it had come sooner, but I think there was 18 games left when we got our butt kicked in Arizona,” Cronenworth said when asked to dictate the moment in which this group got together in the clubhouse. “Bob got angry for the first time.

“We played the next three nights like they were our last games of the year, and from there we kind of rolled into this series against the Mets on a high. I’d like to say that as a group we got together more in New York, but I really think it was in Arizona that Friday night.”

Darvish, Snell and Musgrove have done well, and the roles continued to solidify in a bullpen led by Josh Hader and setup man Robert Suarez, who dominated in the playoffs and with a 16-inning scoreless streak from the wild from last Sunday entered Saturday night’s game-card-clinchers in New York.

But players are also quick to point to the role Melvin played in the team’s rebound in mid-September, in his freshman year with the Padres after spending the last 11 years in Oakland.

“What a beautiful thing,” Snell said of Melvin’s Desert Storm. “Bob is a smart man. That is everything I know. That’s a smart man. He knows what he is doing. He’s been at it for a long time. When he expressed his frustration with us I think it really helped and brought us closer together as a team.”

Column: 'This is a huge turning point in the city'

'Andor' Echoes and Foreshadows Cassian's Character in 'Rogue One'