Bobby Lashley doesn’t understand the thought process behind MVP the former betraying him to side with Omos.

The former US Champion left the All Mighty on the RAW after WrestleMania to team up with The Nigerian Giant. The two former Hurt Business members have since been at each other’s throats, with MVP using The Colossus to give themselves a numerical advantage.

Speaking of his former mouthpiece in the latest issue of The bumpBobby Lashley explained that he doesn’t understand why MVP chose Omos when he knows what the former WWE Champion is capable of:

“I don’t know where he was mentally but I know he’s an opportunist so he jumped from here to there. I don’t understand why he didn’t stay on the All Mighty train. The All Mighty train goes straight up. He knows, we’ve been there before and he knows what I can do, so I don’t know why he wants to go to Omos. That doesn’t make any sense to me. I guess he sees a bigger fish here to work with.” (from 19:15 to 19:34)

Check out the full issue of The Bump below: 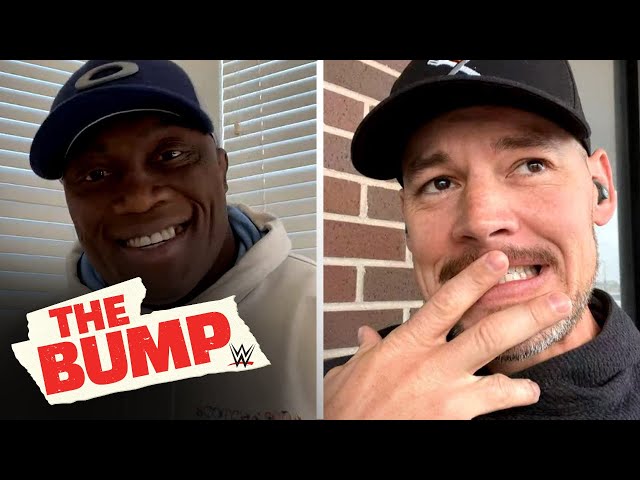 The feud between Bobby Lashley and the Heel duo is far from over. The two Titans have collided three times so far, with Lashley coming out on top twice.

The two-time WWE Champion finally got his hands on MVP on RAW this week to set the stipulation for the next match between him and Omos. However, the All Mighty was on the losing side when counted out when he tussled with Omos ringisde.

Bobby Lashley now faces Omos and MVP in a handicap match at WWE Hell in a Cell. Here’s what he had to say about the upcoming fight:

“It’s funny that the whole feud we had wasn’t about me and Omos. When I first started WrestleMania, I wanted to challenge myself with Omos, and I rose to the challenge. Now it becomes so much more than just Omos. It turned to me and MVP and Omos is there as a gatekeeper. It’s just madness. But eventually, at Hell in the Cell, I get both. So I’m going to put them both in the ring and beat them up and hit them both in the head and end this thing once and for all.” (from 19:37 to 20:06)

The rivalry between the two powerhouses has been exciting so far. It will be interesting to see what WWE has in store for the Feud at the upcoming Premium Live Event.

If you use quotes from the article, please credit WWE’s The Bump with H/T to Sportskeeda Wrestling for transcription

Here, a top celebrity explained the importance of her make-up

Why do men have facial hair but women don't?

It appears Chargers have decided who’ll start at right tackle

Mike Trout and Angels determined to revive their 2022 season