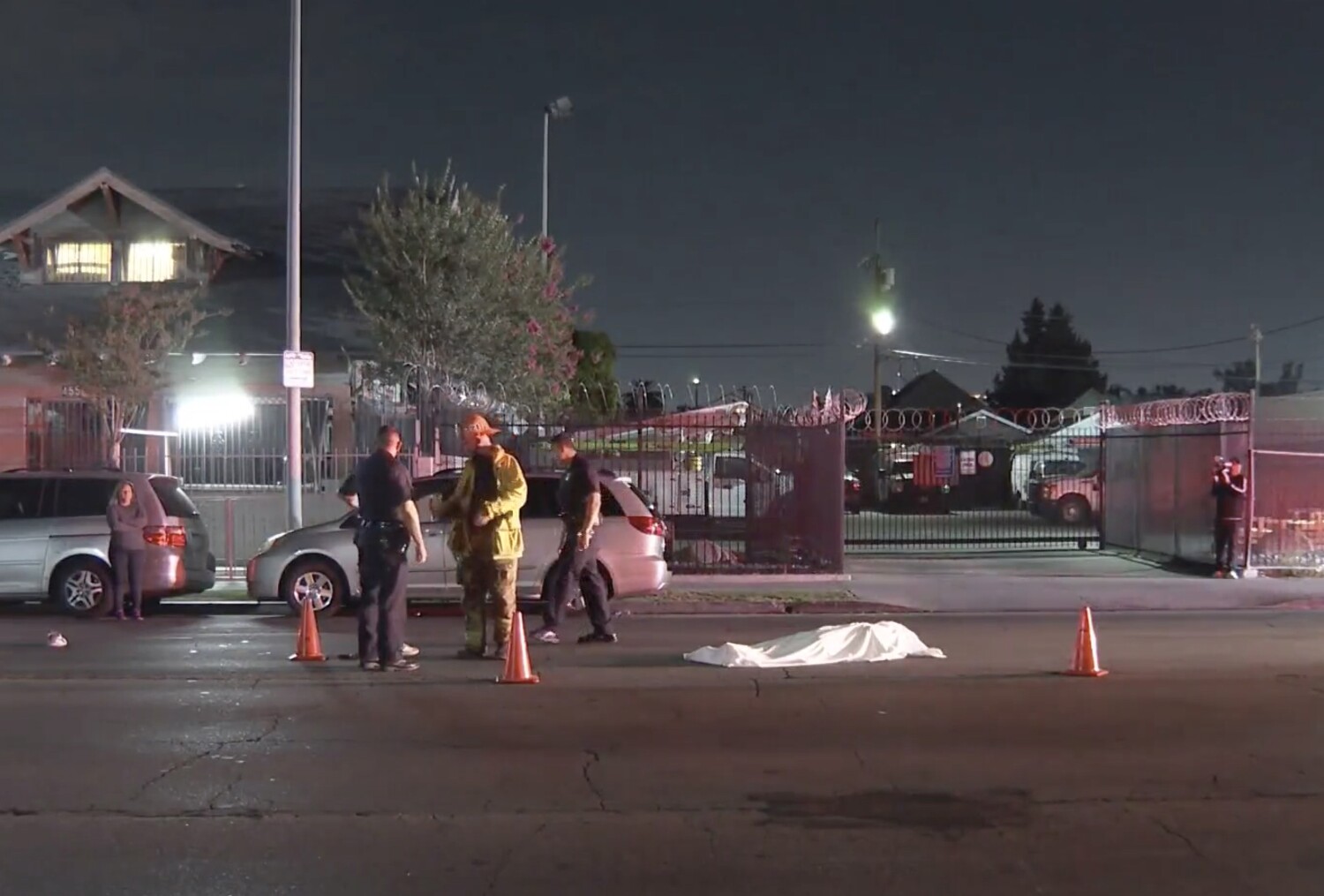 Police are investigating the fatal shooting of a man whose body was found in the middle of a south LA street early Thursday, authorities said.

A driver called police after she swerved near the intersection of E. Vernon and Towne Avenues around 1:30 a.m. to avoid hitting the body, Los Angeles Police Department said.

The victim, who was shot multiple times, was in his 40s but has not been identified, officials said.

Officers initially thought the man was the victim of a hit-and-run driver after a witness reported a black pickup truck hit him and fled, police said, but when paramedics arrived they found the man had died multiple times had been shot.

The motorist who made the call to 911 told police she tried to avoid the body but wasn’t sure if she hit him, police said. After interrogating her, the officers decided not to arrest her. She passed a sobriety test and stayed at the scene to cooperate with the investigation.

Washington Avenue Repaving and Improvement Project: Everything you should know about road closures

What is causing high inflation prices?