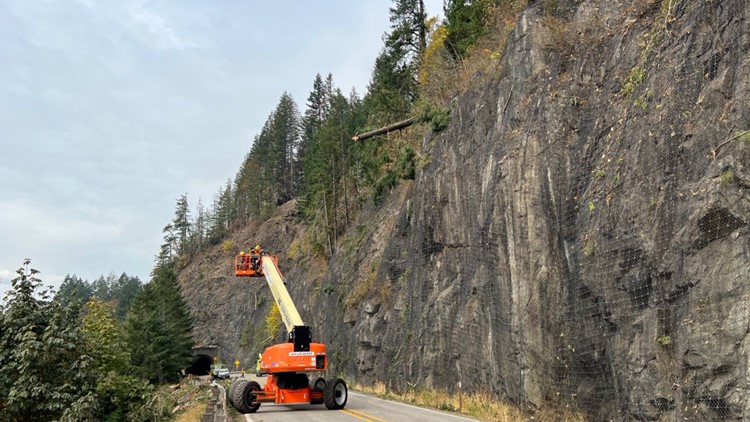 The Bolt Creek Fire has been burning since September 10 and has grown to more than 10,000 acres but is believed to be mostly contained.

INDEX, Wash. — A 13-mile section of Highway 2 that is closed because of the Bolt Creek fire is scheduled to reopen Saturday.

Although it is an “evolving situation,” the highway is expected to reopen at 10 a.m. according to the Washington State Department of Transportation (WSDOT).

On September 21, WSDOT said crews are working to reopen the highway on Monday, September 26.

Highway 2 between Sunset Falls (milepost 36), east of Index-Galena Road, and Fifth Street North in Skykomish (milepost 49). has been closed for more than a week.

The Bolt Creek Fire has been burning since September 10 and has grown to more than 10,000 acres. It was mostly contained earlier this week, with crews focused on preventing an east-west spread. The north side of the fire is in the Wild Sky Wilderness and growth is expected to be minimal due to outcroppings and other holding features.

The trees burned in the fire threatened to fall onto Highway 2, forcing the state to close it, according to the WSDOT. Other hazards included falling rocks and rolling debris due to the destabilized terrain.

Arborists with Washington State Parks removed dozens of trees earlier in the week.

RELATED: All lanes of I-90 WB through Mercer Island are closed this weekend

RELATED: A truck hits the I-5 overpass being repaired in Lewis County due to a previous truck strike

Louise Fletcher dies at 88: Oscar-winning actress played Nurse Ratched in 'One Flew Over the Cuckoo's Nest'

ABC ‘General Hospital’ Spoilers: Carly gets news, Sasha melts down, and will Nina set up Sonny to be the hero?