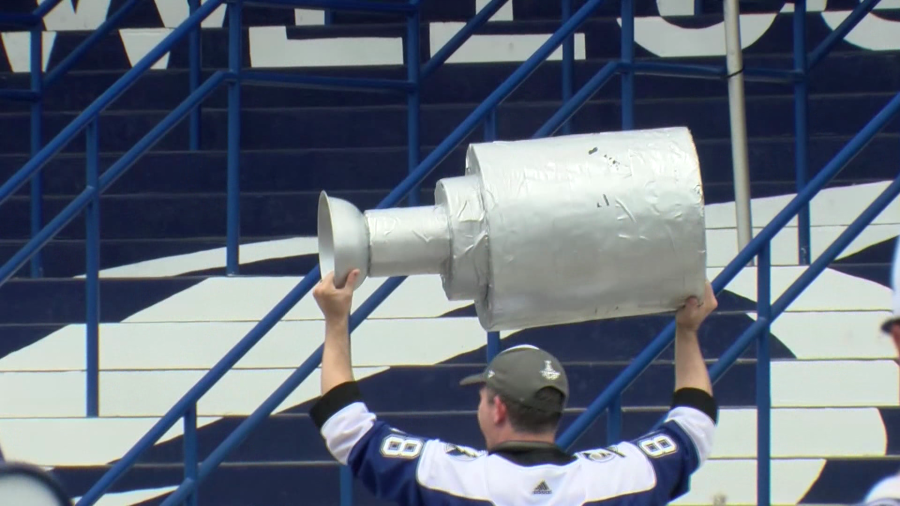 Tampa, Fla. — Despite the blazing temperatures on Sunday afternoon, Bolts fans gathered at Amalie Arena to see the team collect another victory.

“I didn’t care what the weather was like today. I didn’t care if it was storming outside. I was going to come and watch the game,” Bolts fan Michele Crifasi said.


People tucked away under umbrellas, sunglasses and large brim hats.

“We just kind of put their towels over their head to get a little shade,” Crifasi said.

While Bolts fans battled the heat, the Tampa Bay Lightning battled it out on the ice against the Florida Panthers for game three. The Lightning came out hot during the first period, scoring making first goal.

They continued to set the ice on fire all afternoon, beating the Panthers 5-1.

Stephani DeTringel said the Bolts fans will keep riding for their team, through rain or shine or even intense heat.

The Tampa Bay Lightning needs one more win to close out the series against the Florida Panthers. Game 4 will be on Monday.