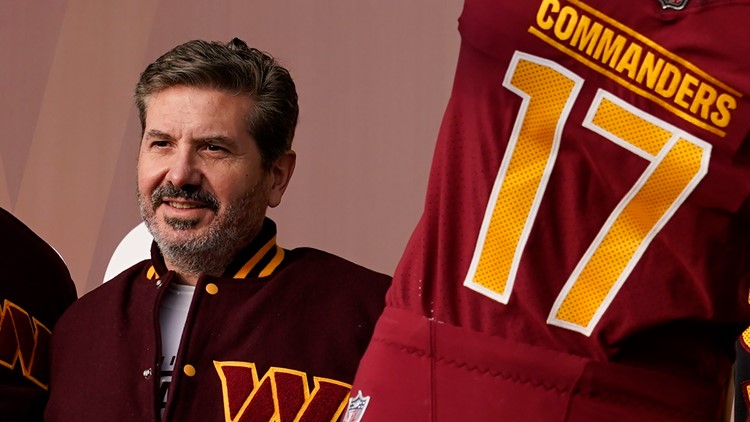 The House Oversight Committee released a bombastic memo with new details of the investigation’s findings.

WASHINGTON — The House Oversight and Reform Committee has shared a memo detailing the findings of the committee’s investigation into allegations of the Washington Commanders’ hostile work culture. The memo was released just hours before a hearing Wednesday at which National Football League Commissioner Roger Goodell is expected to testify.

The memo describes new evidence uncovered by the committee that sheds light on team owner Dan Snyder’s alleged role in creating a hostile work environment at the Commanders organization and his apparent efforts to discredit victims and witnesses by launching a shadow investigation into affecting the NFL’s internal investigation into allegations of workplace misconduct.

The House Oversight Committee began its investigation in October 2021 after the NFL refused to release the results of the internal investigation led by DC Attorney Beth Wilkinson. Over the past eight months, the committee has reviewed thousands of documents, conducted interviews and testimonies with former Commanders employees, and held a round table with prosecutors and witnesses.

According to the memo, former Snyder chief operating officer David Pauken testified during a testimony that when Snyder learned that a member of the team’s coaching staff had groped a public relations officer, he took no action against the coach and instead did so Victim instructed “Stay away from the coach.”


During this testimony, Pauken also stated that Snyder had fired female employees who had consensual relationships with male members of the team’s football operations. Describing one situation, Pauken is quoted as saying, “The female employees were fired, the male employee was — there were no repercussions other than being barred from additional sex with cheerleaders.”

The committee’s memo also describes a so-called “shadow investigation” initiated by Snyder. The investigation was used to discredit his accusers in the eyes of the NFL, the committee says.

Snyder’s attorneys used the shadow investigation to compile a 100-slide dossier of private emails, text messages, phone records and social media posts from journalists, victims and witnesses who made credible public allegations of harassment against the commanders.


The memo also said that during the Wilkinson investigation, Snyder and his attorneys sent private investigators to the homes of former cheerleaders and offered hush money to dissuade them from cooperating with investigators. They also collected emails from former team president Bruce Allen to “demonstrate that Bruce Allen created the toxic environment at the Washington Commanders.”

The committee also uncovered information that casts doubt on the NFL’s claim that its internal investigation was independent.

The committee points to a joint interest agreement that gave Snyder a back channel to make confidential presentations to the NFL and block information from being released.

The committee says in the memo that the NFL was aware of Snyder’s efforts to influence the Wilkinson investigation and to harass and intimidate witnesses, but took no meaningful action to prevent them. Ultimately, the NFL was briefed 16 times on the results of the Wilkinson investigation, including at least two personal briefings with Goodell, but chose not to release the results to the public.

During Wednesday’s House Oversight Committee hearing, Rep. Carolyn B. Maloney, Chair of the Committee on Oversight and Reform, announced her intention to subpoena Dan Snyder, owner of the Washington Commanders, to the Committee’s deposition.

Maloney asked Commissioner Goodell if he would hold Snyder accountable for refusing to testify before Congress.

Goodell said, “That’s not my choice.”

“Mr. Snyder’s refusal to testify sends a clear signal that he cares more about protecting himself than about getting clean in front of the American public. If the NFL isn’t ready to hold Mr. Snyder accountable, then I am.” Chairwoman Maloney said at Wednesday’s hearing, “The committee will continue its investigation to uncover the truth about workplace misconduct at the Washington Commanders.”

Goodell made it clear that he felt the NFL had done its job in conducting the investigations and handing out fines, and what he described as “unprecedented discipline against the club.”

Meanwhile, many Republican officials called the hearing a waste of time and not something for the committee to investigate.