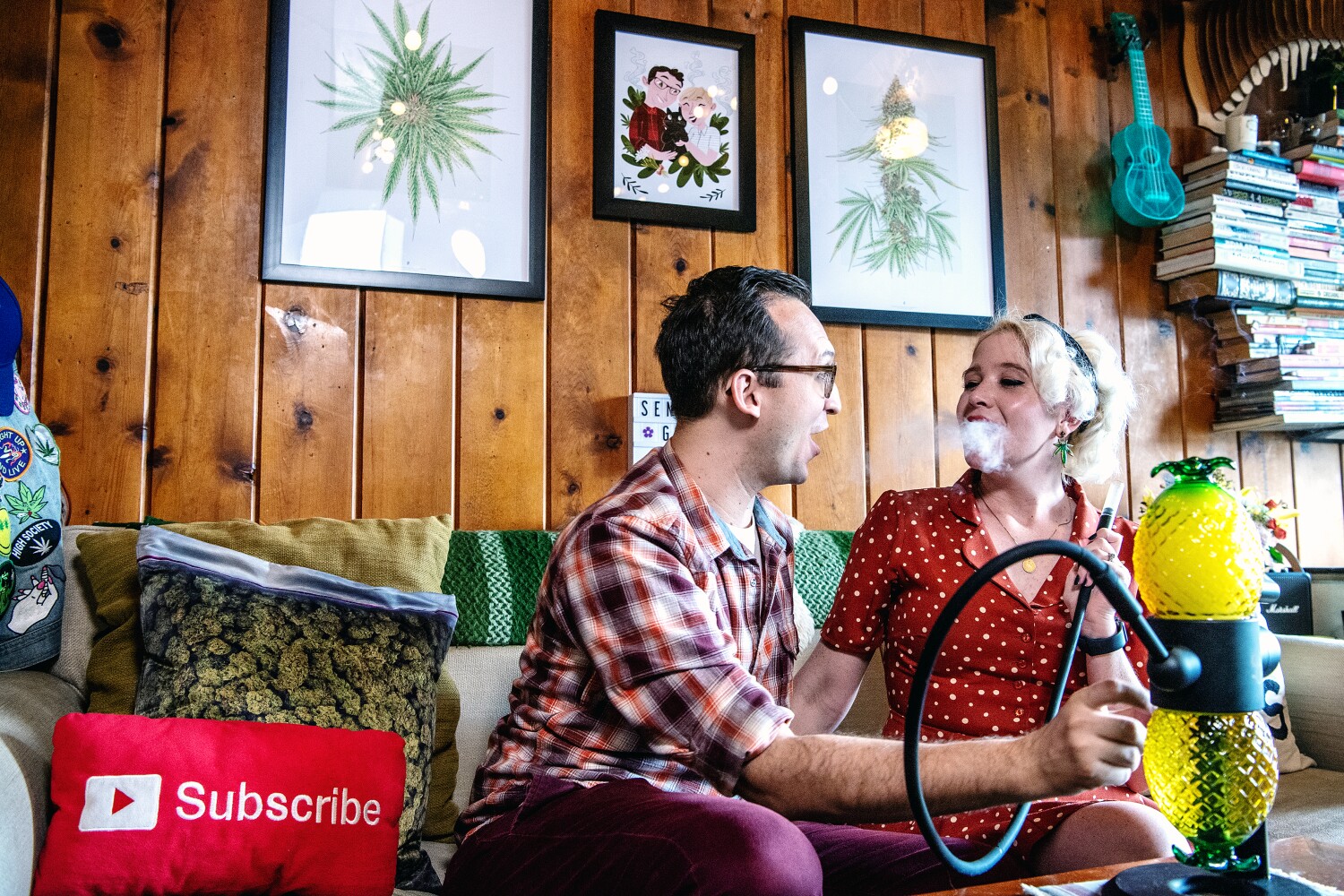 In a study sure to stifle the buzz at many parties, researchers at UC Berkeley say bongs produce more secondhand smoke than tobacco cigarettes.

The study, published Wednesday on the JAMA Network, found that smoking cannabis in a bong resulted in concentrations of particulate matter four times higher than levels observed after smoking a tobacco cigarette or hookah.

“The adverse health effects of particulate matter in second-hand tobacco smoke are well known and provide a context in which to view these findings,” said S. Katharine Hammond, professor of environmental health sciences at UC Berkeley and co-author of the study with the graduate researcher Patton Khuu Nguyen.

“There’s a common misconception, at least among young adults, that smoking second-hand cannabis is safe, and this study shows that’s not the case,” Hammond said.

According to the study, 27% of young adults believe it is safe to smoke second-hand cannabis smoke, but “cannabis smoke contains several hundred toxic chemicals, carcinogens and particulate matter, many in higher concentrations than tobacco smoke.”

“These concerns did not translate to smoking cannabis bongs…drawing smoke through water,” the study states.

In addition, concentrations of particulate matter remained high long after smoking had stopped.

The concern, Hammond said, is less for people who choose to smoke and more for others who may be ingesting the smoke involuntarily.

To conduct the study, researchers measured particulate matter concentrations in a home before, during, and after 90- to 180-minute bong smoking sessions with the doors and windows closed.

Hammond said a next step might be to try to link second-hand cannabis smoke to the diseases and other illnesses associated with second-hand tobacco smoke, although Hammond acknowledged that such studies “are difficult to conduct and take a long time.” .

“It’s complicated to establish the history of people’s exposure to secondhand smoke,” Hammond said. “I don’t think we have to wait for that.”

Hammond said there is ample information on the composition of second-hand cannabis smoke, which “contains many of the same carcinogens and other toxic chemicals found in second-hand tobacco smoke.”

The Morning After: Google tries keeping political campaign emails out of Gmail spam

The Morning After: Apple’s best MacBook is the MacBook Air M2