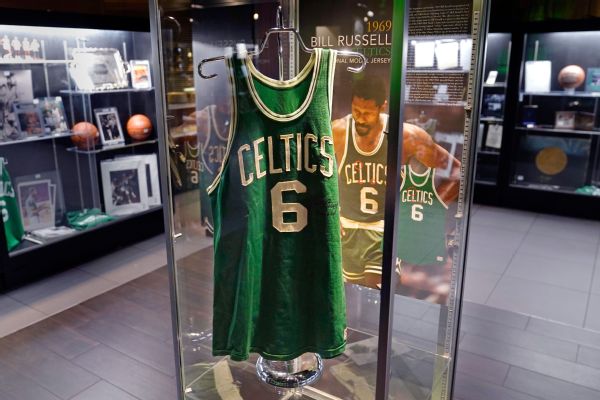 BOSTON — The Boston Celtics have painted Bill Russell’s No. 6 in the free-throw lanes of their hardwood floor as part of a seasonal tribute to the Hall of Famer, who died this summer.

“The team added the number 6 on both lanes to honor Bill Russell’s dominant play in the paint,” the Celtics said said on Monday.

Look out for a special tribute to Bill Russell on the floor this season ☘️ pic.twitter.com/Pt6IoZbekx

The team has announced it will honor Russell in other ways this season, including two nights in his honor – one for the season opener on October 18 and one on February 12, which would have been his 89th birthday. The Celtics will also wear a special Russell jersey for some of their games. There will also be something on their regular uniforms to honor him.

The NBA has announced that every team in the league will retire the No. 6 in honor of the civil rights pioneer and 11-time NBA champion, who died July 31. Any other home court will show the No. 6 on the touchline near the scorer table.

https://www.espn.com/nba/story/_/id/34625519/boston-celtics-add-no-6-parquet-paint-part-season-long-tribute-bill-russell Boston Celtics add No. 6 in parquet paint as part of season-long tribute to Bill Russell

What is the future of college football? Over 200 coaches, players and administrators respond