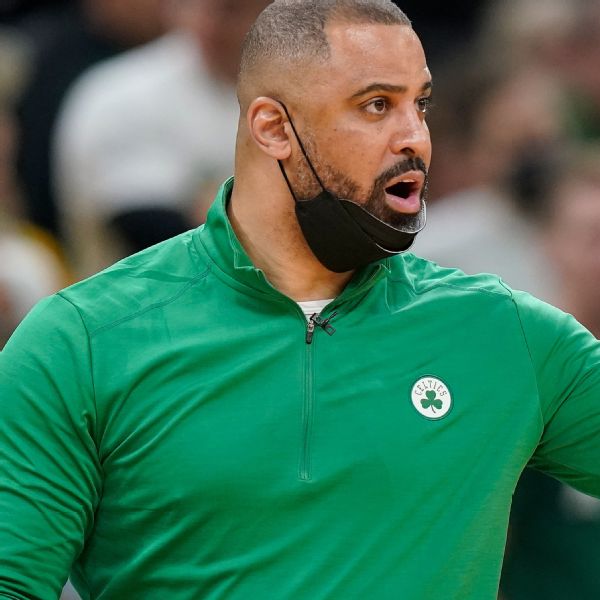 Boston Celtics coach Ime Udoka is facing disciplinary action that is expected to include a substantial suspension for his role in a consensual, intimate relationship with a woman who is an employee of the franchise, sources told ESPN Wednesday night.

The relationship was deemed to be in violation of organization policies and a decision on the length of that suspension is expected to be made as early as Thursday, sources said. While no final decision has been made, internal discussions have included scenarios that would keep Udoka out for the entire 2022-23 season, sources said.

Udoka’s job is not believed to be in jeopardy, sources said.

Udoka joined the Celtics last summer after spending some time as an assistant coach with the San Antonio Spurs, Philadelphia 76ers and Brooklyn Nets following his NBA career.

Udoka replaced Brad Stevens as coach. Stevens moved up to become Boston’s President of Basketball Operations after his predecessor at the job, Danny Ainge, decided to leave the organization.

In his first season as coach, Udoka provided a notable turnaround in Boston, which saw the Celtics finish the season from under .500 in late January with a 28-7 record in their last 35 games. They then put up an impressive run through the Eastern Conference playoffs and reached the NBA Finals for the first time in 12 years.

Udoka is the fifth coach in the past 25 years to reach the NBA Finals in his first season as head coach and the first since Nick Nurse in 2019.

He was also the first rookie coach to win multiple Game 7s in his first postseason, according to ESPN Stats & Information research. Udoka led Boston in seven games to victories over the Milwaukee Bucks in the Eastern Conference Semifinals and the Miami Heat in the East Conference Finals before Boston lost to the Golden State Warriors in six games in the NBA Finals.

Instagram is working on 'nudity protection' technology for messages