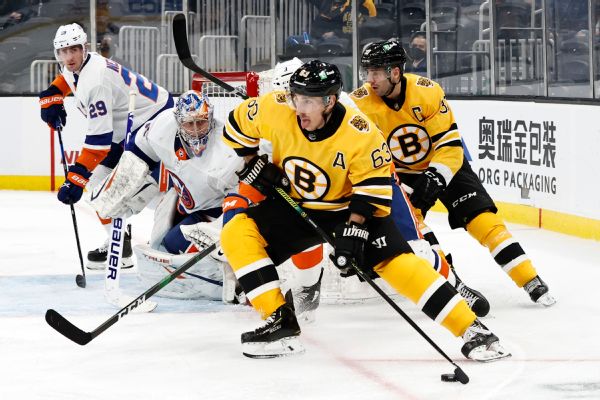 Brad Marchand will make his season debut when the Boston Bruins host the Detroit Red Wings on Thursday night.

The winger is coming off double hip surgery and is returning about a month ahead of schedule.

Coach Jim Montgomery said the plan for now is to be conservative with Marchand’s minutes and he will not play in back-to-back games. That includes Friday night’s matchup in Columbus.

Marchand led the Bruins with 80 points in 70 games last season, scoring 32 goals. He had 11 points in seven postseason games before the Bruins bowed out to the Carolina Hurricanes.

Even without Marchand, the Bruins are off to the best start in the league with six wins in their first seven games.

https://www.espn.com/nhl/story/_/id/34890674/brad-marchand-returns-boston-bruins-ahead-schedule Brad Marchand returns for Boston Bruins ahead of schedule

Should Man United let Cristiano Ronaldo go for nothing now that he’s a bit-part player at Old Trafford?