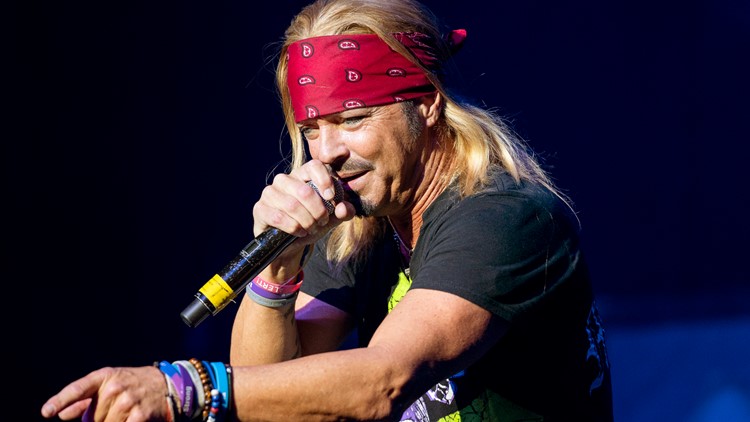 Michaels did not say why he was hospitalized in Nashville. It’s unclear when he’ll be back on the road or when Poison will be able to perform again on tour.

WASHINGTON – Rock singer Bret Michaels was hospitalized in Nashville on Thursday, just before he was due to perform with his band at Nissan Stadium.

Michaels was the lead singer of the ’80s metal band Poison, best known for their chart-topping hits “Every rose has its thorn.”

The group was set to perform in Nashville as part of a stadium tour with Motley Crue, Def Leppard and Joan Jett and the Blackhearts.

“To the incredible fans in Nashville, thank you for all your well wishes!!”, the singer wrote. “I was really excited to get on stage in Music City and perform, but due to an unforeseen medical complication and subsequent hospitalization it was not possible.”

Other bands that accompanied Poison on tour still performed at the show.

“My deepest apologies for not being able to rock the stage tonight!!! I’m working hard to get back to 100% very soon and hope you guys are rocking out with my friends Motley/Leppard / Joan and the Classless Act!!!” Michaels wrote.

Michaels did not say why he was hospitalized in Nashville. It’s unclear when he’ll be back on the road or when Poison will be able to perform again on tour. The next scheduled shows are Saturday in Florida and Sunday in Mississippi.

As a child, Michaels was diagnosed with type 1 diabetes and had a warning stroke in 2010. That same year, doctors discovered the singer had a hole in his heart – a patent hole – and operated on you to fix the problem.

Everything you need to know about preserving fruit in Southern California

Stairway to heaven? This new bistro just might be it