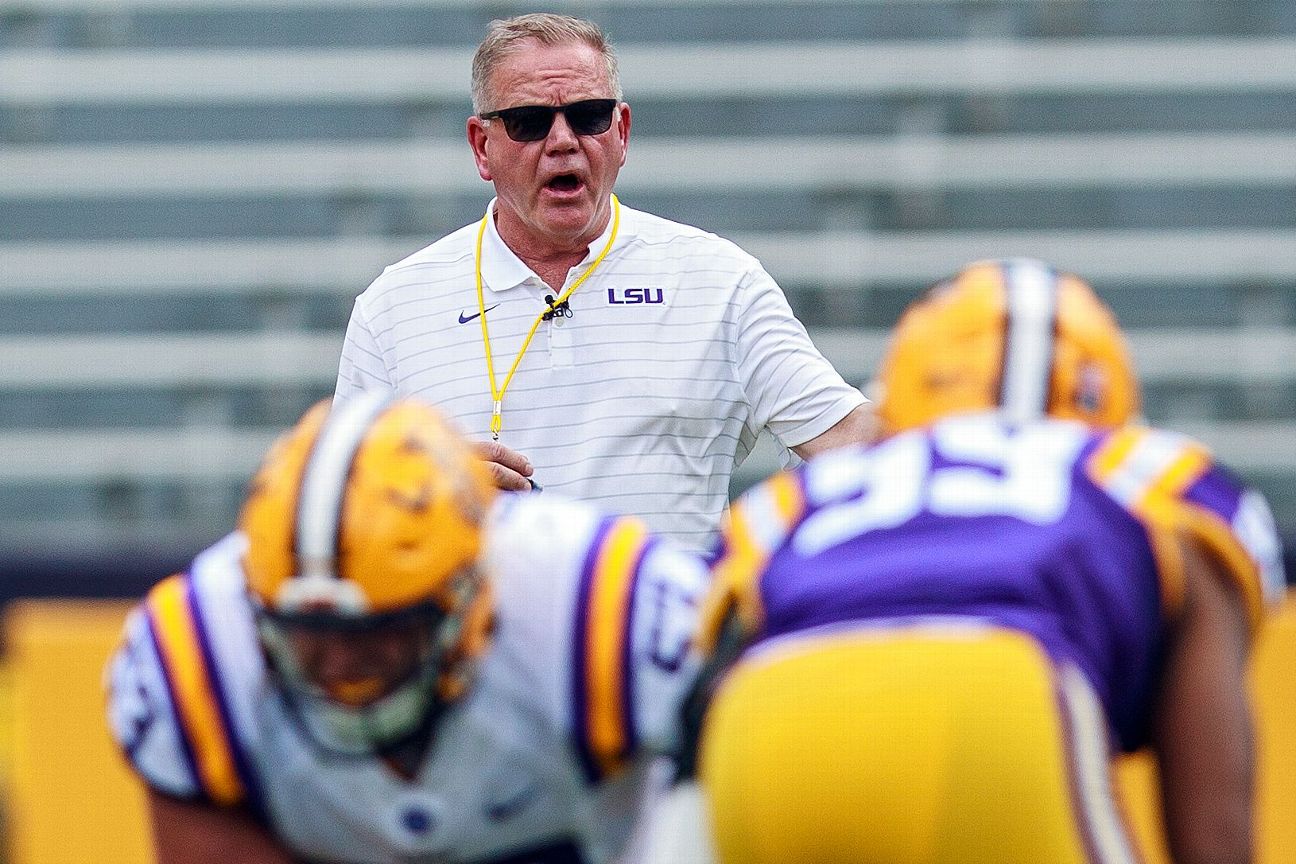 LSU coach Brian Kelly knows who will start as quarterback when the Tigers open the season against Florida State on Sunday in New Orleans. He just doesn’t want to say who yet.

“Everyone here wants to know who the quarterback is. I understand that,” Kelly told reporters Monday. “But I think it’s a tactical advantage for us not to announce it.”

Kelly went on to say that playing Florida State on Saturday was an “advantage to them.” The Seminoles beat Duquesne 47-7.

“The advantage for us is that we didn’t play,” said Kelly. “So it doesn’t help us to give up any of our cards in that sense.”

Kelly won’t announce until gameday if it’s Arizona State’s Jayden Daniels or sophomore Garrett Nussmeier. But whoever the backup is, he said, should be ready to play.

“There are some major similarities between the two in terms of what they can do,” Kelly said. “They both run extremely well. You can play both outside the pocket. And certainly we don’t have to change the playcalling. There’s no dramatic difference between the two when it comes to playcalling.

“So you can imagine that if we’re talking about both quarterbacks, this is an 1A and a 1B. This is not a one and a two. And both will obviously contribute this year.”

In three seasons as a starter at Arizona State, Daniels appeared in 29 games, throwing for 6,025 yards, 32 touchdowns and 13 interceptions. He also rushed for 1,288 yards and 13 points.

Sunday sees the first game of Kelly’s tenure at LSU.

In late November, he signed a 10-year, $95 million contract with the Tigers and left Notre Dame after 12 seasons.