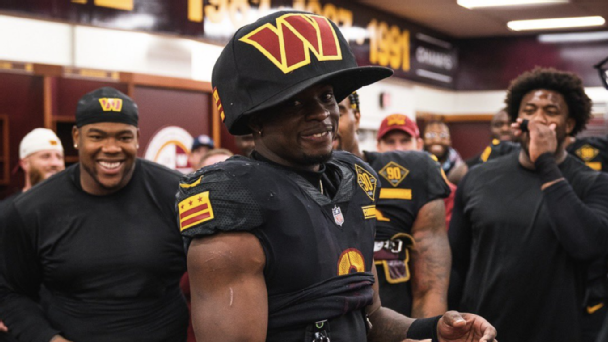 Brian Robinson Jr. can provide you with a massive hat if you really want one, and more from our NFL Quotes of the Week.

Washington Commanders running back Brian Robinson Jr. on his friend’s “big hat” company, which supplied the (extremely) big hat he wore over the weekend

‘[Justin Jefferson] got grills. That’s probably the next step. I need to get some custom grills.”

Minnesota Vikings quarterback Kirk Cousins, known for “icing” this season after his team’s Thanksgiving win over the New England Patriots

“Why don’t you go up to the officers… and ask them about the play.”