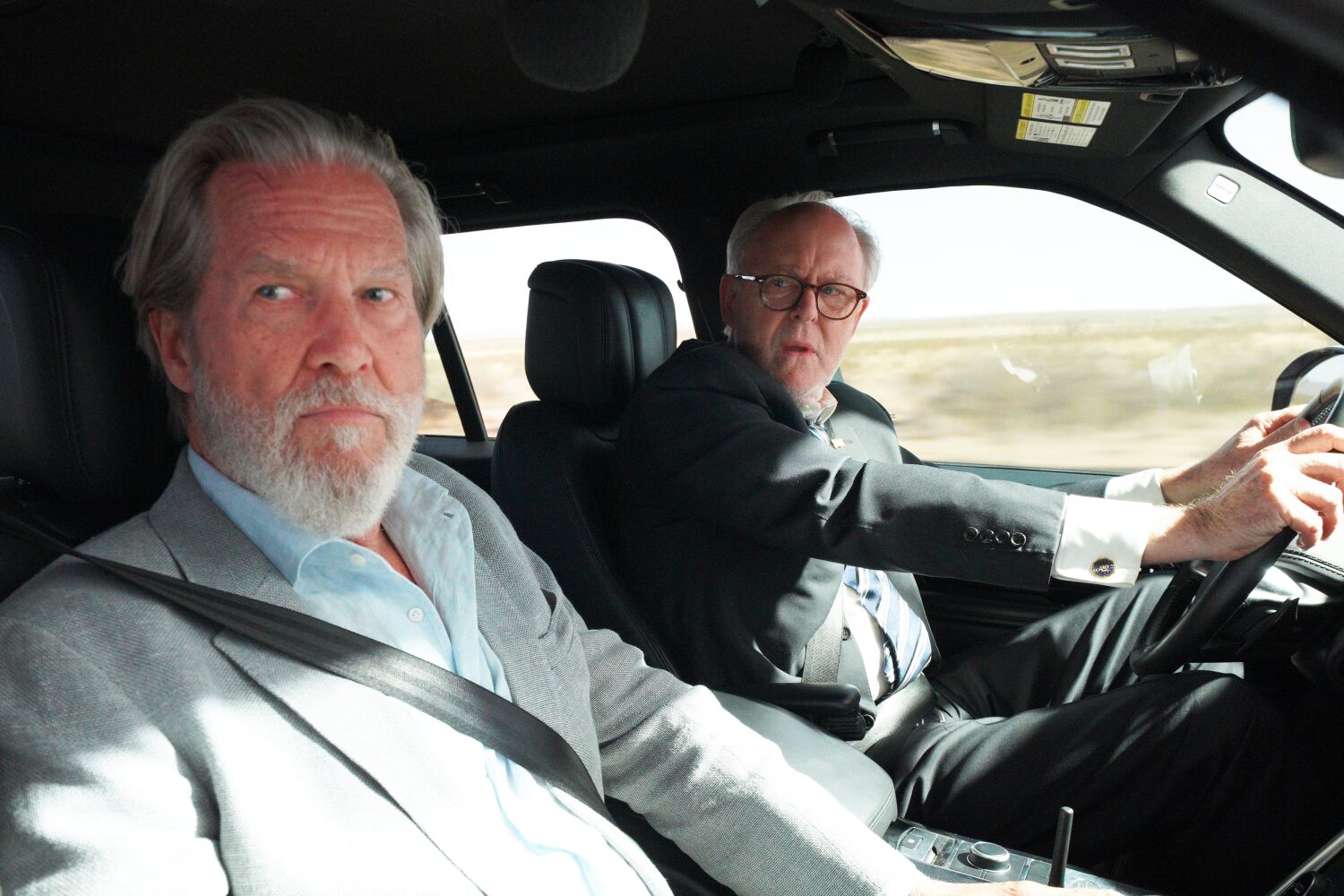 The first episode of Hulu’s hit series The Old Man follows an extended battle between a government hitman and a former CIA agent. The scene stars 73-year-old Jeff Bridges as former CIA agent Dan Chase wallowing in the desert dust in the middle of the night in a nearly 10-minute sequence.

“Most of that was before when I had this 9-inch thing in my stomach,” Bridges tells The Envelope. “Imagine getting hit like that! But it didn’t hurt. I had no idea what was going on inside.”

What was going on inside was a lymphoma. Bridges and his on-screen foe, John Lithgow, took a break, with the former looking forward to months of relaxation in Montana. Before he left, he noticed a solid object in his stomach area. His wife suggested getting it checked out, but Bridges shrugged. During his trip, he found his shins itchy and suffered from night sweats, unaware that these were symptoms of lymphoma. After diagnosis, rigorous chemotherapy eliminated the tumor, but before he could celebrate, he learned he may have been exposed to COVID.

“It turns out COVID made cancer look like nothing. I didn’t have an immune system to fight,” he recalls. “It’s a horrible thing, but gosh, I’m kind of grateful I went through that. I would never have experienced things spiritually, philosophically, scientifically if I hadn’t done that. The main thing is the preciousness of life, gratitude for everything life gives you, be it cancer, COVID, your wife who loves you so much, supports you. It’s the cheesy “L-word”, love, man. But working on The Old Man again two years later is like a long weekend man! I wanted to say, ‘I had the most bizarre dream, folks.’ I got to work with John, which was a big plus.”

And Lithgow is delighted to have him back, giving him a rousing welcome via Zoom from New York, where he’s directing “Everything’s Fine” with Douglas McGrath in a one-man Off-Broadway show.

In “The Old Man,” Lithgow plays CIA officer Harold Harper, Chase’s former friend and comrade. The two have acted in some ways as the father of Angela Adams (Alia Shawkat), who works under Harper. The past catches up with them when Faraz Hamzad (Pej Vahdat), whom they supported in the Afghan war against the Soviets, resurfaces with a unique and unexpected demand.

Based on the 2017 novel by Thomas Perry, The Old Man is an action-packed thriller and exploration of the personal costs of living in emotional isolation. To delve into their characters’ minds, the two actors consulted real-life CIA agent Christopher Huddleston.

“Stoicism, as Christopher pointed out, is the pet philosophy of the military,” notes Bridges. “I consider myself Buddhist by heart, but I find many parallels between these two philosophies. I look inside myself and see what I have in common with these guys. CIA agents, these are the best actors in the world. As Marlon Brando says, “Hey man, we’re all actors.” We all have hidden agendas and that’s how we roll as a species, man. But CIA agents, it’s all aggravated, man. Lots of opportunities for paranoia.”

Lithgow nods in agreement. “The most fascinating thing about the CIA’s version of the spectacle for foreign agents is pretending nothing is happening, as unobtrusively as possible, almost unnoticed. To me, I’m an actor who always wants to be taken seriously.”

The most critical scene of the series comes in episode seven when Chase and Harper, who had been in a chess game from opposite ends of the board, find themselves side-by-side in a car for the first time in 30 years. It’s a 12-minute, subtext-packed scene that took six days to shoot.

“We’ve waited two years to do this scene,” says Lithgow, laughing. “Between COVID and Jeff’s medical issues, we were not allowed to act together. It was all that anticipation. And when we got together, it just happened!”

With the first season behind them, work on the second season will begin in February. Based on new footage from showrunner Jonathan Steinberg, it’s said to be a prequel that explores Chase and Harpers’ early careers and friendships during their deployment to Afghanistan.

“I was asked if I was comfortable on horseback,” was all Lithgow revealed about the new season. “I said, ‘Are you kidding? I’ve been waiting 30 years for someone to ask me to ride a horse in a movie.” Tommy Lee Jones put me in a movie and that son of a bitch put me on a mule. There is no other reason I am looking forward to the new season than being able to drive.”

The upcoming award season is also exciting. Bridges has a thing for Emma Thompson in Good Luck Leo Grande, while Lithgow gushes over Apple TV’s Slow Horses with Gary Oldman.

“It mixes John le Carré with the gang that couldn’t shoot straight. Gary Oldman is wonderful,” says Lithgow, who recently completed work on Martin Scorsese’s highly anticipated Killers of the Flower Moon. “Checked a box on my bucket list,” he said, laughing. “I finally got to work with Marty.”

https://www.latimes.com/entertainment-arts/awards/story/2022-11-22/bridges-and-lithgow-bring-the-personal-to-the-action-thriller-the-old-man Bridges, Lithgow get personal in action-thriller ‘The Old Man’

‘Harry & Meghan’ Netflix Release Date: When Will The Documentary Come Out?