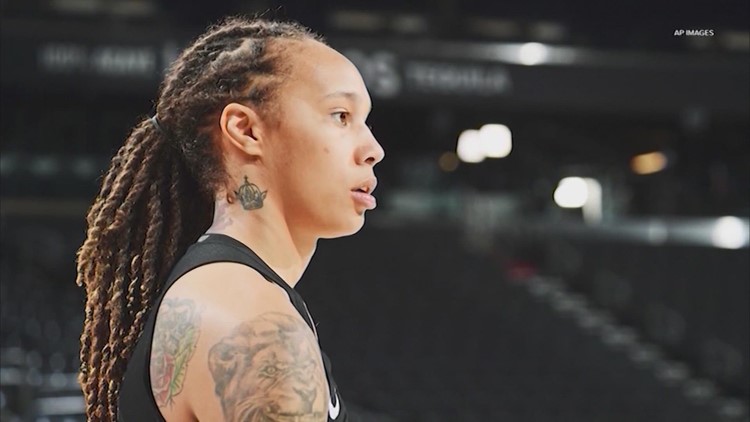 According to Russian state news, Griner’s detention has been extended for the third time until at least July 2.

MOSCOW, Russia – WNBA star Brittney Griner will remain in Russian custody at least until July 2, according to Russian state news.

Editor’s Note: The above video is from a previous story.

It’s the latest addition to the Houston native, who has been jailed since February after being arrested in Moscow on drug-related charges.

Griner faces up to 10 years in prison.

As early as May, US officials considered Griner wrongly detained in Russia to more aggressively seek her release in the States.

This is the third time Griner’s sentence has been extended.

In March, a Russian court said Griner would stay until mid-May. Then Griner’s detention was again extended to June 18.

RELATED: Brittney Griner’s fortunes became entangled with other Americans being held in Russia

State Department officials met with members of Brittney Griner’s WNBA team Monday about the Phoenix Mercury star’s months-long imprisonment in Russia and the Biden administration’s efforts to secure her release.

The State Department confirmed the meeting, which included officials from its specialist agency, which works to help hostages and wrongfully imprisoned Americans.

“There’s a lot involved in getting them home and safe, they work tirelessly,” Mercury star Diana Taurasi said in a Mercury press release after the meeting. “We are here to do whatever it takes to step up and keep BG on the front lines, which is more important than any basketball game and anything else that goes on in our lives. We want BG to come home as soon as possible, it’s number one on our list.

The government has previously said it is working to bring Griner and another American Michigan security expert, Paul Whelan, home from Russia.

'Wizard of Oz' back in theaters for Judy Garland's 100th birthday