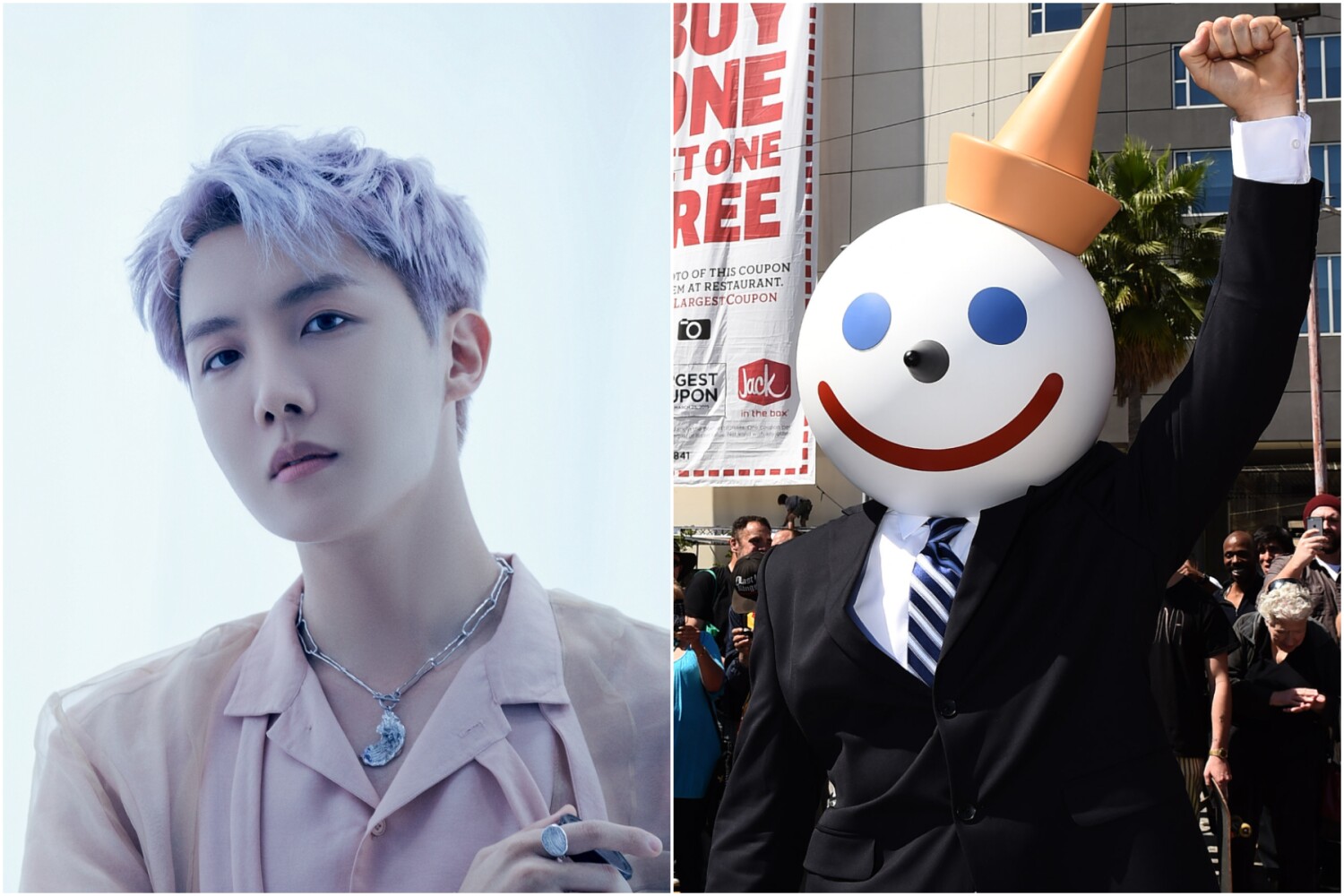 BTS’ J-Hope is releasing a solo album this month titled Jack in the Box — not to be confused with the fast-food chain of the same name.

But hey, when a fortuitous connection to one of pop music’s brightest stars helps sell a few extra hamburgers, who’s Jack in the Box to complain? With that in mind, the company recently launched a marketing campaign inspired by J-Hope’s record.

Little did Jack in the Box know it would soon be sharing a name with the South Korean rapper-dancer’s debut solo album, according to a report published by Billboard Pro on Wednesday. However, after realizing that #JackintheBox was trending on social media following J-Hope’s album announcement last month, the restaurant immediately set about capitalizing on the accidental crossover.

“We really wanted to surprise [fans] and show we heard them,” said Morgan Higgins, Jack in the Box’s senior manager of social media and consumer public relations, in an interview with Billboard. “We saw that authentic social connection.”

In celebration of J-Hope’s new single “More” and in partnership with J-Hope’s favorite drink, Sprite, the restaurant chain was quick to offer customers the opportunity to redeem a free soda with any meal ordered through their mobile app.

“The one and only J-Hope kicks off the BTS solo season with an album that happens to be named after the best, most popular fast food restaurant in the world — us!” Jack in the Box said in a June 29 press release .

“Our affinity may be J-Hope, but we’ve heard J-Hope’s affinity is actually Sprite, so this Friday we’re celebrating the release of his first single from the album with the best name of the century by giving his fans a sneak peek his favorite drink.”

And the promotional push didn’t stop there. The official Jack in the Box Twitter account also got involved through tweeting“I knew J-Hope was my liking for a reason…I can’t believe he wrote an album in my honor.”

Another tweet was featured a version of the pointing Spider-Man meme labeled “me” and “J-Hope”. Together, the posts have garnered more than 400,000 likes on Twitter.

Jack in the Box’s latest marketing ploy harks back to BTS’ previous branding deal with McDonald’s, which announced a 10-item McNugget meal named after the septet.

However, unlike the McDonald’s promo, this particular campaign wasn’t a true collaboration between BTS and Jack in the Box. But Higgins told Billboard that the fast-food company is “always looking for partners.”

The much-anticipated arrival of J-Hope’s Jack in the Box comes shortly after members of BTS told fans they plan to part ways for some time to pursue solo projects. But their record label Bighit Music was quick to make it clear that the group would “remain active” amid the musicians’ solo efforts.