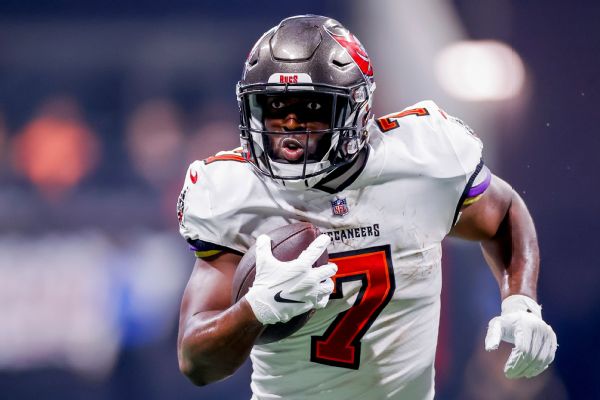 Tampa Bay Buccaneers running back Leonard Fournette has been ruled out for Sunday’s game against the Cleveland Browns.

Fournette suffered a hip point in the Buccaneers’ last game in Munich two weeks ago and the team were cautious with their game on Sunday.

Rookie Rachaad White led the Buccaneers in their Week 10 win over the Seattle Seahawks with 105 yards and 22 carries.

The Buccaneers also activated running back Giovani Bernard from injured reserve. Bernard has been on IR since suffering an ankle injury in Week 2. He hasn’t recorded a carry this season.