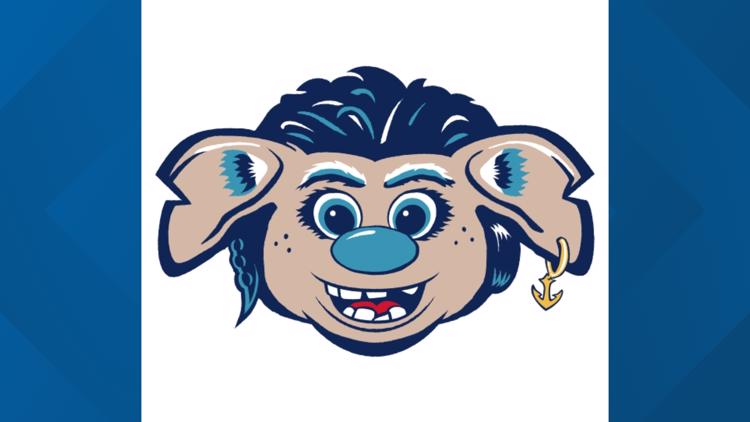 Buoy, a two meter tall blue sea troll who lives in the caves of the Climate Pledge Arena and is inspired by the Fremont Troll.

SEATTLE — The Seattle Kraken unveiled their long-awaited mascot ahead of Saturday night’s preseason game with an ornate entrance descending from the rafters of the Climate Pledge Arena.

“Buoy” is described by the team in a press release as “a seven-foot-tall blue sea troll that lives in the caves of the Climate Pledge Arena and is inspired by the Fremont Troll.”

Saturday’s reveal wraps up an extended reveal process from the Kraken’s first preseason games, which included videos with other Seattle sports stars offering their own opinions on what the franchise should have as a mascot.

“For the past two years, we’ve worked to develop Buoy’s unique identity that reflects the look and feel of the Kraken brand while being kid-friendly and accessible,” said Lamont Buford, Vice President of Entertainment Experience and Production of the Kraken, in a press release. “Buoy’s hair is a nod to the hockey flow and waves of Puget Sound. You’ll notice that there’s a removable tooth like a hockey player’s, an anchor earring for our secondary sign, and then a mysterious tentacle that hints at an encounter with the Kraken. Buoy is so much fun and I look forward to meeting the newest member of our team.”

The Kraken begin the organization’s second regular season on October 12 against the Anaheim Ducks.

Explainer: How and why do crowd surges turn deadly?