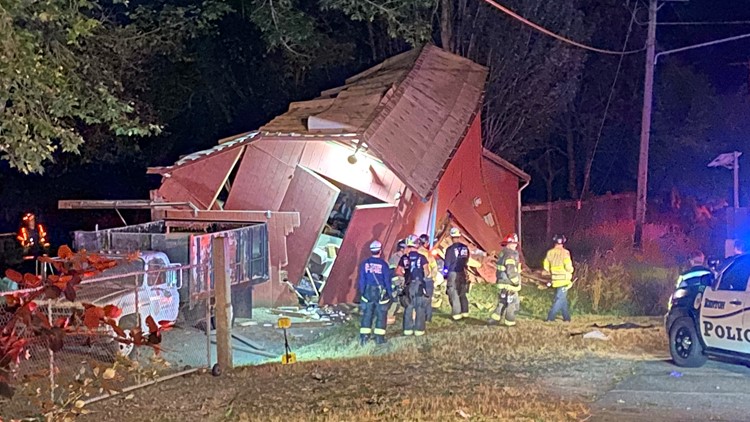 A vehicle stolen by burglary suspects running from police crashed into a barn in Renton early Thursday morning.

RENTON, Wash. – Police are investigating after a car stolen from suspects who broke into a Renton condominium complex crashed into a barn in Renton early Thursday morning.

The accident happened on Southeast Carr Road, not far from the New Horizon School. the crash caused significant damage to the building.

Valley Communications, which dispatches police, firefighters and paramedics to areas in southern King County, confirmed a vehicle was stolen and then involved in a burglary at the Grammercy Apartments. The perpetrators then fled the residential complex in the stolen vehicle.

Several people were taken into custody, but it is not currently known how many people were arrested or how many suspects were in the vehicle at the time of the accident. The age of those arrested is also not known at this time.

A tow truck was called to the scene and the stolen vehicle was removed from the barn. The removal of the vehicle partially collapsed the building.

A stolen car fails to turn and crashes into a red barn on SE Carr Rd. in Renton. There was massive damage to the barn. The people in the car had to crawl out of the broken windscreen because the car was so buried in the barn. pic.twitter.com/NcI9glLUv6

NBC ‘Days of Our Lives’ Spoilers: Trouble For Roman, John and Steve As Orpheus Plays a game with his enemies