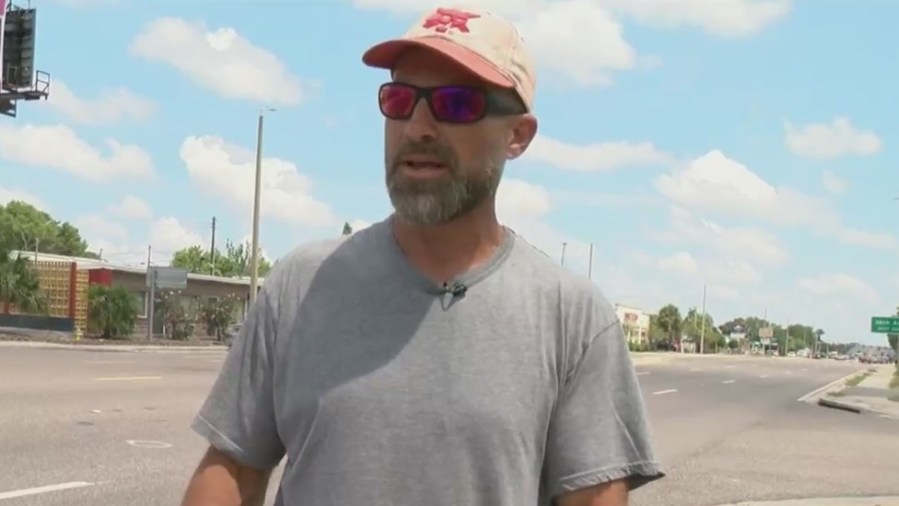 ST. PETERSBURG, Fla. – A man in St.Petersburg, who is accused of killing a pedestrian, is behind bars thanks to two bystanders who were in the right place at the right time.

John Matthews said he was driving down 34th Street North on Monday night when he passed a wrecked train and a person lying on the median.


“You could definitely tell he was dead, so I turned around,” Matthews said. “The car was smoking (rolling), all the airbags were deployed, and I saw these people running down the alley.”

That’s when Matthews and his friend made the quick decision to follow at least one of the mustangs.

He said: “I made two turns, stopped the car and ran down the alley. “My friend has been keeping an eye on him the whole time and he said no, this is the driver. That’s why he only continued after he was with me. We took him down to the apartment block behind here and waited for the police to arrive.”

Matthews told 8 On Your Side that Randy Peterson, 27, told him victims shouldn’t step in front of his car.

The man was found dead in the St. Pete, the police said


“At the time, I was like a man, you don’t regret human life, you know what I mean. He asked me to let him go, let him go, and I said you’re not going anywhere but the jailed man,” Matthews said.

“You know, I’ve seen people hit and run over and over and never end up like that,” Matthews said.

90 Day Fiancé: Shaaeda Sween and Bilal Hazziez Struggle in Their Relationship and Try to Rekindle It