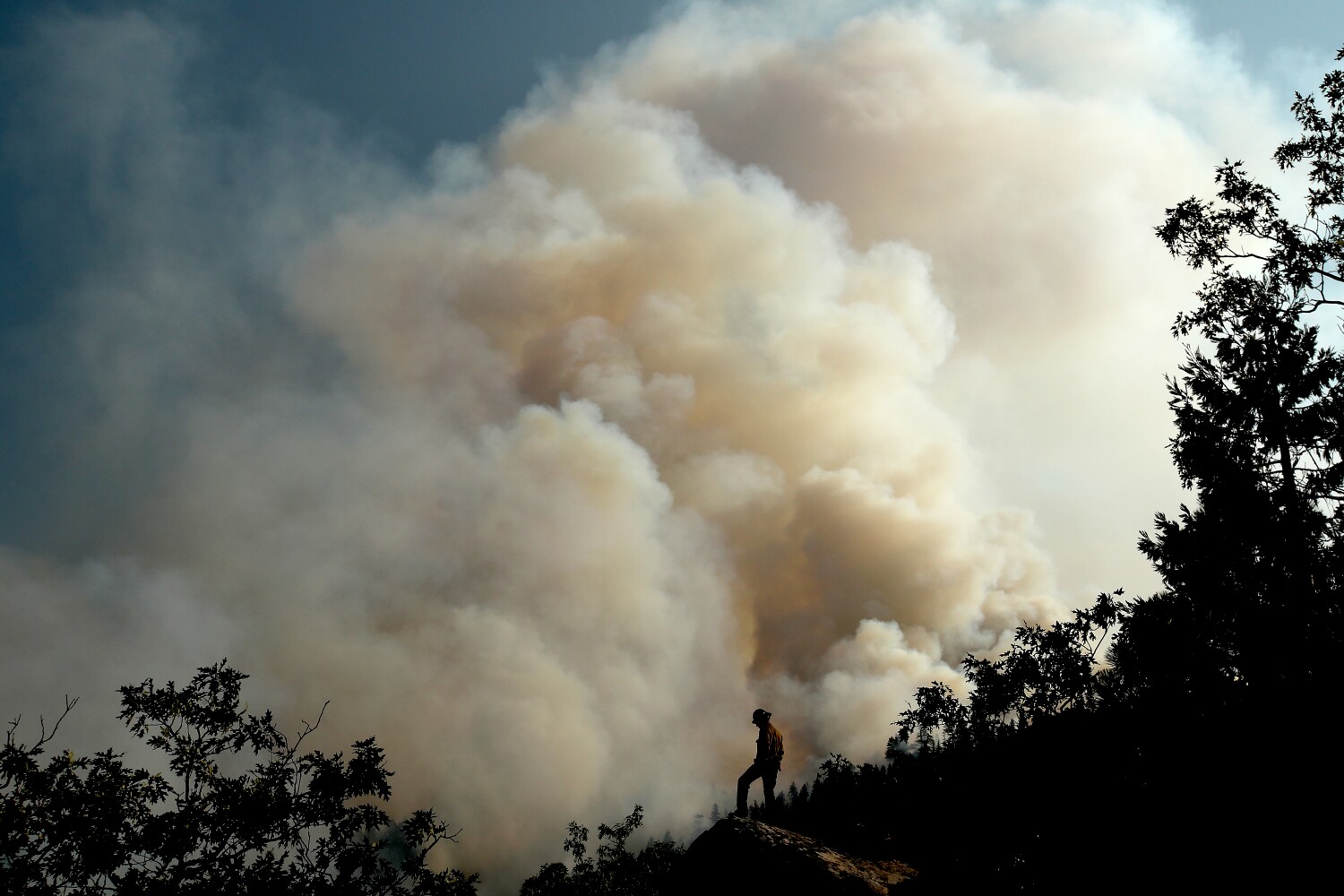 More than 10 hours had passed from the time of the initial spark at 6:48 a.m. on July 13, when a 65-foot Douglas fir tree fell and came into contact with the PG&E conductors, until the blaze was discovered by a PG&E troublemaker at 4:55 p.m., the report said. At the time, it was “too big for him to hold.”

The 963,309-acre fire was the second-largest in California history. It burned across federal, state and private lands in Butte, Plumas, Lassen, Tehama and Shasta counties before it was put into storage at the end of October, the report said. The fire destroyed 1,311. architecture and wiped out much of the town of Greenville.

Cal Fire incident investigators write in the report: “The prolonged response to the initial outage and fault that occurred at 6:48 a.m. was a direct and negligent factor in the burning. “. “If PG&E had gotten to the scene sooner, they might have discovered the fault … and opened the third fuse before it had time to ignite the receiving fuel.”

Cal Fire first announced its determination in January but did not make the report public. PG&E this week received the report and released it on its website along with a statement.

“We have previously shared a large amount of information about the fire and it is our view that we acted as a prudent operator,” the statement said. “This report does not change our position.”

The statement continued: “The day of the fire was a clear day, and there were no signs of an emergency until our troublemaker arrived on the scene shortly after the fire started. Consistent with our policies and standards, the troublemaker worked diligently for hours to get to the site, even after being turned away by the county road crew, and fought the flames on his own before Cal Fire arrives. ”

PG&E also maintained the original finding that the tree was “alive, viable and growing vertically at the time of failure”. Arborist Joe McNeil, consultant for Cal Fire, concluded in his report that the tree had previously suffered damage and decay, which could have been “noticeable at ground level by pre-fire inspectors.” , without special effort.”

Cal Fire investigators also note that a number of large and devastating wildfires that have broken out in recent years in the same area, including the deadly 2018 Camp Fire, have also been linked to equipment. suffered by PG&E.

“July in Butte County and surrounding areas is peak fire season, but PG&E has not demonstrated a sense of urgency to determine the cause of the fault in the fire-prone area during the year,” the report said. a harsh time of the year”.

In April, PG&E avoided criminal prosecution over the Dixie fire as part of a settlement in which it admitted no wrongdoing. Instead, the utility agreed to pay about $55 million over five years in civil penalties and payments to local educational and nonprofit organizations, as well as reimbursements for some investigation and prosecution costs.

PG&E also agreed to develop a program through which dixie fire victims who lost their homes can submit claims quickly for review, approval, and payment.

The utility company in 2019 filed for bankruptcy protection to protect itself from potentially tens of billions of dollars in debt after wildfires in 2017 and 2018 ignited by its power grid killed more than 100 people. It emerged from bankruptcy in 2020 with officials promising it would be a “reimagined utility.”

It is peak cherry season! These recipes bring out the best in California's crop

Marxism at the Museum