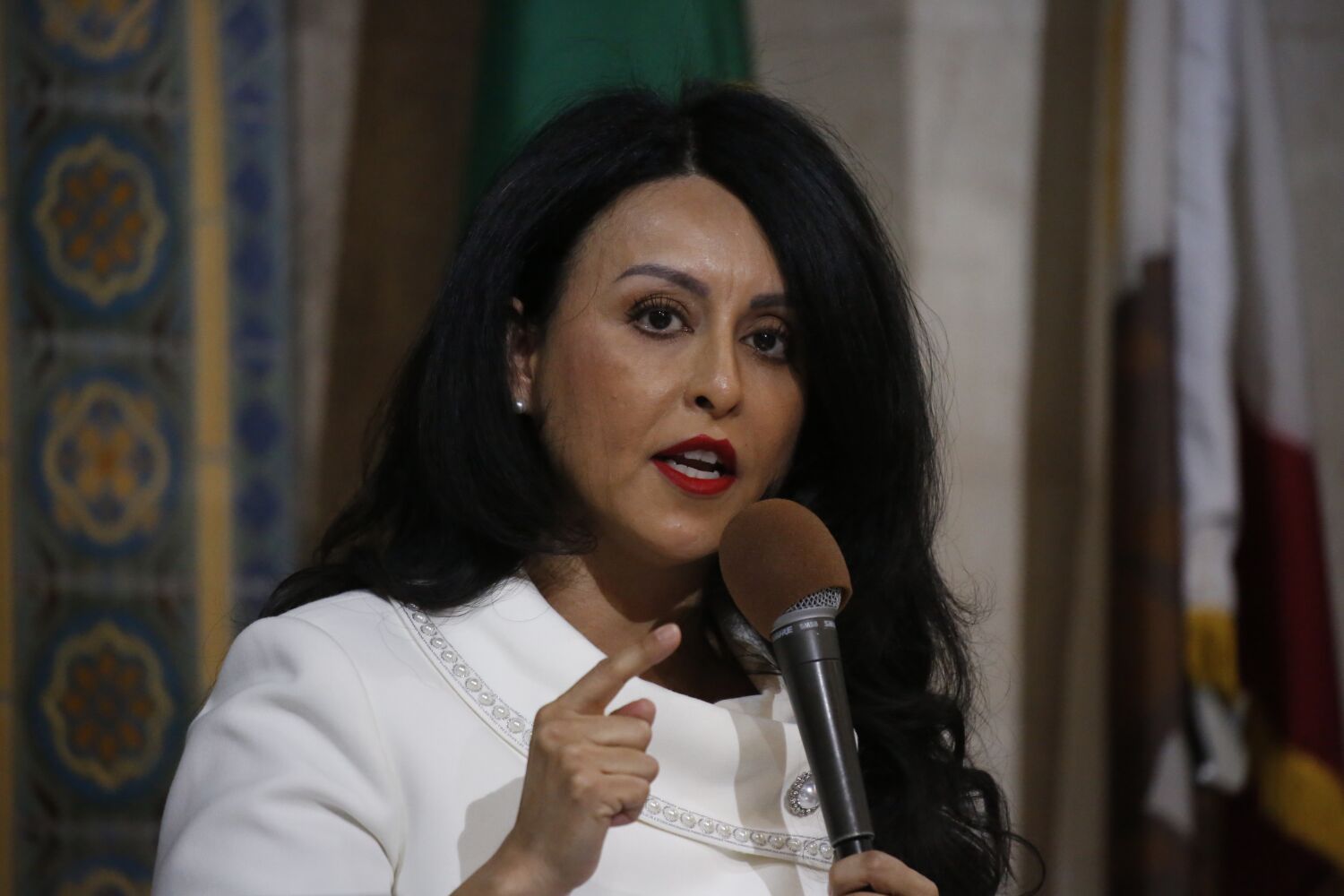 contender for the front page

I was surprised to accidentally find Carolina Miranda’s excellent and very informative column on the Nury Martinez scandal in the calendar section [“Fault Lines in the City Hall Tape,” Oct. 17].

This article should have been on page A1. It is not a film or concert review. It contained valuable information that all readers should know.

Aside from references to the content of the leaked audio, most of the information in this article was completely new to me.

I stumbled across the new “Magpie Murders” on PBS on Sunday night. It’s a real treat on so many levels, as Robert Lloyd so perfectly describes in his review [“A Love Letter to the Whodunit,” Oct. 17].

For years, PBS has been our channel for the best drama and mystery, thought-provoking documentaries, entertaining musical performances, and education and nature programs. And now we can’t wait to see the next episode of Magpie Murders.

Magpie Murders looks like a great series with potential spin offs from other Conway works. But as with other new PBS SoCal shows recently, the show has been marred by repeated pop-up ads for other PBS shows (including “Annika,” which followed “Magpie Murders”).

In a dramatic show like a crime thriller, details matter. The promotion of other shows not only disrupts the visual aspect of the show but also interferes with the viewer’s concentration.

PBS SoCal does not value its own programming by detracting from the viewer’s experience. We’ve reluctantly learned to accept pop-up ads for cars and burgers between the fields at baseball games, but why PBS?

Regarding “‘Rings of Power’ is a hit. Why doesn’t it feel like that?” [Oct. 17]: Despite the flames, the threat of evil, and the violence that are necessary elements of the story, I think Rings of Power is great. The story rings true and is incredibly uplifting. Listen and watch closely and your heart will beat faster.

The theme of good versus evil is paramount, and as this presentation seems to overshadow our problems in the “real world,” it also brings hope that good will pay off.

Regarding “Selling Celebrity Suicides as Mystery” [Oct. 4]: Mary McNamara’s own story of the descent into the disease of alcoholism, suicidal thoughts, etc. Then the decision to reach for sobriety. Live in recovery now. It was insightful, brave and fearless – especially for a woman.

People can be cruelly judgmental. The whole story had heart and soul.

A sober sister in recovery,

A certain kind of “love”

Re: “Dear LA? Funny way to show it” [Oct. 14]: Perhaps Nury Martinez “loves” Los Angeles because she assumes she can say anything and get away with it, here in the city of palm trees, sea breezes and whatever you please.

She’s not the only one who thinks so, of course. But I’m glad her political peers and the media caught up with her in the midst of this self-denying reverie.

One down, so many more to go.

The October 14 column was excellent.

Regarding “It puts the audience in a state” [Oct. 18]: My father was vice president of the Los Angeles Civic Light Opera under Edwin Lester for 41 years, so I grew up listening to musicals.

In response to Lee’s article on reinterpreting “Oklahoma!” I was in the middle seats in the sixth row for the first week. Regardless of the reaction to the interpretation, which reflects today’s aggression, bullying and angry attitudes, there is another glaring problem.

It’s a musical. Most performers cannot sing. My friend (who is a voice coach) literally winced in pain. Aunt El was either sharp or flat, often in the same phrase. Curly’s voice broke what he was trying to cover by slipping up or down a half note.

Only the actor playing Jud had any real training and his was the only excellent singing voice on the show.

Half of the audience left during intermission, and the ushers told us that had happened most nights, including opening night.

How to respect the integrity of classic stage musicals while capturing the interest of contemporary audiences is a subject too vast to cover in a letter like this. Should a program remain frozen and run the risk of becoming stale and irrelevant? (A traditional production of “Oklahoma!” is unlikely to excite audiences as it did in 1943.) Is the new geniuses’ approach to the material a breath of fresh air or an unwelcome distortion?

Hopefully, those who embrace bold new interpretations of yesteryear’s Broadway will realize that “Hamilton” will one day be viewed as a creaking old chestnut in dire need of an overhaul to remain relevant.

Keeping Up With Travis Barker