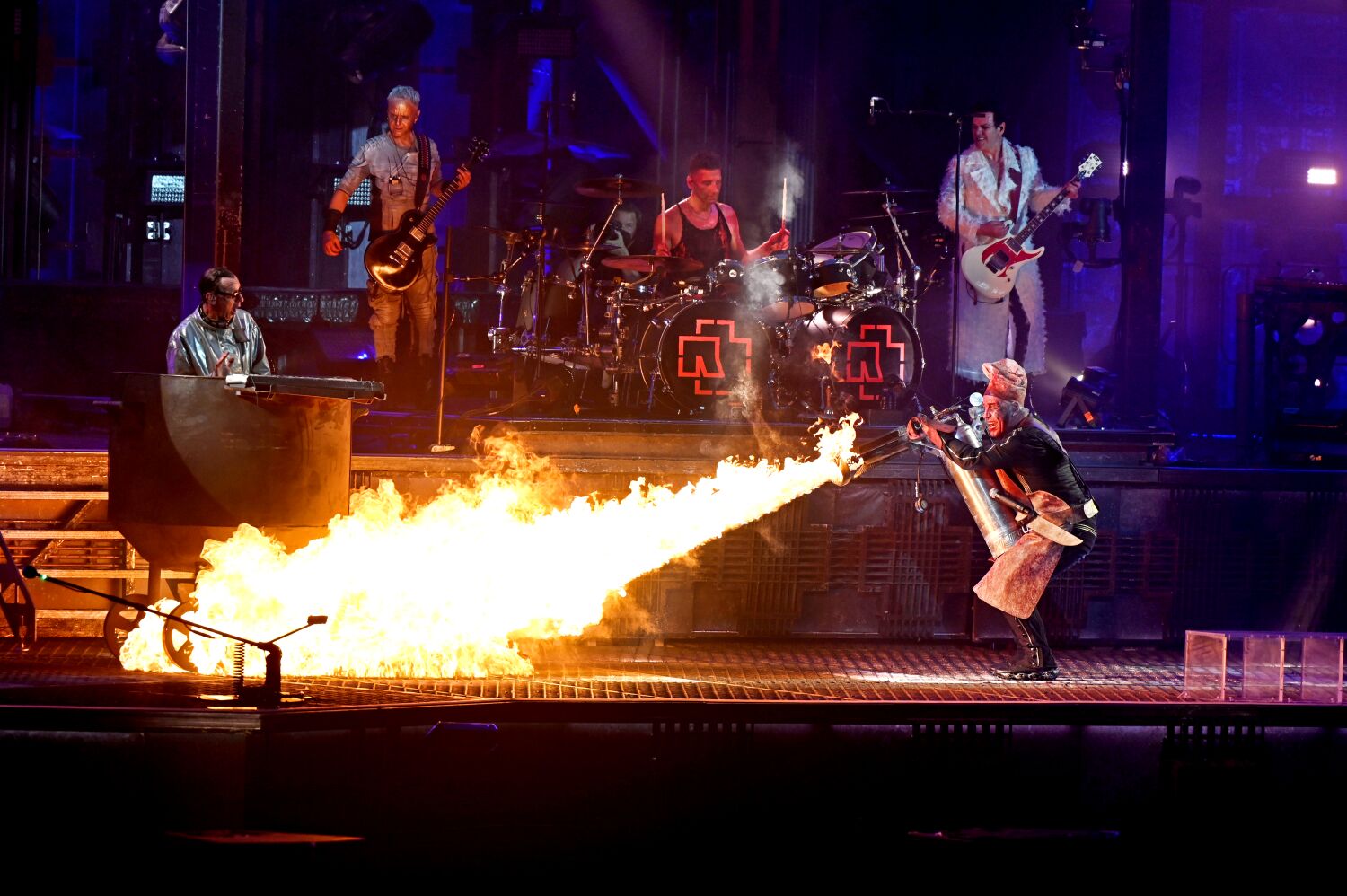 No love for Rammstein?

The Times published Mikael Wood’s review of Morgan Wallen’s concert [“Live, Back From Brink, Sept. 26]but nothing about Rammstein’s triumphant two-night stand at the Colosseum.

Fans have been waiting for the show for more than 2½ years after two COVID postponements and have not been disappointed. The audience was treated to a fantastic performance never seen before in rock music.

Thousands of fans cheered for a band that mainly sings in German. Aside from BTS, I don’t think there are other non-English speaking acts that have reached the same heights as the former East Germans. That fact alone should have justified a review.

Referring to Carlos De Loera’s online article, “Viola Davis Responds to #BoycottWomanKing: Story ‘Is Fictionalized. It must be'” [Sept. 20]: The film “Woman King” is more than a film. It’s a soaring epic, a slice of history, a dose of truth, a dream come true, a beautiful and fearless heroic climax always denied to blacks, a reflection of greatness and bravery before the demise of white dominance.

Women were shown as teachers, comrades, warriors, helping and supporting one another as they did before the divisive culture of capital was imposed upon them.

The traditional religion of much of West Africa, Ifa, was displayed with respect and authenticity, with no apology, and no missionary or imam to spoil its deep depth of beauty and spirituality. No dilution of his truth.

When white people made Braveheart, Troy, Exodus, The Patriot, and the thousands of cowboy movies that shaped my childhood and gave white people collective pride and confidence, no one questioned their historical veracity.

But make a film, an epic, to give black people collective pride and confidence and you will be discredited. Again.

A few thoughts on that [“Wildest Cliffhanger Yet in Soap’s History,” Sept. 22]Meredith Blake’s article on migrating from Days of Our Lives to Peacock.

Soap operas were among the earliest shows to move from radio to television, and that move is likely a leitmotif as well. In a few years, free-to-air television will likely look very different, and all fresh creative content will be streamed or behind a paywall.

My favorite shows haven’t aired in a decade, but at their best they were like fine repertory theater that drew on rich writing and acting talent from the theater and gave us glimpses into the lives of the characters – their humanity, their joys and sorrows .

Our hope is that 21st-century Suits strikes that balance between art and commerce, and that storytellers can return to the heart and soul of these shows – the drama of romance, to be sure, but also the sense of family, community and… Connectedness, a fascinating subject to explore in life and fiction.

It’s a sentiment inherent in the line my favorite show recited every day: “There is a destiny that makes us brothers; no one goes his own way. Everything we send into the lives of others comes back into our own.”

For years I’ve uttered an almost identical version of the phrase Robert Lloyd uses to conclude his spot-on review [“A Chilling Warning to All of Us,” Sept. 19] from Ken Burns’ latest eye-opener, The United States and the Holocaust: “…the people who need it most need to see it least.”

There is not much anyone can do to change this reality, as turning on the TV and chaining people to their seats is not common in this country. Those who actually see it, however, may benefit from the results: heightened vigilance, personal preparedness, knowing our enemies, and confronting the scapegoating tendencies of human nature throughout the ages.

Carolina Miranda’s excellent online article [“L.A. Metro Has Problems Besides Crime and Ridership: It’s in the Design,” Sept. 17], correctly identifies design flaws (actually, programming flaws) of the LA Metro subway stations. Many years ago, actually decades, when the subway stations were being designed but before they were built, my company was involved in a study of the immediate vicinity of the Santa Monica, Vermont station.

We looked at possible development scenarios that could benefit from and benefit the station. The MTA had a no-retail and no-bathrooms policy in stations, saying it was too difficult to manage. Robert Millar, the artist working with our team, suggested a series of small shops along with toilets as an art component in the street level station square. His argument “There is no art in an empty space.” Needless to say, his vision was not realized.

Today we are building a much needed affordable housing project that will fulfill Robert’s vision with retail and grocery stores surrounding the currently vacant square.

But it should have happened years ago and should have included shops and toilets in the underground station.

Recommended Reading: Behind the wheel of the 2023 Mercedes-Benz EQS SUV