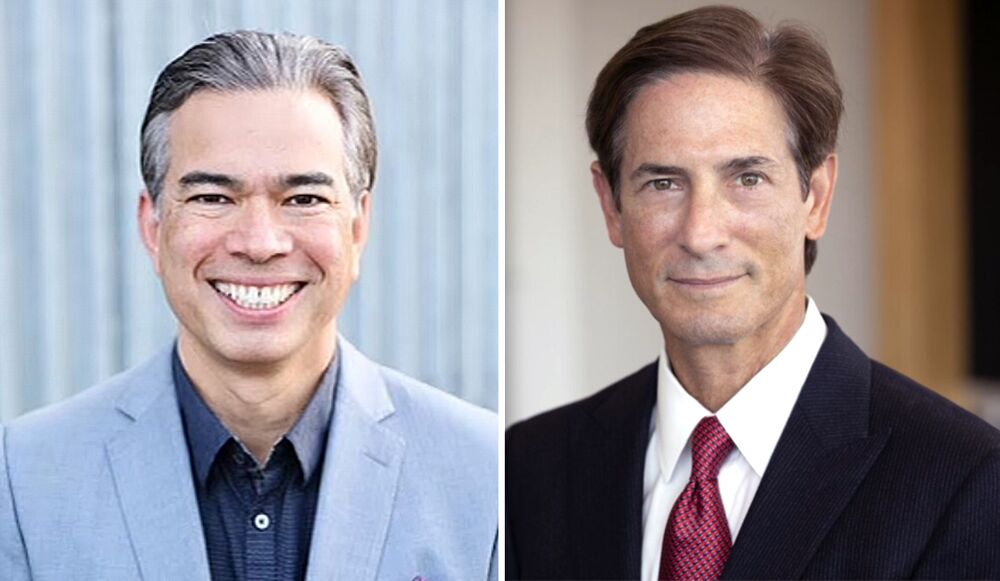 Before being elected to the state assembly in 2012, Bonta was an assistant district attorney in San Francisco and vice mayor of the city of Alameda. As a state legislature, Bonta earned a reputation for his left-leaning legislation and support for criminal justice reform, which includes legislation phasing out private prisons and detention centers in California and eliminating cash bail.

Since taking over the helm of the US Department of Justice, Bonta has focused on prosecuting hate crimes, launching a program to arrest human traffickers over the past year and cracking down on organized retail theft.

Bonta said public safety was “priority and job number one, two and three,” but he faced opposition to legislation he supported, which his critics blamed for a rise in certain crimes and the drug addiction crisis.

Hochman has focused his campaign on rebalancing criminal justice policy, which he says has skewed too far to the left. He said he wanted to “bring safety and security back to California” by increasing penalties for fentanyl dealers and establishing a statewide anti-trafficking task force.

Hochman said his message appealed to Democrats and independents who want an attorney general in the “hard middle” of the political spectrum and who have grown weary of California’s commitment to criminal justice reform efforts, which he said endanger public safety.

His resume includes experience as both a prosecutor and defense attorney, skills he said would serve him well as California’s chief law enforcement officer. Hochman has blasted Bonta’s lack of experience as a prosecutor as evidence he’s a better fit for the job.

Accountability at the United Auto Workers