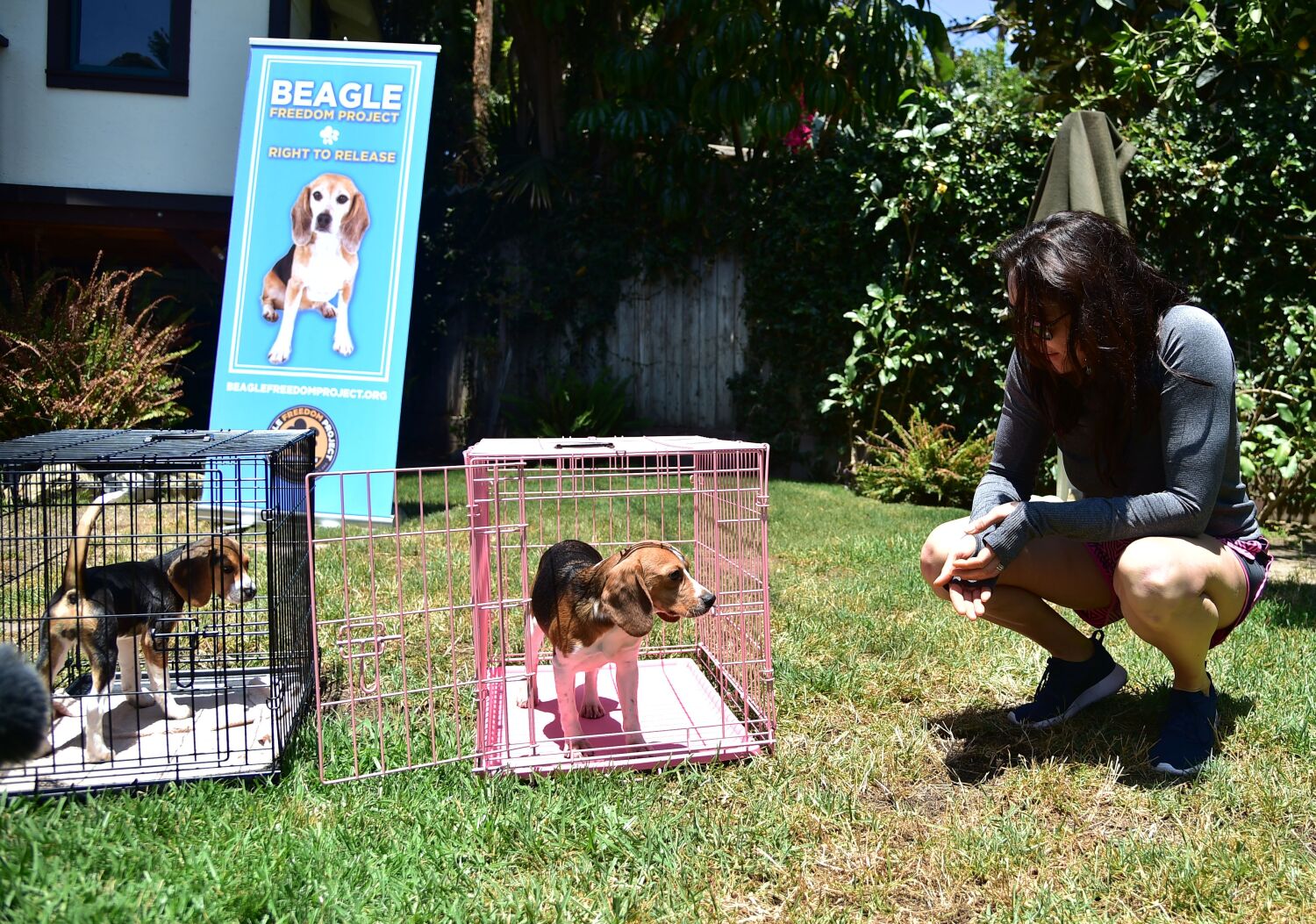 California will ban testing of harmful chemicals on dogs and cats, effectively becoming the first state in the United States to remove the option for companies wanting to learn about the harmful effects of their products.

Gov. Gavin Newsom signed the law into law Monday along with several other animal welfare bills in the state. The law comes into effect on January 1st.

“For many families, including my own, pets are beloved companions that enrich our lives every day,” Newsom said in a statement. “I am proud to sign this law into law to advance our state’s leadership in animal welfare by ending cruel and unnecessary testing on dogs and cats, among other measures to protect the health and safety of pets in California.”

Tests expose animals to products to better understand what harm can be expected when they are used by humans. However, according to the nonprofit Physicians Committee for Responsible Medicine, the process is often painful for animals. The tests involve observing animals for toxic effects over a period of time, including vomiting, diarrhea, convulsions, death and other serious side effects. Some animals are bred specifically to be exposed to harmful products in laboratory settings, according to Wiener’s office.

The law banning third-party testing does not apply to products intended for use in dogs and cats, including drugs such as anesthetics, cancer treatments and other animal products, but is the first of its kind in the country.

“Animal testing that has no scientific value and causes terrible pain and suffering is inhumane, unnecessary and cruel,” Wiener said in a statement. “The PET Act protects cats and dogs from this type of testing and helps these animals live long, healthy lives.”

The most recent example of animal testing involved 4,000 beagles bred in captivity at a research facility in Virginia. The dogs lived in unsafe conditions at an Envigo RMS facility. According to Kitty Block, executive director of the Humane Society of the United States, a significant number of these dogs have now been relocated to California.

“As we celebrate California becoming the nation’s first state to ban certain tests on dogs and cats, we thank Gov. Newsom for signing the PET Act, SB 879,” Block said in a statement. “Nearly 500 Beagles recently arrived in California after our organization undertook a historic effort to remove nearly 4,000 Beagles from a mass breeding facility that was selling dogs to laboratories for experimentation.”