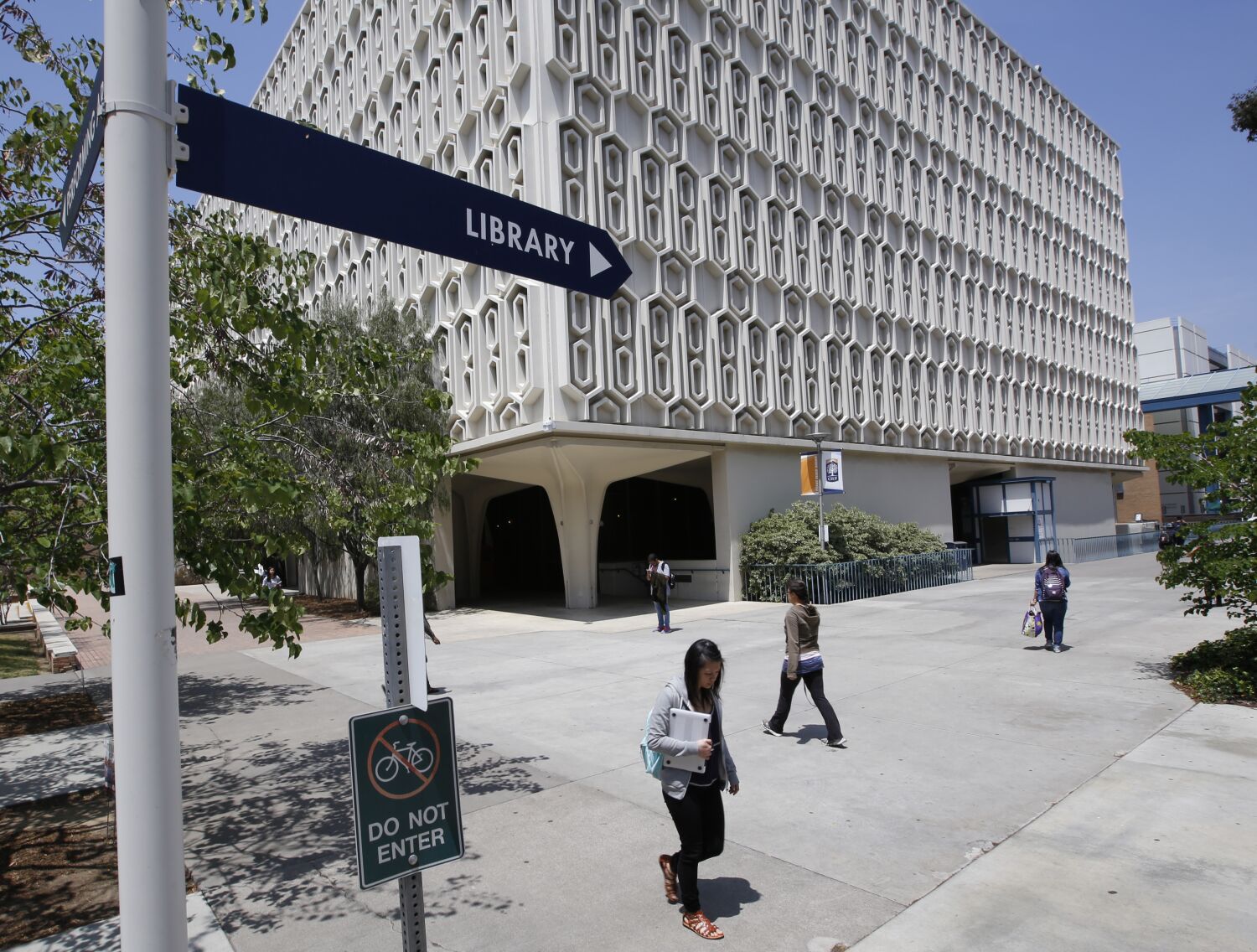 Colleges across the country and in California continue to lose undergraduate students, but the decline has slowed compared to the past two years, when the pandemic turned education on its head, a national report shows.

For the first time since the COVID-19 pandemic, declines are more pronounced in four-year schools nationwide than in community colleges that have been benefited from double-digit increases in high school students double-enrolled in college-level classes. While highly selective colleges saw a slight increase in students, less selective colleges had larger losses, the report said.

The number of first-year students enrolled nationwide fell by 1.5%.

The report finds that an 11.5% increase in dual enrollment in high school helped moderate the 0.4% drop in community college enrollment. Community colleges across the country saw a 1.4% increase in 18- to 20-year-old enrollments and a 0.9% increase in freshmen, which the report says is a sign that their numbers are increasing for the first time since stabilized by the pandemic-enforced closure of the campus in spring 2020.

“Many four-year institutions are still below their freshman numbers from last year, let alone returning to their 2019 freshman numbers, which is very concerning,” Shapiro said. “And I think even the increase in community college freshmen is still small and nowhere near recovering from the huge declines in community college freshmen that we saw in the fall of 2020 and fall of 2021.”

The increases in lower-cost community colleges, while there are declines in four-year colleges, suggest that cost is a factor, Shapiro said. “That strongly suggests to me that affordability is part of the equation.”

Although the dataset is small and subject to change, the report said online institutions saw an enrollment jump of 3.2% and student enrollment at historically black colleges and universities rose 2.5% this fall, which due to the increase in the number of first-year students.

The center’s data comes from 63% of the degree-granting institutions that receive federal funding, representing 10.3 million undergraduate and graduate students in the country. California results are based on 47% of institutions.

Teresa Watanabe, a Times contributor, contributed to this report. Emma Gallegos is a reporter for EdSource, a nonprofit, nonpartisan journalist organization that reports on education in California.

Lord of the Rings Epic Scenes That Move Us Every Time