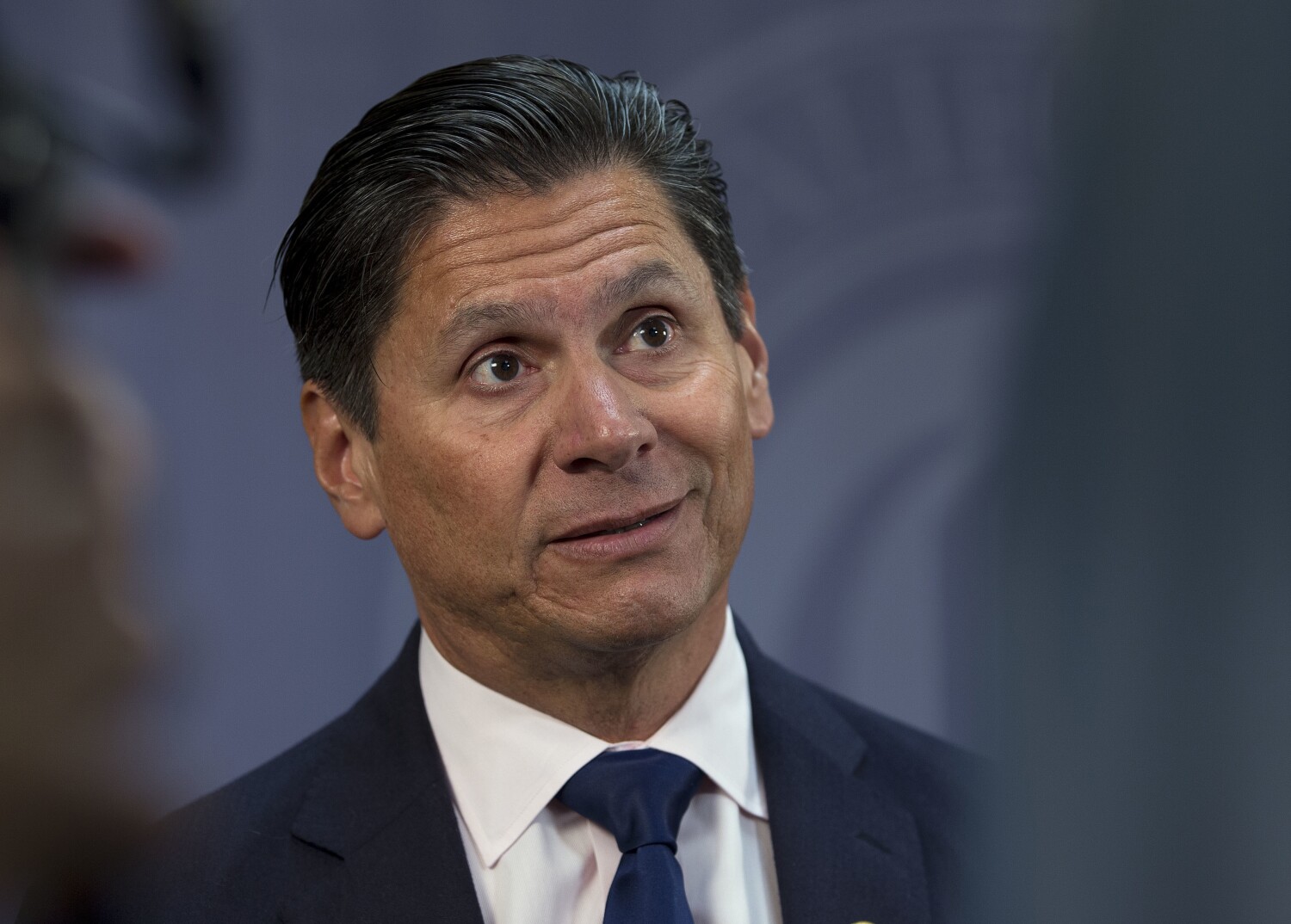 California Community Colleges Chancellor Eloy Ortiz Oakley, an advocate of equity and access for underserved students, announced Thursday that he is stepping down from leadership of the nation’s largest two-year public college system amid rising academic performance but falling enrollment.

Oakley, the son of a Mexican immigrant who rose to become the first Latino chancellor of the 116-campus community college system nearly six years ago, will serve as president and CEO of the College Futures Foundation, an Oakland-based nonprofit focused on the College success focuses the state’s diverse students.

Oakley, who also serves as a member of the University of California Board of Regents, has been a force to remove barriers to college entry, including removing the SAT and ACT as admission requirements and providing better support for students going to UC and want to switch to other four-year universities. He said he would continue that work at the foundation in a role that would allow him to work with all of the colleges and universities along with Gov. Gavin Newsom and the Legislature.

“The College Futures Foundation is the loudest voice in California when it comes to increasing access to the types of students that I have long fought for,” said Oakley, who will step down on August 1. The Board of Governors will meet in July to appoint an interim chancellor and begin a search for his successor.

Oakley pushed for an end to placement tests, which he said all too often underestimated students’ abilities. He also worked to eliminate remedial education, which he sees as a waste of money and time that keeps many students from completing their academic programs. Instead, he advocated supporting students to succeed in higher courses, which would count as credits for four-year universities.

A 2017 California law aimed to largely eliminate remedial education — but more than half of the state’s community colleges have yet to make that change. Still, one-year completion of transfer-level courses increased from 49% to 67% in English and from 26% to 50% in mathematics between 2015-16 and 2019-20, according to system data.

The community college system has also introduced a new funding formula that provides more resources to districts that support low-income students and those with proven increases in student success. And the system successfully sued the federal government to stop policies that could have denied emergency aid to hundreds of thousands of community college students.

“So I think now is a good time to step aside and let the next leader come along and move us forward,” Oakley said of the community college system.

But California’s community colleges, like their peers across the country, are struggling to regain students who have dropped out in droves during the pandemic. System-wide in fall 2020, more than 260,000 fewer students enrolled than in fall 2019, a decrease of 16.8%. Although the declines have moderated somewhat, enrollments still declined 9.9% from fall 2020 to fall 2021, according to a recent report from the National Student Clearinghouse. The system now educates about 1.8 million students.

To counteract these declines, Oakley says colleges need to become more flexible to meet the needs of today’s students, many of whom have to balance work and family responsibilities in addition to school. He said more online and hybrid options, along with more financial support to enable students to study more and work less, could make a difference.

He also said the Chancellery needed more authority and more staff to direct community college districts to better respond to their policies in the largely decentralized system. For example, many districts have not submitted the monthly reports on suspected subsidy fraud requested by the Chancellery after the discovery of 65,000 allegedly forged subsidy applications last year. And with dozens of counties still enrolling students in remedial education, the new state legislation aims to close loopholes that allow such courses to continue.

Monica Lozano, the outgoing President of the College Foundation, praised Oakley. As a former UC Regent, Lozano said she witnessed his “tenacity” as he urged UC to better accommodate transfer students by creating guaranteed admission routes, increasing their enrollment numbers, and offering them more support to succeed.

“He will act with a sense of urgency and impatience that I think we need today,” she said. “We’ve let a system fail to serve these student populations for too long, and Eloy is just relentless in his determination to make a difference.”

In a statement, Gov. Gavin Newsom said he looks forward to working with Oakley to improve equity and affordability in higher education. Newsom and the three public systems have reached an agreement to make specific improvements in college performance in exchange for five years of guaranteed increases in funding — though the amounts now pledged cannot keep pace with rampant inflation.

Things to do in L.A., OC: Juneteenth, Father's Day, dance