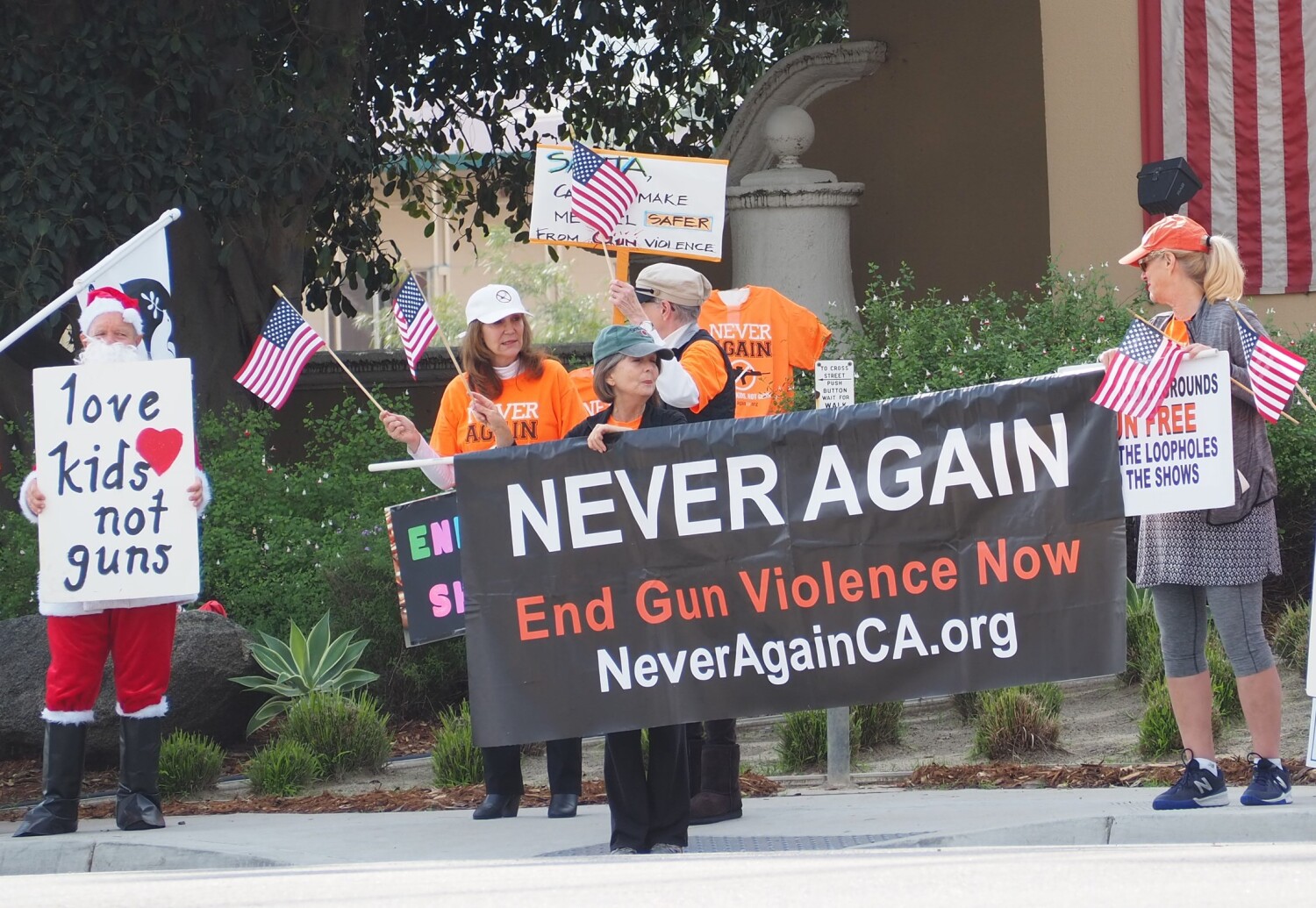 Less than a month after the US Supreme Court ruled against restrictions on the public carrying of firearms in a significant victory for Second Amendment proponents, California Governor Gavin Newsom signed into law at least three key gun control measures to Restrict access to guns and allow private individuals to sue the industry.

On Tuesday, Newsom signed one of the most high-profile bills on a list of more than a dozen he has prioritized this year amid a nationwide spike in gun violence. Assembly Bill 1594 establishes a “standard of conduct for the firearms industry” and allows local governments, the state Department of Justice and gun violence survivors to sue for egregious violations of state sales and marketing regulations.

Democratic lawmakers said they drafted the Atty-sponsored legislation. Gen. Rob Bonta to operate within the confines of a federal law that protects manufacturers and dealers from certain lawsuits.

“To the victims of gun violence and their families, California stands with you. The arms industry can no longer hide from the devastating damage their products are causing,” Newsom said in a statement. “Our children, families and communities deserve gun-free streets and gun manufacturers must be held accountable for their role in this crisis. Almost every industry is held liable when people are injured or killed by their products – guns should be no different.”

The new law will go into effect on July 1, 2023, while others will be implemented immediately due to an emergency clause that required a two-thirds majority in both houses of the legislature. Two bills Newsom signed into law on June 30 will restrict firearm advertising to minors and add restrictions on ghost guns, which are already heavily regulated.

Newsom signed the legislation into law amid deep national divisions over whether more gun restrictions are needed to stem a gun violence crisis, including two recent mass shootings in Buffalo, NY, and Uvalde, Texas that killed dozens, including 19 children.

In the wake of those tragedies, Newsom and leading Legislative Democrats pledged swift action on a package of proposals to further strengthen state gun regulations, already the strongest in the country. Since then, another seven people have died in a mass shooting in Highland Park, Illinois, during a July 4th parade, the same day five people were shot, one fatally, in downtown Sacramento near the state capitol.

Two days earlier, the US Supreme Court overturned a New York law that requires people to demonstrate a “special need for self-protection” in order to carry guns outside their homes. The 6-3 ruling poses a legal threat to a number of state gun laws across the country and looms over the bills that Newsom signed into law.

Sam Paredes, executive director of Gun Owners of California, said many of the bills likely violate the 1st, 2nd and 14th amendments.

“None of these things, none of the bills that are going to go to the governor’s desk and that he’s going to sign, pass that [constitutional] test, in our opinion. And I think we will find out in court whether our opinion is correct,” Paredes said.

Daniel Reid, regional director for the west of the National Rifle Assn., also expressed serious concerns about restrictions on youth advertising, which he said were “clearly unconstitutional on First Amendment grounds.” Reid said these regulations could hinder conservation and hunting efforts, as well as firearms training and educational opportunities for young people.

While gun rights advocates argue that the Supreme Court ruling now makes it harder for states to pass new rules, experts say there is still some legal room to test constitutional limits.

“Not surprisingly, lawmakers may continue to try to regulate [guns]’ said Wolokh. They would need to be more cautious, he added, acknowledging that firearms “are now in a zone of considerable constitutional protection.”

Newsom is expected to sign more gun laws in August after lawmakers returned from their summer recess and adjourned this year’s legislature. Among them is Senate Bill 1327, a closely watched proposal to increase legal liability in the industry by authorizing private lawsuits against anyone who imports, distributes, manufactures or sells illegal firearms such as assault rifles, .50 BMG rifles and so-called ghost guns.

Newsom drew national attention in December when he demanded that the law test the legal logic of the Supreme Court, which refused to block a Texas law that would allow individuals to sue anyone who assists in having an abortion.

California has long required applicants to show “good cause” to obtain a concealed carry weapon license, but the New York Supreme Court decision rendered that requirement unconstitutional, Bonta said shortly after the ruling. Even so, Newsom said he had been working closely with the attorney general and legislative leaders “for months” on Senate Bill 918, which “would update and strengthen our public transportation law and bring it into line with the Supreme Court ruling.”

The bill aims to determine where guns are prohibited in California, including on school and university campuses, public transportation, bars and public parks. Firearm owners wishing to obtain a concealed carry license would also face a more rigorous application process and additional retention and training requirements. Lawmakers approved the bill during a key committee hearing last month.

“This is important legislation to strengthen our existing concealed carry laws and ensure that every Californian is protected from gun violence,” said Senator Anthony Portantino. a Democrat from La Cañada Flintridge and author of SB 918. “We must act conscientiously against the epidemic of gun violence in our country, and concealed carry laws are a key component of that effort.”

Electricity Is the New Medical Miracle