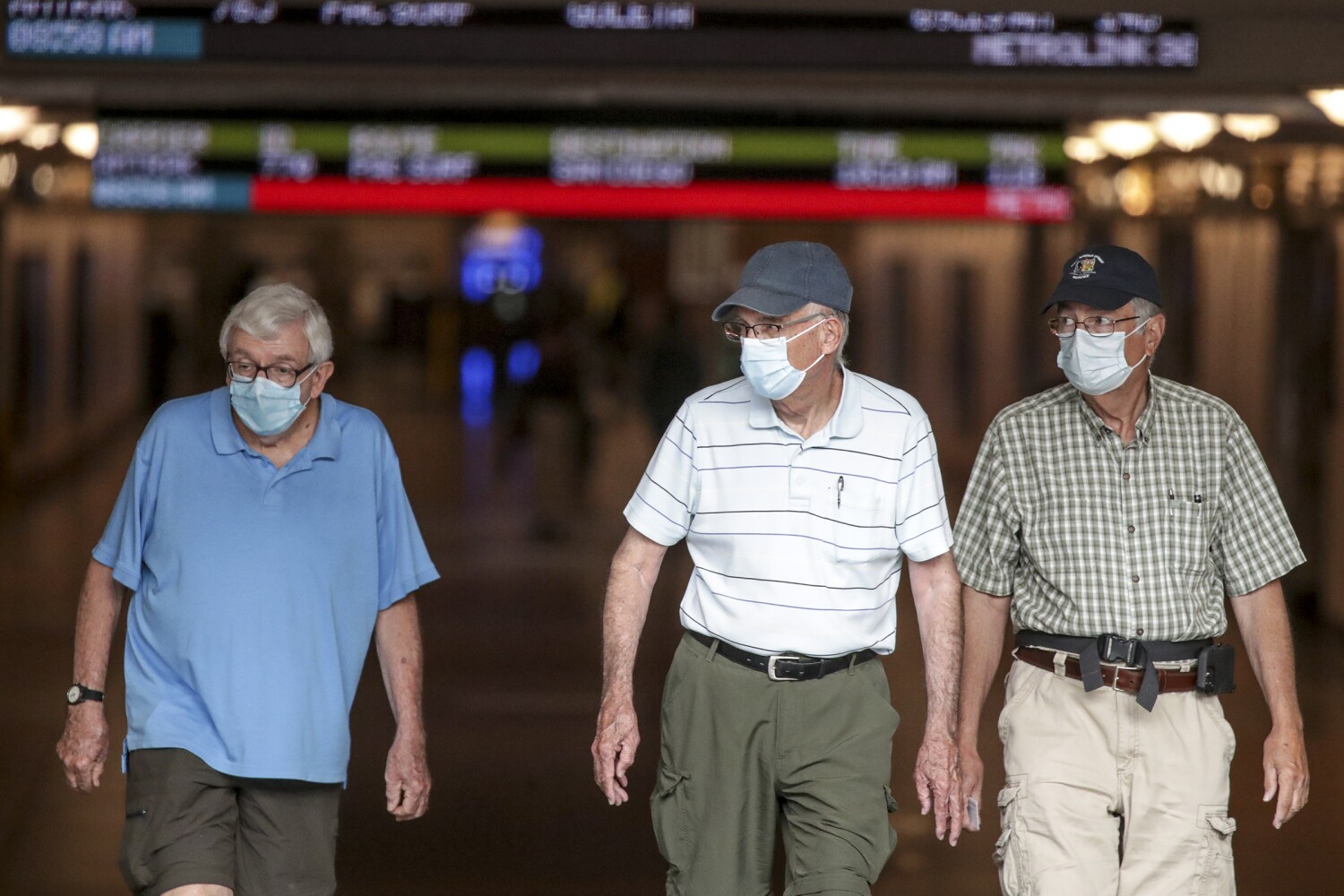 California’s summer is complicated by a dizzying array of Omicron subvariants that have emerged in recent months.

The most dominant nationwide is BA.5, which officials say is not only highly contagious but has also increased the risk of being infected with the coronavirus again – perhaps just weeks after a previous case.

According to federal estimates, BA.5 accounted for 65% of the country’s coronavirus cases in the week ending Saturday, a staggering increase from a month ago when it accounted for 17% of cases.

On the effects of the sub-variant:

So what does the rest of summer look like? Here’s a breakdown of what we know:

What can we expect?

California is clearly continuing to see a surge of cases from the superinfectious family of Omicron subvariants, namely BA.5.

The number of coronavirus-positive hospital admissions is also rising, raising the possibility that facilities could come under renewed pressure. That’s not a certainty, however, as a fall or stabilization in infections would likely trigger the same thing in healthcare systems.

And while hospital admissions remain far lower than previous waves, the trend lines are worrying.

As of Tuesday, 4,377 coronavirus-positive patients were hospitalized statewide, including 1,170 in LA County. Over the past month, those numbers are up 61% and 97%, respectively.

In LA County, about 60% of coronavirus-positive patients in hospitals are being evaluated for reasons unrelated to COVID-19 illness. But officials say they pose a potential burden on hospitals because additional resources are needed to prevent them from infecting others.

A forecast issued by the state suggests that coronavirus-positive hospital admissions will continue to increase over the next two weeks before declining. If the model is correct, the number of predicted hospitalizations at the peak “will be unrelated to previous increases that we’ve seen,” said California epidemiologist Dr. Erica Pan in a briefing to the California Medical Assn. on Tuesday.

A big question is whether BA.5 will remain the dominant variant for a while longer. That forecast could eventually stabilize the situation in California and eventually lead to a drop in cases, Dr. Peter Chin-Hong, infectious disease expert at UC San Francisco.

A possible turning point in this scenario is the emergence of another Omicron subvariant, BA.2.75, which is a cause for concern in India. Scientists say it may spread quickly and bypass immunity from vaccines and previous infections. It’s unclear if it could cause more serious illnesses than other Omicron variants.

In previous waves, dominant strains such as Delta and Alpha remained relatively long and were not quickly displaced by their successors, meaning that someone infected might enjoy a high level of protection for perhaps several months.

That time frame has shortened significantly since Omicron first burst onto the scene late last year. Only since April have three different sub-varieties – BA.2, BA.2.12.1 and now BA.5 – been considered the dominant variety nationwide. This rapid succession means that someone can become infected with an earlier release of Omicron and then be reinfected with a newer version a few weeks later.

“Many people who have recently been infected can probably get the virus again in three or four weeks, as opposed to the old days where they have a three-month window period,” when re-infection is less likely, Chin-Hong said.

What about a new LA mask mandate?

Although LA County hospitals are not overwhelmed by COVID-19 patients, Ferrer said reinstating a universal mask mandate in case hospitalizations continue to increase is prudent.

Ferrer has said that if LA County transitions to the CDC-defined high COVID-19 community level and stays there for two consecutive weeks, public health officials will reinstate a universal mask requirement in indoor public places for those ages 2 and older. Such an order could come into effect as early as July 29.

Should that happen, LA would be the only California county with a mask mandate, though the state Department of Public Health still strongly recommends masking indoors.

Unlike transmission rates, which account for coronavirus cases and test positivity rates, COVID-19 community levels account for both cases and hospitalization rates.

While some have questioned the effectiveness of a renewed mask mandate, “there is broad consensus in the scientific community that wearing a quality mask in indoor public spaces is an important tool in controlling the spread of COVID-19,” said Dr. Ashish Jha, the White House COVID-19 response coordinator, said during a Tuesday briefing.

What evidence is there for the effectiveness of mask requirements?

Ferrer pointed to some studies that suggest universal masking commands have been effective in reducing virus transmission.

A study published in February in the journal Health Affairs says that between March and October 2020, those with mask requirements had 35% lower coronavirus case rates than those without in more than 400 U.S. counties.

Another study released in March by the US Centers for Disease Control and Prevention found that school districts in Arkansas with universal mask requirements had a 23% lower incidence of coronavirus cases than districts without a mask requirement from August through October 2021.

Another report showed how consistent use of quality masks can reduce the risk of infection.

The report released by the CDC in February says that consistently using a quality face covering — like an N95 or KN95 respirator — in indoor public places was associated with an 83% lower chance of testing positive for the coronavirus than using it who was not wearing a mask.

That means poorer LA County residents — who make up a significant portion of the economy, including food production, hospitality and tourism — are once again bearing the brunt of this latest wave of COVID-19.

“Family resources with fewer resources are more likely to have higher exposure at work, live in cramped quarters, and have one or more chronic medical conditions,” Ferrer said, “than wealthier people. “This puts these individuals at greater risk of suffering the severe effects of COVID. … Vaccination alone is not enough to eradicate the troubling injustices.”

LA County has a tremendous concentration of poverty and overcrowded housing, making the impact of a pandemic wave particularly intense in a county of more than 10 million people. Of all Southern California’s coastal counties, LA County has the highest poverty rate and lowest median household income.

Older people are still more likely to die, but some of those who die are young. Fourteen new deaths were reported on Tuesday, including one person aged between 30 and 40 and four people aged between 50 and 64. Four deaths were between the ages of 65 and 79 and five people who died were aged 80 or older.

What about personal behavior?

It is also likely that some who have avoided infection are no longer using certain protective measures, or are exposed to family members and friends who have relaxed protective practices.

That’s why it’s so important that people get vaccinated and boosted when they’re eligible, said CDC Director Dr. Rochelle Walensky.

“There’s a lot we can do to try to prevent these ICU stays,” she said.

Jha also noted, “Getting vaccinated now will not prevent you from getting a variant-specific vaccine later this fall or winter.”

And for those aged 50 and over, “If you haven’t received a vaccination in 2022 … please go for another vaccination,” he said. Whether you’re eligible for a first or second refresher, “get one now. It could save your life.”

A single-player Aliens game is in the works for PC, consoles and VR