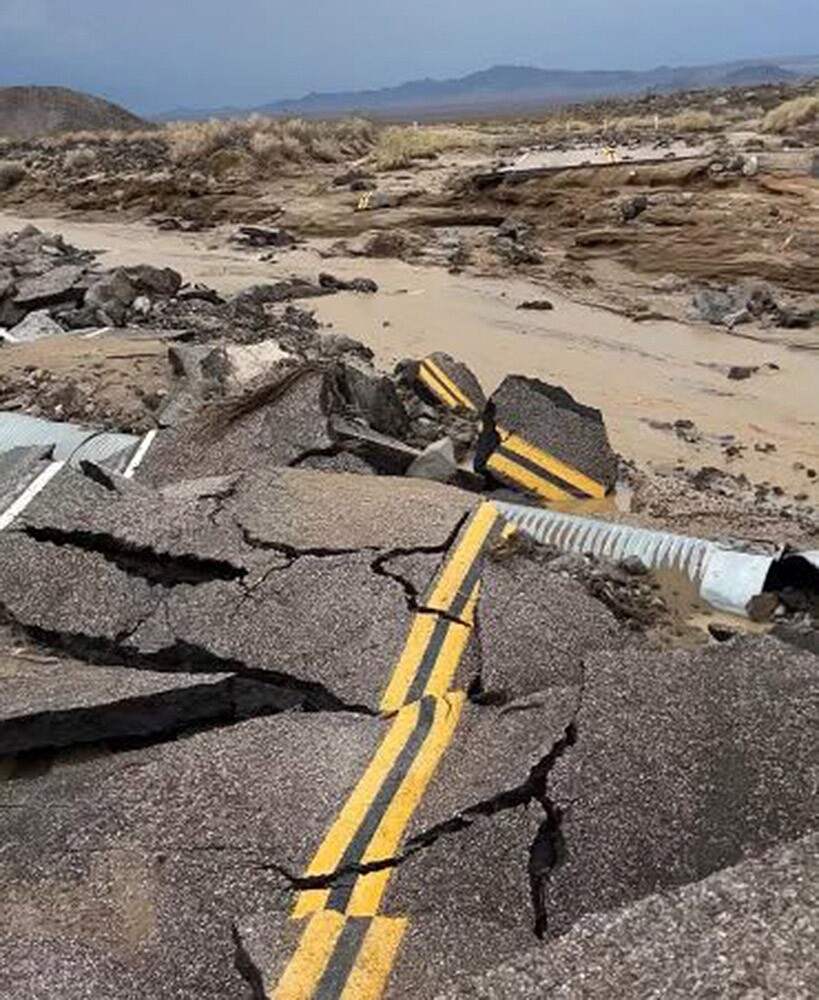 August gets off to a sticky, wet start as a monsoon stream stalks California.

Some parts of the state have seen heavy rains in recent days, while others suffered flash flooding and debris flows. Other areas also saw little but suffered a hot, sticky high-humidity mess that is expected to break off over the next few days but will persistently return by the weekend, according to the National Weather Service.

About 30 drivers were stuck in their cars on Sunday as heavy rain sent mud and debris onto Highway 38, which leads to Big Bear. It rained just over an inch in the Angelus Oaks area of ​​San Bernardino, according to the National Weather Service, which was just enough for mud to flow down the burn scar of the 2020 El Dorado fire.

Due to the possibility of more thunderstorms Monday, a 12-hour flash flood watch began at 10 a.m. for the San Bernardino and Riverside mountains.

Further north, Death Valley National Park was closed after fast-moving floodwaters buckled and damaged roads. Flash flooding also hit the Mojave National Preserve and major roads leading to the reserve are closed due to water damage, according to CalTrans.

“It’s monsoon season for SoCal,” said Casey Oswent, a weather forecaster with the National Weather Service in San Diego. “We get a lot of moisture from the Gulf of California.”

Simply put, a monsoon is a shift in wind patterns. Monsoon flows draw moisture to Arizona, California and Nevada after a pattern shift near the upper troposphere and can sometimes last for a few days or extend over longer periods, meteorologists say. This means that at higher temperatures, more moisture remains in the air.

Temperatures are forecast to reach the upper 70s and 80s from the beaches to downtown Los Angeles on Monday. In the San Gabriel Valley, highs are around 90.

Monsoon showers and thunderstorms could sweep over the mountains in Los Angeles and Ventura counties and Antelope Valley, according to forecasts.

In the San Francisco Bay Area, meteorologists keep an eye out for thunder as storms move east from the coast.

Meteorologist Sarah McCorkle of the Monterey National Weather Service said downtown San Francisco experienced one of the wettest July in recent years. But last month, the city didn’t break a record set in 2015, which saw 0.07 inches of rainfall versus 0.04 inches this year.

“It doesn’t rain much,” McCorkle said, “but it’s worth nothing for the month of July, which is usually the driest month of the year.”

There is high pressure over the southwestern areas of the United States, causing additional moisture. Just outside of California, the dew point — which measures water vapor in the air — was persistently high, according to Las Vegas National Weather Service meteorologist Ashley Nickerson.

On Monday, northwest of Las Vegas, the Lee Canyon Highway received over 2 inches of rain over a period of one hour. A flash flood warning was put into effect just before noon.

Fast-food workers to strike across California for better working conditions

Congressman with anti-LGBTQ past tries to win over gay voters