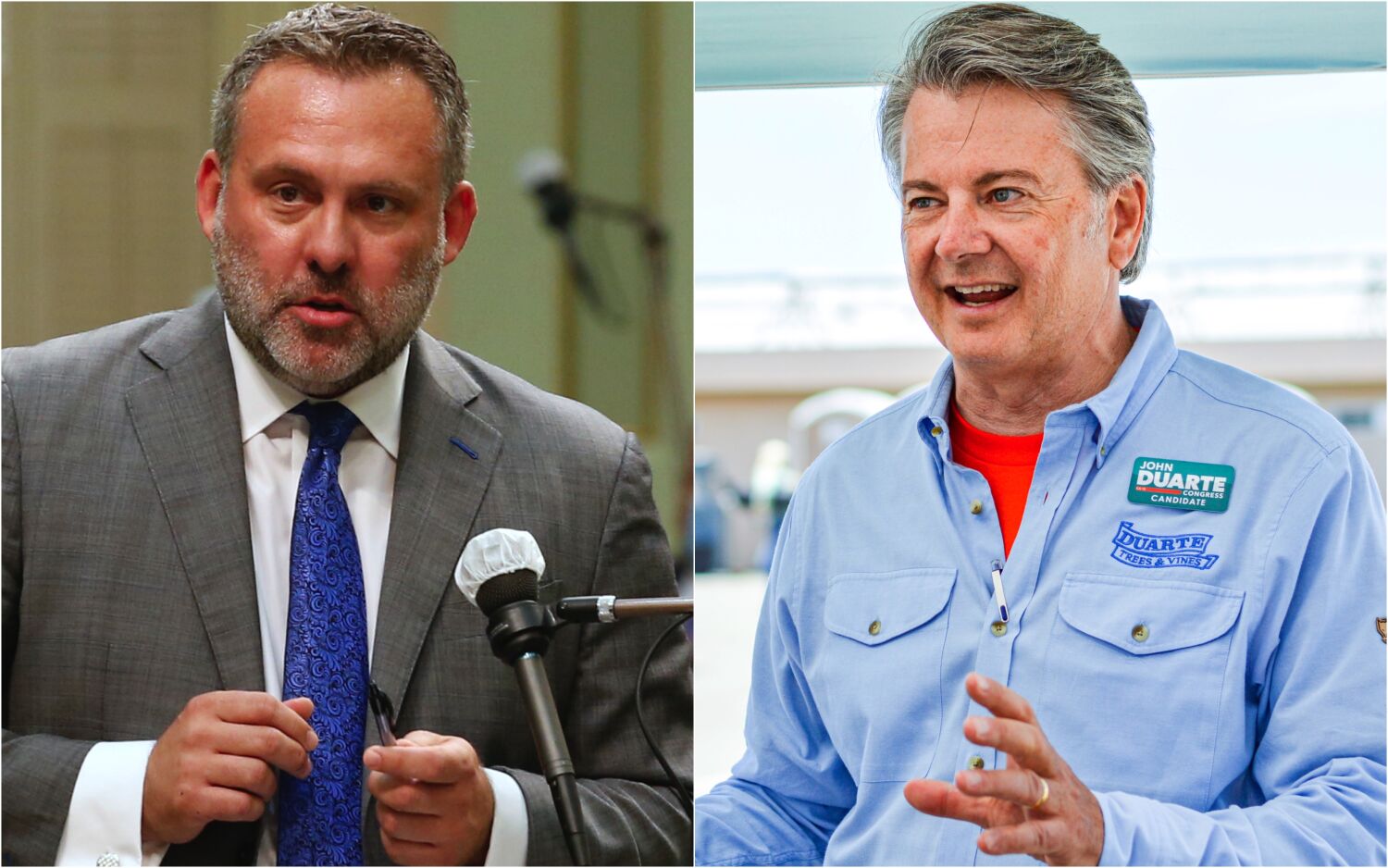 Duarte, a fourth-generation farmer from Modesto, grows almonds, pistachios and grapes at his family’s Duarte nursery, one of the largest in the country.

He draws on his family’s history and knowledge of the San Joaquin Valley to promote his candidacy. In addition to protecting the water in the valley, Duarte wants to lower the cost of living in the region.

The Republican caught the attention of conservatives while campaigning against the federal government over allegations – from the US Army Corps of Engineers and later the Environmental Protection Agency – that he violated the Clean Water Act by damaging wetlands to plant wheat in Northern California . After years of fighting, a judge ruled that Duarte broke the law. Faced with potentially massive fines, Duarte made his choice and paid $1.1 million.

His family’s nursery was also sued for knowingly selling unhealthy pistachio trees. A judge ruled in favor of the farmers who bought the trees, claiming millions of dollars in losses, but the legal battle is ongoing.

Born and raised in Merced, Gray attended the local community college, worked in his family’s dairy business to help fund the way, and then earned his bachelor’s degree in political science from UC Santa Barbara. He began his career in politics by working as a clerk for legislators. Gray has also lectured on the state legislature at UC Merced.

In 2012 he was elected to the state assembly, where he represents much of the northern half of the new congressional district. He has challenged the state water agency, including plans to divert water around the Sacramento-San Joaquin River Delta and pipe it to Southern California in what he calls the “state water heist.” Gray requested an audit from the California water authorities this year.

Gray’s campaign is anchored in water rights, improving education and strengthening public safety. Gray has advocated the creation of a medical school at UC Merced to increase the number of healthcare workers in the valley.

Is this the season UCLA Bruins win Pac-12 basketball title?

1 child dead, another injured after being pulled from backyard pool in Harrison Township, Gloucester County