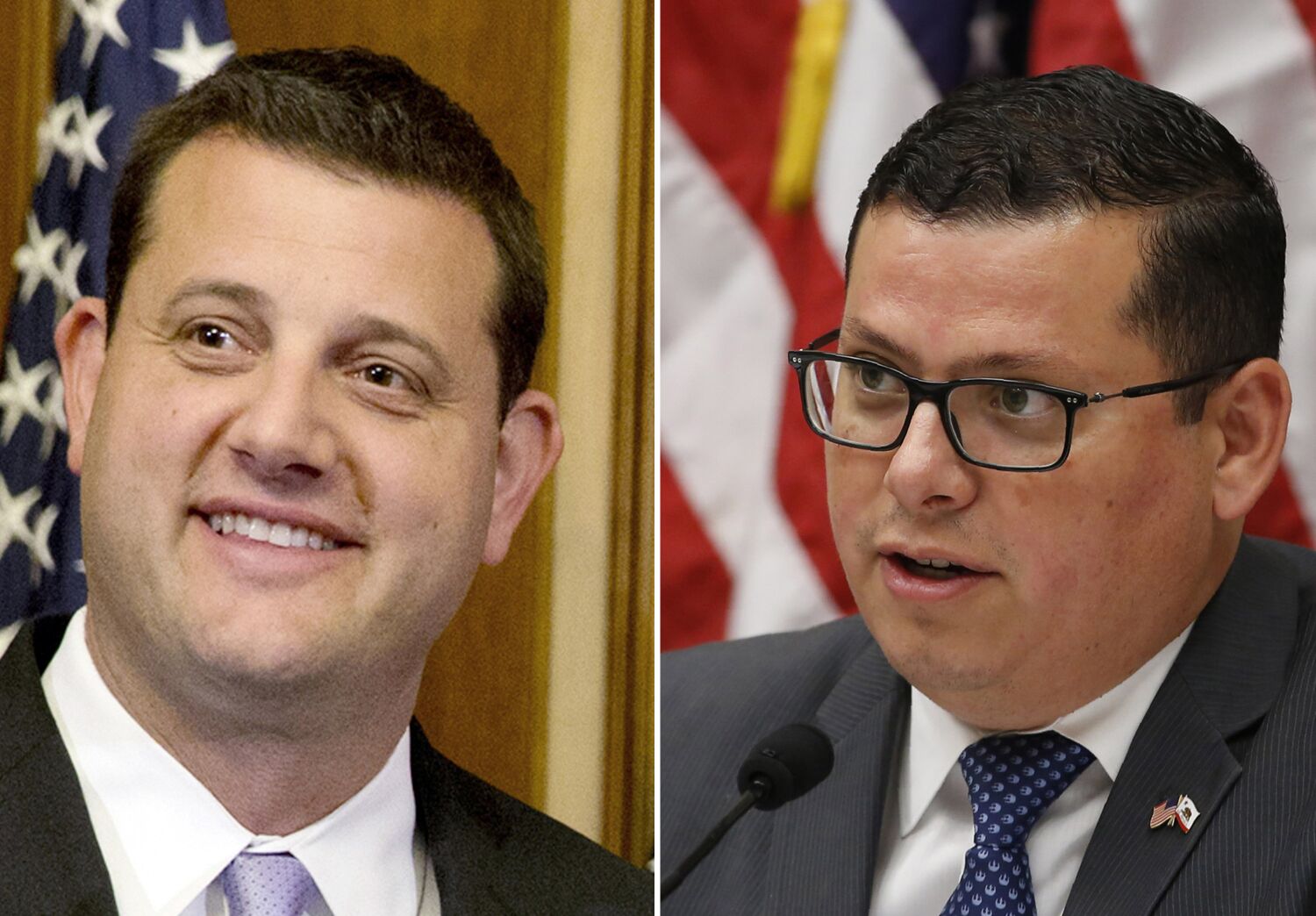 Valadao is one of 10 House Republicans — and the only GOP Californian — who voted to impeach Trump over his role in the Jan. 6 riot. Valadao, son of immigrants from the Portuguese Azores, was born and raised in Hanford. He became a partner in his father’s dairy and farming business and worked with industry groups such as the California Milk Advisory Board and the Western States Dairy Trade Assn.

Salas grew up with his father in the fields of the Central Valley before attending UCLA. After earning his bachelor’s degree in political science and history, the Bakersfield native worked in the White House for Vice President Al Gore. He later returned to California as an advisor for Upward Bound and the College Assistance Migrant Program at Cal State Bakersfield, which helps students from agricultural backgrounds transition to college.

In 2010, Salas became the first Latino to be elected to Bakersfield City Council. Two years later, he won a seat in the State Assembly, where he voted in favor of a landmark law that paid farm workers overtime and helped secure state funding for new water wells and cultural centers in the valley. He was also co-chair of the New Democrats, a group typically aligned with business interests.

Both candidates focus on water for farms and households and support immigration reform, including a path to citizenship for some immigrants.