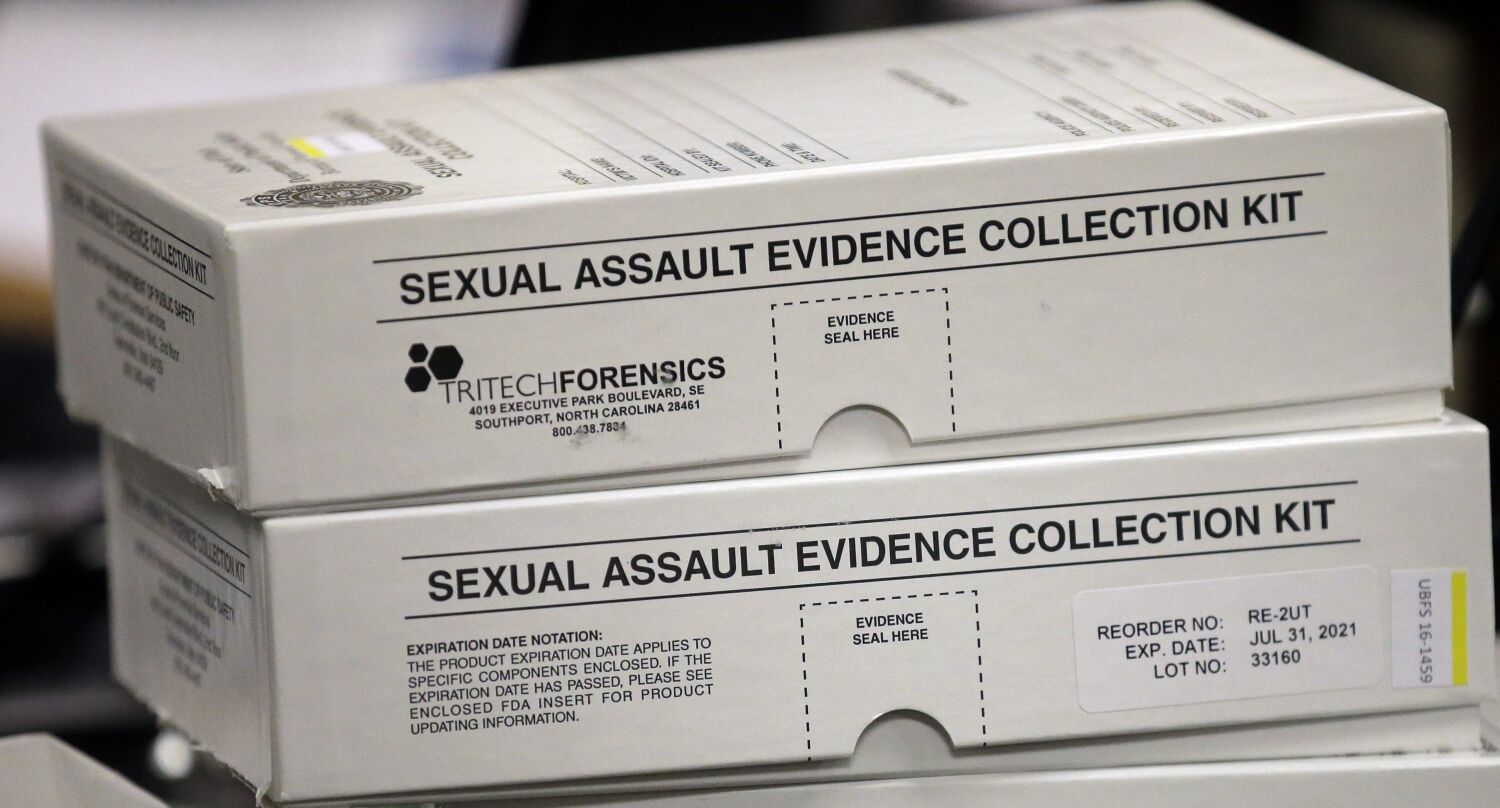 California on Tuesday launched a website that allows sexual assault victims to track the status of the results of their medical exams — an attempt to address widespread complaints of backlog waits at local police departments.

The online portal, hosted by the California Department of Justice, allows victims to search for results from rape kits completed after 2018.

Forensic investigations into sexual assault are conducted in hospitals and sent to local law enforcement agencies tasked with linking DNA to offenders. But in California and across the country, the evidence sat on the shelves of police and sheriff’s departments, in some cases untested for years.

As of 2020, nearly 14,000 sexual assault investigation kits remained untested in California, according to a report by the attorney general.

Just last month, an attorney for a woman who accused three former San Diego state football players of raping her at a party last year sued the city, demanding more information, including DNA results, from police nearly a year after her rape investigation Have been carried out.

The new state website is the result of legislation authored by Sen. Connie Leyva (D-Chino) and signed into law by Gov. Gavin Newsom last year.

SB 215 requires the state to allow victims to “privately, securely, and electronically” verify the status and location of their exams.

Supporters of the bill, including the Alameda County District Attorney’s Office, said the process of tracking rape kits had been “awkward and not private,” and victims would have to contact law enforcement by phone or in person.

“Having already been sexually assaulted — and having bravely endured a long and invasive rape kit investigation — it’s critical that we enable survivors to securely track the status of their rape kit whenever they choose,” he said Leiva.

California Atty. General Rob Bonta, who is up for re-election next week, said in a statement on Tuesday that the new website, as well as a state-appointed coordinator of the program, will help clear local backlogs and ensure the “timely processing” of evidence.

“My office strives to do everything in our power to support survivors, reduce harm and ensure justice,” Bonta said. “That is precisely what the new measures we are announcing today are about – increasing access to the information survivors are legally entitled to and supporting our local partners in their efforts to process evidence of sexual assault.”

Bonta’s office said the site is secure because users must have a kit number to access data.

“As a safeguard against potential abuse,” the portal only provides the location of the kit and its status in the collection process — no personal information about the victims, Bonta said.

GM Joe Schoen - Giants would be open to talking to Odell Beckham Jr.

Kyle Doan: Boy told mom ‘be calm’ before being swept away in California floodwater