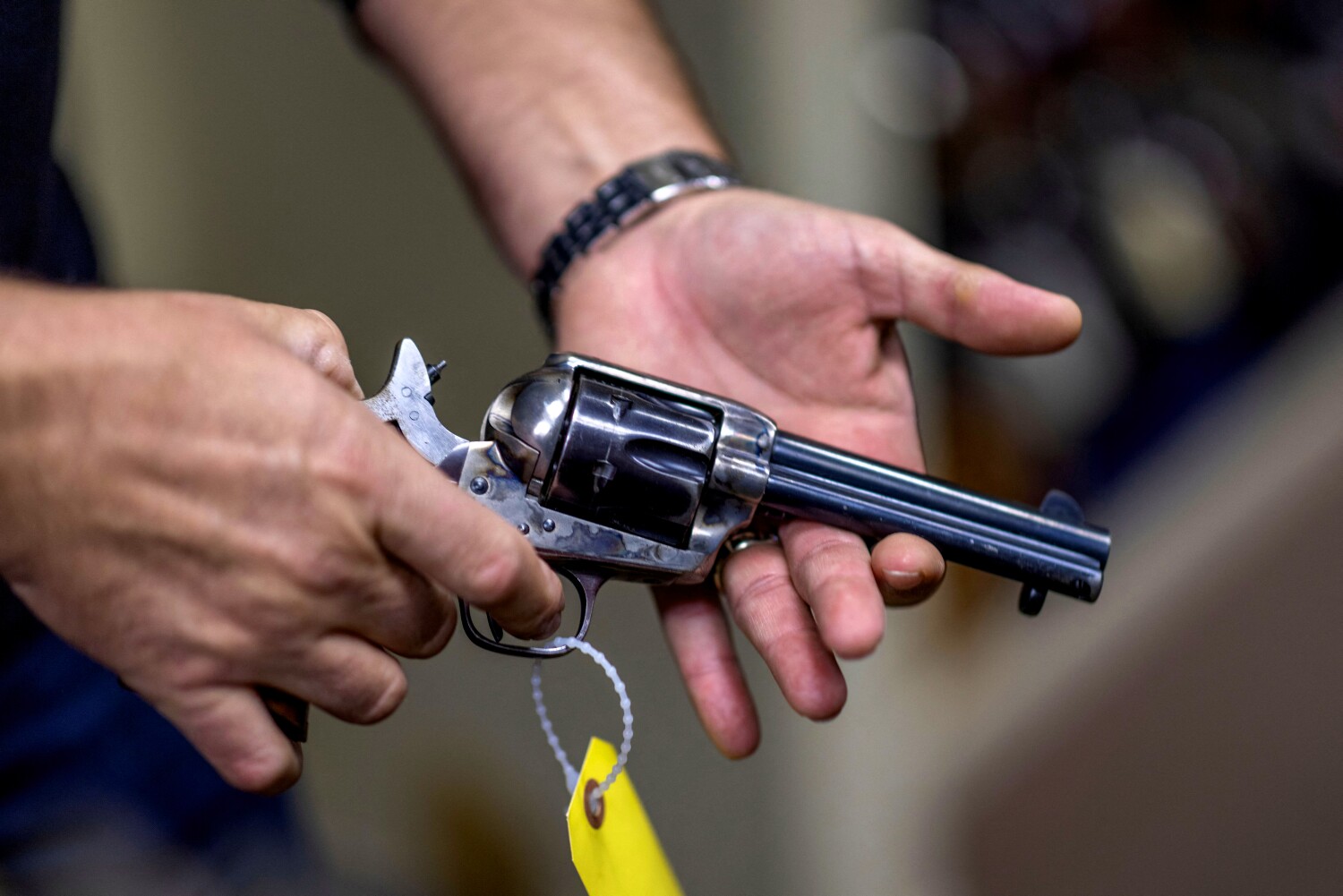 Another proposed law that would regulate the use of firearms on film and television sets in California has failed to gain support from both Hollywood unions and the film industry after a last-ditch effort this week to find common ground.

In May, State Senator Anthony Portantino (D-La Cañada Flintridge) withheld two dueling bills that had made their way through the legislature, urging the two sides to find consensus. Last week’s desperate meetings between the unions and the Motion Picture Assn. in a bid to agree terms before the time for this legislative session is up, said a person close to the talks. However, the two sides could not come to an agreement in the required time, the MPA confirmed to The Times.

“The Motion Picture Association and our member studios remain committed to improved firearm safety and training programs, and we are grateful to Senator Portantino for his leadership on this matter,” said Melissa Patack, vice president of state government affairs at the MPA, in a statement.

The new law would have been the first major law passed after the assassination of cinematographer Halyna Hutchins, who was shot dead by Alec Baldwin on the set of Rust. After last fall’s tragedy that rocked the industry, lawmakers called for a ban on real guns on sets and introduced several bills this year. The lack of progress on significant changes to film sets after the accident is likely to draw criticism.

But the MPA, which lobbies for studios like Walt Disney and Warner Bros. and streaming platforms like Netflix, said it would seek to agree on a bill, though a bill won’t be voted on until next year.

“After the adjournment of the California Legislature, we will explore all avenues to advance the legislation and also work with the Industry-Wide Labor Management Safety Committee to support the appropriate safety bulletins,” said Patack.

Earlier this year, California senators pushed for competing bills in the wake of the fatal shooting.

Senator Dave Cortese (D-San Jose) offered Senate Bill 831, which was supported by Hollywood’s major unions such as the International Alliance of Theatrical Stage Employees (IATSE) and the Directors Guild of America, but not the MPA.

The MPA instead threw their support behind the narrowly focused SB 829, which was supported by Portantino.

The two bills fell through the California Senate’s Appropriations Committee in May. At the time, Portantino said he was holding back the bills because there was no consensus in the entertainment industry about possible legislation.

Both bills would require training for gunsmiths and crew who handle guns on set, as well as penalties for producers who break rules. But one key difference — and where an impasse remains — is in the role of a security adviser, said a person close to the talks.

After Hutchins’ death, California lawmakers announced plans to ban guns on film sets entirely. However, there was a backlash from gunsmiths who supply the guns and manage them on the sets. Some called the effort to ban guns “misguided”.

They feared that this would affect their livelihood and move production to more gun-friendly states.

Other states are considering legislation to regulate the use of guns on film sets in the wake of the Rust tragedy. State Senator Kevin Thomas of New York proposed banning live ammunition on film sets and requiring cast and crew to undergo firearm safety training in scenes involving firearms.

After the accident, Rust Movie Productions LLC stated that cast and crew safety was its top priority, that it had received no official complaints about the safety of guns or props on set, and that it was cooperating with Santa Fe authorities in their investigation.

In this case, criminal charges have yet to be filed.