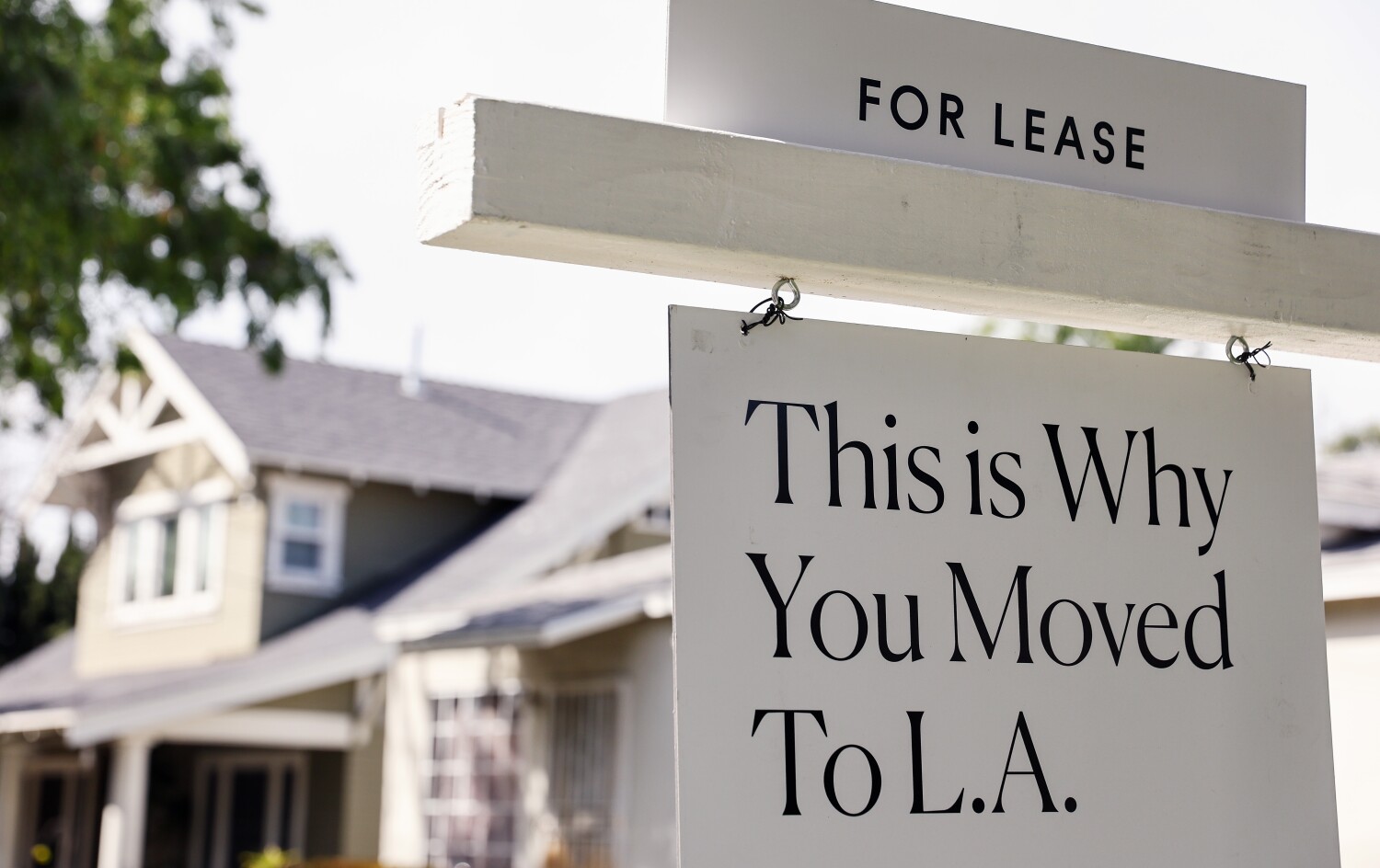 When prospective renters go house hunting in California, they often pay repeatedly when they apply for a unit.

Application fees can be annoying, discouraging some renters from doing a thorough search and increasing the challenge of finding an affordable home.

Anna Maciaszek, who moved to Los Angeles from Florida in January, knows this too. She contacted more than 50 landlords and landlords about apartments, but received no response from most. She eventually found a rental apartment in Santa Monica with a flexible lease after declining to apply for two other apartments, partly because of the fees involved.

“They drive prices to astronomical levels just because they can,” said Maciaszek, 35. “I went to a few places and checked — it was an absolute dump for what the landlord was asking.”

Assembly Bill 2559, which the California Senate approved Monday, seeks to relieve renters of some credit and background check costs, as other states have done. It would allow renters to buy reusable credit reports instead of paying for new ones every time they apply for an apartment.

To the disappointment of some tenant groups, the Senate amended the bill to allow landlords to voluntarily accept the reusable reports, meaning apartment owners can still order reports from their own provider, according to Mike Blount, chief of staff to Assemblymember Christopher M. Ward (D-San Diego), who sponsored the bill.

Landlords may charge prospective tenants a screening fee of $30 or more per application.

In an interview, Ward said that starting with the option of reusable reports would allow landlords and potential tenants to become more familiar with them. At a later date, he said, there could be a conversation about making reusable reports the norm.

The bill now goes back to the Senate Amendment Assembly, the last step before it ends up on Gov. Gavin Newsom’s desk. If the law passes and Newsom signs it, California would become the third state, after Washington and Maryland, to implement legislation allowing for reusable screening reports.

The reports would be valid for 30 days and would include an employment review, a credit check and a seven-year eviction history. Landlords could access a third party’s reports.

Ward said he’s heard from speaking to constituents that some units have 30 or more applicants.

“Unfortunately, it’s becoming increasingly common for tenants to pay a lot more application fees and have to apply for multiple properties because of limited supply,” he said. “It’s really a burden for middle- and low-income Californians trying to make ends meet, on top of all the high cost of living that’s occurring today.”

The bill comes as LA County’s home vacancy rates hit a two-decade low. According to CoStar, a real estate company that tracks buildings with five or more units, the vacancy rate fell to 3.5% in the second quarter of this year, the lowest since 2001.

“First of all, this is California and there isn’t enough new housing being built in general so demand is still very, very high,” said Jay Lybik, an analyst at CoStar. “For LA County itself, we continue to see very strong demand for multi-family homes.”

The rental market is becoming more competitive as students return to LA for college, said Dowell Meyers, professor of urban planning and demography at USC.

“No one likes filling out paperwork, and the paperwork itself is a barrier that keeps people from applying to many places,” Meyers said. “I think a standardized application form would take less work off landlords and landlords and consumers too. So this is a good idea and requires some coordination.”

“The watered down law is another example of the state legislature failing California’s renters and failing to adequately respond to the housing crisis we are facing,” said Larry Gross, executive director of the Coalition for Economic Survival.

Gross, whose organization operates a tenant rights clinic, said he’s heard from Angelenos who say they can’t afford to pay the credit report fees required in the application process. He doesn’t believe renters should pay for credit reports and that landlords should pay the full cost.

“It’s the scene from ‘Mad Max’ for renters trying to find apartments these days,” he said. “By the time they apply, those apartments will already be gone. Honestly, we haven’t seen the worst yet because safeguards are still in place in the city of Los Angeles, and when those expire, all we’re going to see is an avalanche of evictions and more people trying to find more rental housing.”

Why Aren't You Wearing More Beams Plus?

1st Native American US treasurer to be appointed by Biden

Who is Cassidy Hutchinson? Trump White House aide on Jan. 6