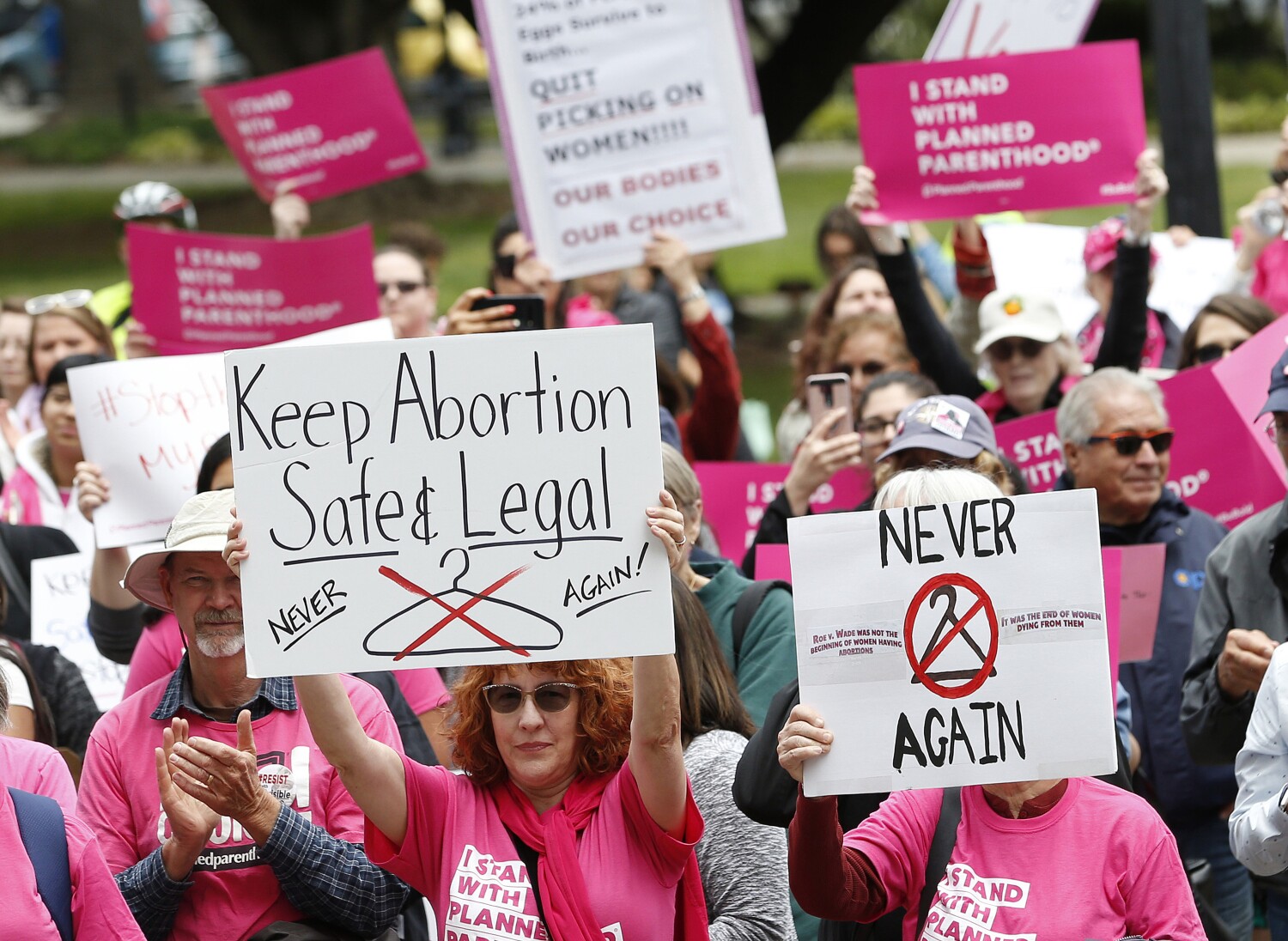 Democratic lawmakers hoping to solidify California’s long-term abortion and contraceptive rights will introduce a bill Wednesday urging voters to enshrine those protections in the state constitution.

Senate Amendment 10 by Senate President Pro Tem Toni Atkins (D-San Diego) is the latest backlash by California Democrats to reports that the U.S. Supreme Court is poised to overturn the nearly 50-year-old landmark Roe vs. Wade decision that states in it prevents criminalizing the process.

Atkins’ amendment would not expand California’s already progressive reproductive health laws, which ensure a woman’s right to abortion and contraception, including the right of minors to access services without parental notification or consent. But she said the relentless challenges to abortion access in other states made her realize California’s case law and statutory laws may not be enough.

“This is a public health decision,” Atkins said. “And we should see it that way, too. …You don’t always think about needing this until you need it. And that may be the privilege that we’ve had for 50 years, but now a whole generation of women have to think about it, and especially those who don’t live in California or states like California.”

The timetable for the adoption of SCA 10 is tight. The proposal must pass the Senate and state assembly with a two-thirds vote in each House and be signed by Gov. Gavin Newsom before the June 30 deadline to include a measure in the statewide vote in November. The Democrats have enough seats in both houses to pass the amendment without Republican support.

Newsom, Atkins and Assembly Speaker Anthony Rendon (D-Lakewood) first announced last month that they would seek the constitutional amendment. Atkins and Rendon are co-authors of the bill along with dozens of other Democrats.

“California will not stand by as women across America are deprived of their rights and the progress that so many have fought for is wiped out,” Newsom said in a written statement co-signed by Atkins and Rendon. “We will fight.”

If the measure makes its way into the November election, the abortion rights debate could increase turnout and be a key issue for candidates to face in contentious national and legislative races. According to a poll by the nonpartisan Public Policy Institute of California earlier this year, 76% of the state’s likely voters said they didn’t want Roe vs. Wade tipped.

Newsom wrote on Twitter last month that abortion rights will be “the defining issue of the 2022 election.”

Erwin Chemerinsky, dean of UC Berkeley Law, said the issue of abortion access raised at the ballot box could increase voter turnout, but “it could go both ways.”

“The reality is that this is more symbolic than anything,” Chemerinsky said, adding that it allows California politicians to get on record with their support for access to abortion.

“The California Constitution expressly protects the right to privacy, which was designed to protect the right to an abortion,” Chemerinsky said. “Therefore, this constitutional amendment would not change the law in California. It would be more explicit, because if there ever was a conservative Supreme Court in California, it couldn’t eliminate abortion rights. But the reality is that if there is ever a federal law banning all abortion, it would supersede and preempt California law.”

California’s Democratic leaders began mobilizing last year in response to perceived threats to Roe vs. Wade, with Newsom calling on Planned Parenthood Affiliates of California and others to develop a plan for the state to become a safe haven for anyone finding abortion services in other parts of the country are denied .

The coalition, the California Future of Abortion Council, recommended changes in December 45 to improve access and add capacity should other states ban abortion. Lawmakers introduced more than a dozen bills related to the Abortion Council’s recommendations this year.

A bill signed into law by Newsom in March would require state-licensed health insurers to cover the full cost of an abortion, with no co-payment, deductible, or other co-payment, which can average anywhere from $300 for a drug abortion to almost $900 for a procedural abortion, according to the California Health Benefits Review Program.

Jodi Hicks, president of Planned Parenthood Affiliates of California, said the California Future of Abortion Council’s recommendations set up a “nightmare scenario” in which Roe vs.

“California has laws that protect a person’s right to choose to have an abortion,” Hicks said. “What we want, and sadly believe is necessary, is to provide constitutional protections to ensure that people’s fundamental rights are protected, whatever happens to the Supreme Court, whatever happens at the federal level, or even changes to the composition of ours state legislature now and for generations to come.”

Newsom’s current budget proposal includes $125 million earmarked to expand access to abortion and prepare for more women to travel to California for reproductive care. He also added $40 million for abortion service providers to cover those who are not insured. The governor and lawmakers are expected to approve the foundations of a new state budget next week.

Atkins said Tuesday that the proposed investments and legislative changes show the state’s commitment to be a “beacon of hope” for those living in states that enact anti-abortion laws.

“California will double,” Atkins said. “We will make sure we have that right solidified and we will go further and strengthen our basis to provide services to Californians. We already know that women come here from other places to have abortions. We need to make sure we can meet the needs of Californians as well as anyone else who might come here.”

The cadence of war and its human toll: A photojournalist's perspective

The Biggest Bank in the World