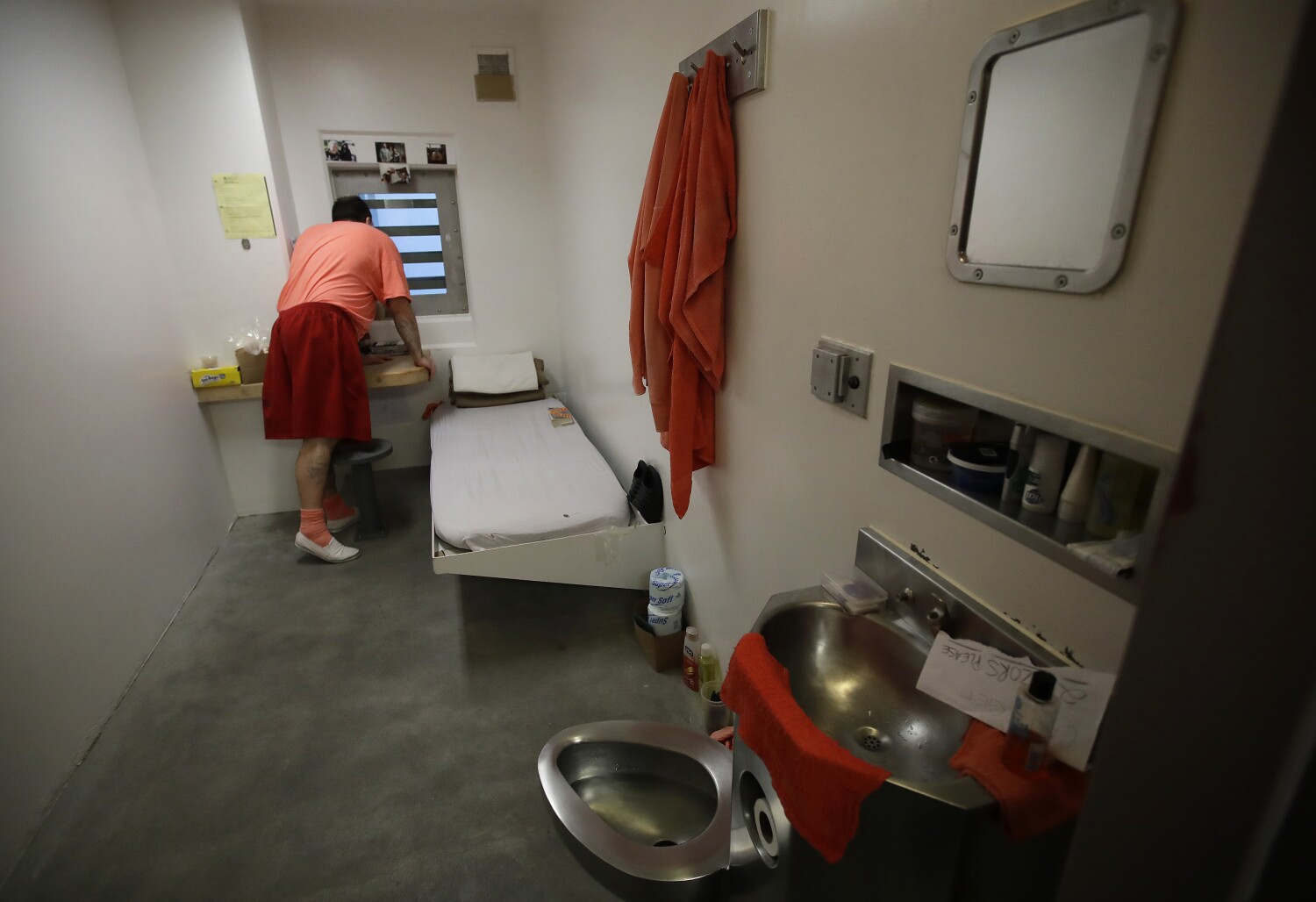 California lawmakers on Tuesday sent Gov. Gavin Newsom a bill to limit solitary confinement in jails, jails and private detention centers and ban its use for vulnerable populations like pregnant women and the elderly altogether.

The fate of the bill, Assembly Bill 2632, has remained uncertain during this year’s legislature due to strong opposition from law enforcement groups and concerns from the California Department of Justice over the price of the bill.

The state corrections agency estimated the solitary confinement restrictions could mean more than $1 billion in one-time costs to expand the programming room and practice yards, and $200 million a year to maintain the staff needed to comply with the new regulations is required.

Supporters of civil rights and criminal justice reforms said the numbers were inflated and the restrictions were necessary to protect human rights and prevent abusive treatment of those in custody.

“The international community has made it very clear that solitary confinement is torture. There has to be some caveats and restrictions on how it’s used and when it’s used,” said Assemblyman Chris Holden, the Pasadena Democrat who authored the bill. “We’ve seen far too many instances where solitary confinement has been used not just to correct behavior or isolate for a period of time, but to really break people, break their spirits, break their will.”

The legislation defines solitary or separate confinement as the holding of a person in a cell or similar space with severe restrictions on physical activity and movement and minimal or no contact with anyone other than prison staff for more than 17 hours a day. The bill also covers cases where someone is locked up with a cellmate but cut off from other contacts and services for most of the day.

The bill limits such detention to no more than 15 consecutive days and a total of 45 days in any six-month period. These isolated individuals would be allowed a period of time outside their cells to access services, treatment, rest and meals unless there was a significant safety risk.

Solitary confinement would be prohibited for those under 25 or 60 and older, those with certain physical and mental disabilities, and those who are pregnant or in the postpartum recovery period.

Staff would have to follow a strict protocol when placing someone in solitary confinement, including documenting why the person was separated and conducting consistent mental health monitoring and frequent screening. The Office of the Inspector General and the California Board of State and Community Corrections would have to audit correctional facilities for compliance each year and produce an annual public report.

“We believe that the restrictions on certain types of accommodations will reduce the security of the facilities for other incarcerated individuals, including individuals who may themselves need protection,” Salzillo said, adding that facilities often have gang affiliations or hostile factions , which require additional security measures.

“They should not be placed with specific groups or individuals and the strict legal restrictions would make this difficult,” he said.

During debates on the legislation, Republicans expressed concerns that limiting solitary confinement would encourage violence, even murder, among inmates. The bill includes contingencies for violent situations by giving employees the discretion to keep specific people in individual settings as long as they have access to services and time away from the cell.

“When you have the revolving door, ‘OK, you have a couple of weeks and then you can go back out there and do it all over again,’ then where’s the incentive not to engage in that type of behavior? There aren’t any,” Sen. Melissa Melendez (R-Lake Elsinore) said Monday during the Senate debate.

However, proponents of AB 2632 say solitary confinement is more likely to negatively impact rehabilitation and lead to increased recidivism rates. The legislation is the result of years of legal efforts to change conditions at California facilities.

“Solitary confinement does not prevent violence, it actually destroys the body and mind and increases the likelihood that individuals will harm themselves or others,” said Hamid Yazdan Panah, advocacy director of Immigrant Defense Advocates, one of the organizations supporting the law.

California settled a class-action lawsuit in 2015 alleging that hundreds of people held at Pelican Bay State Prison had spent lengthy periods in solitary confinement, some for over a decade.

Isolated people in prison had started hunger strikes in 2011 and 2013 to protest the conditions, paving the way for the lawsuit alleging that people in segregated facilities spend most of their day in cramped and windowless spaces and without human beings contact or services spent.

A lawsuit filed in 2018 similarly alleged that incarcerated people in Sacramento County jails faced “harsh, prolonged, and improper isolation” in which they were deprived of “human contact, programming, fresh air, and sunlight” for weeks or months. were deprived of time.

Margot Mendelson, legal director for the nonprofit Prison Law Office of Advocacy, said AB 2632 would strengthen accountability in California’s correctional facilities and better align the state with its values ​​of criminal justice reform.

“It has the potential to reduce a lot of serious damage,” Mendelson said.

The assembly finally approved the bill by a vote of 41 to 16. Newsom has until September 30 to sign or veto the measure.

The Senate has a climate deal. Now comes the hard part

Latinas are an emerging force in Orange County politics