A Thousand Oaks animal shelter has faced a barrage of hateful messages and threats since the owner announced it would screen potential adoptees for their stance on gun ownership and reform.

Shelter Hope Pet Shop owner Kim Sill said in a recent newsletter that her team would add a question to its screening protocols: “What is your stance on gun control?”

But since multiple news outlets wrote about the shelter’s decision — including a segment on Wednesday questioning the change to Fox News’ “Tucker Carlson Tonight” — Sill said she’s received an onslaught of hateful messages and violent threats .

When she arrived on Friday, Sill was too distraught to discuss politics at length and said she feared for her life after receiving so many threats. She said she is awaiting help and updates from the Ventura County Sheriff’s Office after reporting dozens of voicemails, emails and calls threatening her and the store.

She also said she plans to close the shelter for at least a few days because of the vitriol attack.

Sergeant Jason Karol, a public information officer with the Ventura County Sheriff’s Office, said investigators are investigating the threats. He could not give a current number of reported threats because they are ongoing.

“There’s a lot of calls and emails coming in,” Karol said. “It’s an ongoing thing.”

He also declined to confirm whether any threats were deemed credible, but said investigators had been in contact with Sill since the issue entered public discourse.

“A large majority of [the threats] are out of state, so they work with outside agencies to see if some of them are credible,” Karol said.

“Our community of Thousand Oaks became part of every other city in America that now has a reputation for mass murder,” the newsletter reads. “There is no way Shelter Hope Pet Shop will continue to operate if we are remotely part of the problem. We support teachers, children and businesses that provide services to the public, but we are fed up with all the senseless killing.”

“In 1998, my sister was shot by her husband,” she told the outlet. “He bought a gun without a mental health check two days earlier and killed her.”

The newsletter explained that the shelter already has a lengthy interview process for people who want to adopt pets, including questions about their age and living situation. The issue of gun control would just come along, Sill said.

“Adoption centers like mine reject people for all sorts of reasons,” Sill told Fox News. “They can turn you down for the type of dog food you tell them you will use on the dog they want, or the type of cat litter.”

She told the news outlet that people’s attitudes toward guns are relevant because she’s known for making house calls to respond to pet emergencies.

“God forbid if you’re having a stroke and your wife calls me and tells me to come over to your house and get the dog,” Sill said. “I may not feel safe coming to your house knowing that you are very radically opposed to the fact that I think it’s not okay for an 18-year-old to have a gun.”

The shelter’s June 1 Facebook post promoting the new policy received nearly 2,000 comments, the vast majority of which questioned it or directly disparaged Sill or the store. But Sill wrote in the newsletter that she made the policy to support her community.

“We live in the only country in the world that continues to support guns, not communities,” Sill wrote in the newsletter. “We will continue to support our community, but if you are a guns professional and believe a background check is not required, then do not come to us to adopt.”

Commentary: My life as an intersex comedian living every letter in the queer alphabet 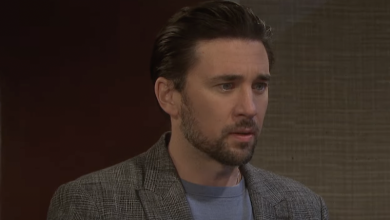