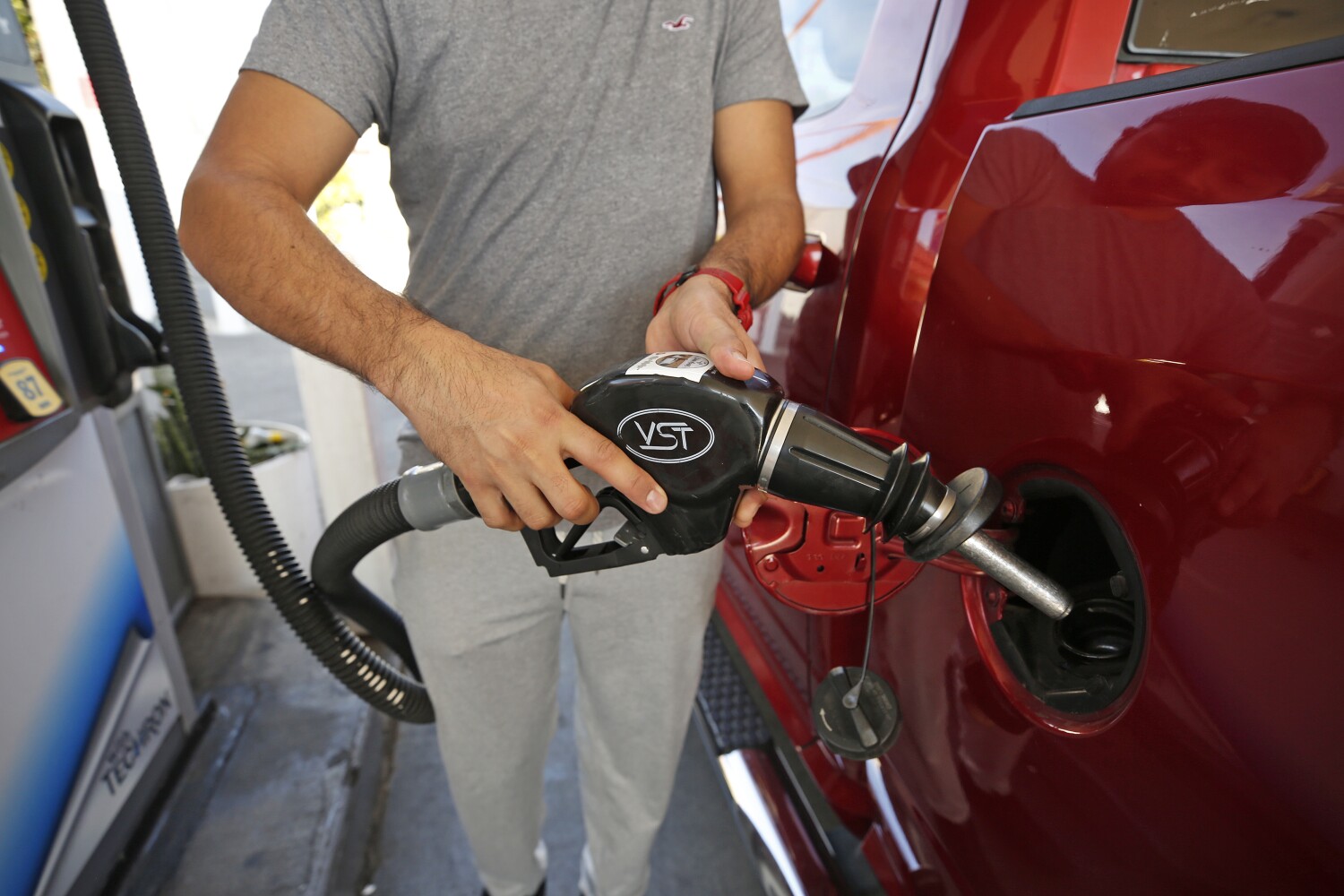 California’s aviation regulators will vote on Thursday on a historic plan that effectively mandates all new cars sold in the state must be zero-emission vehicles by 2035 — a decision that would put the nation’s most populous state at the forefront of phasing out internal combustion engines and the noxious, planet-warming gases they emit.

If approved, the regulations are expected to significantly reduce carbon emissions from vehicles, as well as smog-forming nitrogen oxides, over the next two decades. It could also be game-changing in transforming America’s aging fleet of gas-powered cars.

“The climate crisis is solvable if we focus on the big, bold steps needed to stem the tide of carbon pollution,” Gov. Gavin Newsom said on Wednesday. “California now has a groundbreaking, world-leading plan to achieve 100% zero-emission vehicle sales by 2035. It’s ambitious, it’s innovative, it’s the action we must take if we are serious about leaving this planet better for future generations. ”

The proposed rules would establish a credit system for automakers that supply California dealerships and take effect in 2026. This year, 35% of all new cars an automaker sells to California dealerships would have to be either zero-emission, plug-in hybrid, or hydrogen-powered vehicles. That would increase to 68% by 2030 and 100% by 2035.

If automakers fail to meet the mandated percentages, they would have to receive credit from another manufacturer that exceeded that quota. The state could also penalize automakers that don’t meet the targets, fined them around $20,000 for each vehicle that doesn’t meet their target in a given year.

In the two years since Newsom signed an executive order directing the California Air Resources Board to plan to phase out sales of new gas-powered vehicles, the board has avoided calling the policy a “ban.”

“Some new gas-powered vehicles may still be sold, but they must be plug-in hybrids,” the board’s website reads. However, these so-called PHEVs must be able to drive at least 50 miles on batteries before switching to gas.

In addition, state officials say the plan would reduce smog-forming nitrogen oxides by more than 25% by 2037. They estimate the rule will result in over 1,400 fewer heart disease deaths and help Californians avoid more than 700 emergency room visits for asthma between 2026 and 2040.

Although the rule could potentially signal the end of gas-powered cars, some environmental groups say the interim targets are not ambitious enough.

Regina Hsu, senior associate attorney for Earthjustice, said several countries have more ambitious targets, including Norway, which plans to phase out new gas cars by 2025, and the Netherlands, which aims to have all zero-emission vehicles by 2030, according to US, Washington Gov. Jay Inslee set a goal to phase out new gas cars in the state by 2030 (although it’s a non-binding commitment).

“The ramp we see isn’t as severe as it could be,” Hsu said. “We think, that [the air resources board] somehow missed an opportunity to be more ambitious here. And that rule will leave clean air and climate benefits on the table.

“Based on automakers’ forecasts, this rule is not that ambitious,” Hsu said. “We think it kind of tracks what the automakers are planning, and it doesn’t have these regulatory mechanisms that push them to do more — especially in a state like California where we have regions with the worst air quality in the country.” ”

California is the only state that can regulate cars, due to a provision in the Clean Air Act that allows it to seek an exemption from federal regulations. Other states can follow California’s stricter standards, including the zero-emissions targets to be voted on this week.

Today, California is home to approximately 43% of all electric vehicles nationwide. In 2021, about 12% of new car sales were zero-emission or plug-in hybrid vehicles.

However, the organization has a number of concerns about what this transition to 100% zero-emission vehicles will look like.

In public comments to state officials, the group raised concerns about supply chain stability, including higher demand for commodities (like lithium, which is used to make electric car batteries).

Dealers and consumers have seen new car prices soar to all-time highs, fueled by rising inflation, a crippling semiconductor shortage and increased demand amid the pandemic.

“Assuming this rule is passed, we need to do what we can to help manufacturers figure out how to lower the price of making these cars,” Maas said. “Because if they’re not affordable for consumers, that delays the shift to electrification.”

He argued that the California Air Resources Board should establish a formal review period to assess market conditions halfway to the 2035 target.

“I think we’re challenging Californians — and the other states that will follow California — to change the way people travel in ways that haven’t changed since we went from horses to internal combustion engines,” Maas said.

“We’re going to have to change the way we fuel these vehicles, from fuel stations to chargers. We need to figure out how to repair these vehicles. How long do the batteries last? How are batteries recycled? So there are a lot of questions related to this – all grouped under the rather worthy goal of saying, “You know what? We need to switch to electrification because it’s better for our society.” We’re all committed to that. We just want to make sure we’re all working together on this journey to answer all of these questions,” he said.

https://www.latimes.com/environment/story/2022-08-25/california-poised-to-ban-sale-gas-powered-cars-2035 California poised to ban sale of gas-powered cars by 2035

The Business of Being Evan Mock Is Booming

Claremont party furor: Why was choir at ‘dirty Santa’ event?